The Toronto Maple Leafs' disappointing, rollercoaster season is further proof of an old hockey adage: The road to the top of the National Hockey League does not run in a straight line.

And if they're worried about possible off-season changes to the team, on and off the ice, Leaf fans should consider the previous employer of the fellow who would have to impose those wholesale changes – Maple Leaf Sports and Entertainment president and chief executive officer Tim Leiweke. The Los Angeles Kings won the Stanley Cup in 2012, and they did so in part because their then-boss, Leiweke, allowed general manager Dean Lombardi to stick with his slow-and-steady rebuilding plan instead of forcing him into radical moves when things did not go as smoothly as hoped.

Leiweke, by the way, declined Monday to opine publicly about the sorry state of the Leafs. He said there will be a formal press conference after the team's season concludes, and he will remain silent until then.

While a detailed comparison of the Kings and Leafs is not useful – I am not going to argue that those Kings and Drew Doughty and these Leafs and defenceman Dion Phaneuf are in the same hemisphere. But there are some rough parallels.

By the spring of 2010, the Kings made the big jump up the standings that pretenders-turned-contenders have to do early in their development. After six consecutive seasons out of the playoffs, they finished sixth in the Western Conference. Then they lost in the first round of the playoffs to the third-place Vancouver Canucks in six games.

All things considered, though, it was a promising season. Two defencemen were their leading playoff scorers, Doughty and Jack Johnson at seven points each, and Doughty was an emerging superstar. Plus, their best forwards were quite young – Anze Kopitar at 22 and Dustin Brown at 25. And they had a promising sophomore goaltender in Jonathan Quick, who grabbed the top job ahead of a fellow named Jonathan Bernier.

Just like Leaf fans, Kings' supporters thought that after nearly winning a round in the previous playoffs, the next season would be even better. But on Mar. 26, 2011, Kopitar broke his ankle. There went much of the Kings' offence. They finished seventh and were again knocked out in the first round of the playoffs in six games, this time by the San Jose Sharks.

Granted, Leiweke put some pressure on Lombardi to get the team moving, but the ensuing upgrades were Lombardi's. He traded for centre Mike Richards and, at the trade deadline, added Richards' old friend Jeff Carter, considerably beefing up the offence.

Lombardi fired head coach Terry Murray in December, 2011, and replaced him with Darryl Sutter, a long-time friend who is remarkably similar to Leafs head coach Randy Carlyle – neither adores young players and both are demanding of all players.

The reason Lombardi was able to fit Carter and his 11-year contract at $5.28-million per season under the Kings' salary cap was because he resisted the temptation a year earlier to sign Ilya Kovalchuk, the brightest bauble on the 2010 free-agent market. Sometimes, the oldtimers like to tell you, the best move is the one you don't make. Kovalchuk was great from the blueline in, but invisible in his own zone. Sound familiar Leaf fans?

Despite the changes, and a host of pundits tabbing them in the top three, the Kings fell another rung down the ladder and finished eighth in the Western Conference, grabbing the last playoff spot. But the Kings were getting better toward the end of the 2011-12 season, and they peaked in the playoffs, finishing as champions.

So it's a fine line between success and mediocrity in pro sports. A safe bet is that if the Kings had missed the post-season in 2012, heads would have rolled, starting with Lombardi's. Someone else would have started a new rebuilding plan and the progress might have been halted.

The Leafs are not yet as good as the Kings were in 2011, and they are not ready to be torn apart. Their problem is as much personality – too many Kovalchuks and not enough Richards on the roster – as it is talent.

Since Leafs general manager David Nonis was given a five-year contract extension last summer and encouraging words a few weeks ago, it seems Leiweke believes in his patient approach here, too. It was never going to be easy. 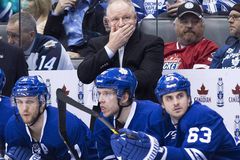 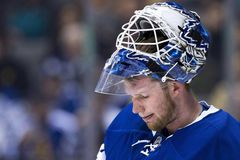 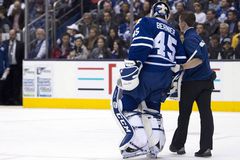 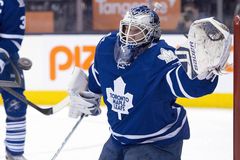