The idea may have come from the Columbus Blue Jackets, but Toronto Maple Leafs general manager David Nonis still deserves much credit for the game-changing David Clarkson trade.

Not only did he go a long way toward preserving his own career with the Maple Leafs, but Nonis gave the rebuilding program he is conducting with team president Brendan Shanahan a superb launch. In a deal that stunned observers around the NHL, the Leafs and Blue Jackets mutually solved their worst contract problems on Thursday when Clarkson, 30, was sent to Columbus for fellow forward Nathan Horton.

An added bonus for the Leafs was a rare win, a 3-2 decision over the Philadelphia Flyers. Leafs goaltender Jonathan Bernier did his best to join defenceman Morgan Rielly on the team's short untouchable list with a remarkable 47-save performance at the Air Canada Centre.

Both Nonis and Blue Jackets GM Jarmo Kekalainen can thank the NHL's wonky economics for offering a way out of their problems.

With Horton, 29, a long shot to play in the NHL again due to a serious back injury, the wealthy Leafs will gladly pay the five years and $26.1-million (all currency U.S.) left on his contract after this season. Under the long-term injured reserve rules, the Leafs don't count Horton's $5.3-million salary-cap hit if he can't play again and they decide to spend to the cap limit before his contract expires. The Blue Jackets, whose financial circumstances are far more modest than the Leafs, gladly took on Clarkson's contract, which also has five-plus years remaining with a similar cap hit of $5.25-million, because they will at least get someone who can play in return for all that salary.

In most long-term injury cases, an insurance policy pays most of the injured player's salary. But when the Blue Jackets signed Horton on July 5, 2013 (the same day Clarkson signed with the Leafs), they elected not to pay for a pricey insurance policy on the contract. Fortunately for the Leafs, that decision drove the Blue Jackets in their direction.

"With Nathan Horton there was a possibility we would have been paying 26 million for the next six years to sit in the stands," Kekalainen said. "This is a very important financial decision for us."

Clarkson is a Toronto native who was thrilled to be coming home in 2013 but he was never able to transfer the gritty game that brought him success with the New Jersey Devils to the Leafs. He was a 30-goal scorer for the New Jersey Devils through working the corners and front of the net. In 118 games for the Leafs, Clarkson managed just 15 goals and 11 assists and became a huge distraction around the team as his contract came to symbolize the struggles of management.

Nonis took a lot of heat for the contract, which appeared to be an albatross around the team's neck because in addition to the out-sized salary, Clarkson had no-move rights. But most of those ripping Nonis for the deal managed to forget there were several other teams waving the same kind of money at him.

Getting out from under the contract as the Leafs embark on a rebuilding program as the NHL's trade deadline approaches on Monday – Clarkson was the fourth player traded off the Leaf roster in the past two weeks – was a master stroke by Nonis.

"The money lined up, which was a big part of it," Nonis said. "From Columbus's standpoint, they were looking to get a player in for that money and we get a player [Horton] that if he could ever come back is an elite player.

"In the event he can't, we created some cap space."

Nonis said Clarkson came to realize he needed a fresh start elsewhere and agreed to waive his no-move clause when the GM approached him about the trade.

"Sometimes, players for whatever reason don't fit in a certain city or with a certain organization," Nonis said. "I believe in David. I think he's going to go there and play well. He's going to go fit in with that group and have the impact there that we hoped he would have here."

Horton only played 36 games for Columbus, with four goals and 14 assists, due to the back injury. He was a 20-goal scorer before that with the Florida Panthers and Boston Bruins, and won a Stanley Cup with the Bruins in 2011 but Kekalainen said there is "a good chance" his NHL career is over.

Nonis said he does not have any other trades cooking right now but "if there are trades that make sense for us, we're going to do it." 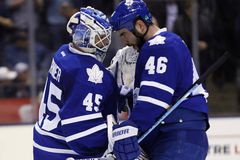 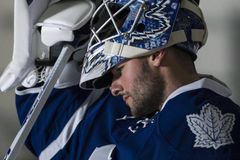 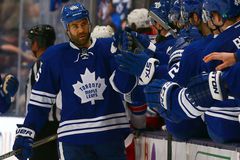