Leon Draisaitl couldn't get enough of the National Hockey League when he first came to North America.

A German teenager living in the small city of Prince Albert, Sask., and playing for the local Western Hockey League team, Draisaitl said he consumed more hockey than his billet Carole Ring had ever seen — and she'd been hosting players for decades.

"I'm sure some nights she wanted to watch something else, but that wasn't OK with me," Draisaitl said with a laugh.

Though sometimes lost in the shadow of Connor McDavid, Draisaitl is already a starring attraction himself for the Edmonton Oilers. The 21-year-old is right there among the league's top-20 scorers this season with 17 goals and 42 points in 49 games. He'll soon eclipse the impressive 19 goals and 51 points he managed in his rookie campaign.

Germany has produced less than 20 full-time NHL players, but hockey has always been in Draisaitl's bones. His father, Peter, was a long-time centre and coach who helped Leon develop an intuition for the game.

"He just always seems to find the right words for me, whether it was giving a tap on the back or giving me a tip," said the younger Draisaitl, who still talks to his dad after every game. "But also my parents in general, my sister too, the hours they spent in ice-cold German crappy rinks.

"I'd be nowhere near where I am without them right now."

The family — which includes his mom Sandra and sister Kim — visited Edmonton during the Oilers recent six-game homestand.

Draisaitl is a geek for the NHL, studying players closely — particularly former Red Wings great Pavel Datsyuk and Kings captain Anze Kopitar — in the years before he made the league. He'll still flip on a game any time he's at home, a tradition that dates back to those days as a Raider in Prince Albert, or "PA" as he calls it.

Draisaitl just didn't have that kind of access to the NHL in Germany and couldn't help but take advantage.

"Obviously with the time difference back home you would have to get up at two, three in the morning (to watch)," he said. "Which doesn't mean I didn't do that either. I did that as well. But it was just easier, you could watch pretty much any game you want, any player you want.

The Raiders used the second overall pick at the 2012 CHL import draft on Draisaitl, but then-general manager Bruno Campese wasn't actually sure he'd get the big centre who could make plays "through the roof" over to North America.

The Draisaitls weren't too keen on coming to PA. Peter Draisaitl wasn't sure if it was the right place for his son.

So Campese, now a scout for the Las Vegas Golden Knights, went to Cologne and over two and a half days laid out why Prince Albert offered the best possible stepping stone to the NHL and first-round draft status.

Draisaitl, who had options to play professionally somewhere in Europe, said it meant it a lot to his family that Campese made such an effort. Campese eventually won them all over.

"The greatest thing that happened to Leon was that he came over and played in the Canadian Hockey League," said Bruce Hamilton, the owner, president and general manager of the Kelowna Rockets, Draisaitl's last stop in the WHL. "He would never have got to the level (he's at) as fast as he is by playing over there I can tell you that right now."

Hamilton believes the hectic schedule and hockey-obsessed environment in PA was perfect for Draisaitl's development.

"Obviously PA is not, as people know, not the nicest or not the best city, but for me at that point it was perfect because I could really focus on hockey," Draisaitl said.

An expert passer who Campese said "just has an uncanny ability to find seams," Draisaitl seems likely to drive his own line in the long-term for Edmonton, but since early December he and McDavid have played alongside one another and been exceptional — hovering around 56 per cent possession.

Each has rung up 25 points in 25 games in that span — tied for seventh-best in the league entering Tuesday's action.

Draisaitl, with 102 points in 158 games, stands an excellent chance of passing Marco Sturm's 487 career points and becoming the highest-scoring German NHLer ever.

Dubbed the "German Gretzky" before he made it to the NHL, Draisaitl actually took a year off from hockey as a kid to pursue soccer, Germany's most popular sport.

"Hockey was just my thing I guess," he said. 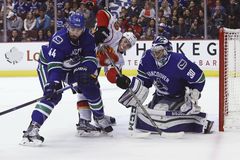 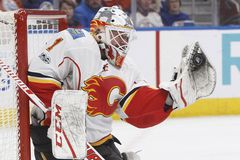