Nicklas Lidstrom was a player who used his brain as well as his hockey skills to be one of the best defencemen in NHL history.

"He made my life pretty easy, I'll tell you that," said Scotty Bowman, who was Lidstrom's coach for eight seasons with the Detroit Red Wings and won three Stanley Cups with him. "He was just a wonderful player. One of a kind."

Unfortunately for the Red Wings and the NHL, the man most hockey observers say is second only to Bobby Orr as the best defenceman in history is expected to announce his retirement Thursday after 20 seasons. Red Wings general manager Ken Holland declined to say why the team called a news conference, which both he and Lidstrom will attend, but a retirement announcement is expected.

Where Orr's talent and flair for the dramatic made him the focus of almost every game he played in, dashing and darting from end to end and performing feats of wizardry with the puck, Lidstrom was the opposite. He did not often pull fans out of their seats with brilliant solo rushes. His skill came in quickly analyzing an opponent's moves and guiding the puck out of danger in his own end or getting it to a teammate in scoring position at the other end.

"I was always amazed," Bowman said. "I don't remember him getting caught up the ice and leaving his defence partner to defend an out-numbered situation. It was just uncanny the way his whole game evolved. He was so good at keeping the puck."

The astounding thing about Lidstrom, according to Bowman, was his consistency. He never missed more than 12 games in any of his 20 NHL seasons, finishing with 1,564 games. He also never missed the playoffs in 20 years, with his 263 playoff games second only to his former teammate Chris Chelios at 266.

In those 20 seasons, all spent with the Red Wings, Lidstrom won four Stanley Cups, seven Norris trophies as the NHL's best defenceman in the 10 years between 2001 and 2011 and made the league's first all-star team 10 times. In 2002, he became the first European player to win the Conn Smythe Trophy as the most valuable player in the NHL playoffs. And he is one of the few players to have an Olympic gold medal, won with Sweden in 2006, a world championship (1991) and a Stanley Cup.

Lidstrom's 1,142 points place him sixth on the career scoring list for defencemen. But it was his ability to control the game from the offensive blueline and never make a bad decision with the puck that set him apart. Bowman says Lidstrom and Raymond Bourque were two of the best at patrolling the offensive blueline.

"They always made right decision to keep the puck in, to take the right shot at the net," Bowman said. "Very seldom did they take chances. Their stats are so good offensively and it was not just fabricated from taking chances."

Bowman coached both Lidstrom and the man he is usually compared with in the argument about who was the second-best defenceman of all time, Doug Harvey. It is hard to compare them, Bowman said, because they played in different eras, with Harvey spending most of his Hall of Fame career with the Montreal Canadiens in the 1950s before finishing up in 1969 at the age of 45 with Bowman and the St. Louis Blues. Those were mostly the pre-Orr years, when NHL coaches did not allow their defencemen much latitude to play offensively.

However, Bowman said, there were similarities in that neither player was caught up the ice, both rarely made the wrong decision with the puck along the blueline and both were skilled passers.

"They controlled the game," Bowman said. "They both had the same concept: The resulting play they made was not to give the puck away. They made plays. They had the ability to control the game, mainly because of their ability to pass the puck at the right time and play the point.

"When I look at a defenceman, when he gets the puck, what is the resulting play? Does his team keep the puck or does the other team get it? Over 95 per cent of time, when Lidstrom had the puck, one of his teammates got it." 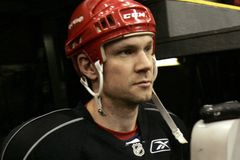 NHL pledges to address state of officiating
May 30, 2012 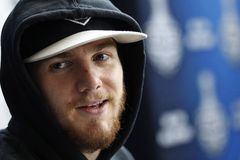