Sometimes life is easier when you don't exactly know what you're up against.

"I grew up watching him play, he was my favourite goalie ... for me it's a little story I can tell when I'm done playing hockey," he said.

When it was mentioned to the 20-year-old Gallagher that his goal had helped the Habs beat the Devils at the Bell Centre for the first time since March of 2008 – he scored the second goal in a 4-3 overtime win – his eyes widened.

"Really?" he said. "It's probably a good thing I didn't know that."

There's no reason for him to, of course, Gallagher was playing midget hockey in B.C. the last time the Canadiens turned the trick on the ageless Brodeur.

The 40-year-old found out the hard way that youth is being served at the Bell Centre in this young NHL season.

Gallagher was at his energetic, pesky best, bowling over the much bigger Henrik Tallinder with a heavy check in the first frame.

Alex Galchenyuk, the gifted 18-year-old who centres a line with the diminutive Gallagher and Brandon Prust, set up a pair of goals for his linemates – in just 11 minutes of ice time.

If there was any kind of an argument that Galchenyuk, the American forward whom the Habs picked third overall in the 2012 draft, should be sent back to junior, there isn't anymore.

In theory, the Canadiens will have a decision to make after Tuesday's home date with Winnipeg – to keep Galchenyuk in the fold beyond five games will activate his entry-level contract.

But with winger Max Pacioretty on the shelf for a up to a month after an emergency appendectomy this weekend, it seems inconceivable that the teenager won't stick.

There's the small matter of three points in his first four NHL games, but more than that there is his skill and poise – the latter of which caught Brodeur's attention.

On Prust's goal, Galchenyuk worked the puck deep before retreating to the blueline to bat down a clearing attempt, then served a pass to Prust that the rough-hewn winger was able to golf out of the air past Brodeur.

"He's really skilled for a kid his age ... you don't see very many 18-year-olds who have the patience to do that," said Brodeur, one of several NHLers who is old enough to be Galchenyuk's dad (Brodeur's oldest, Anthony, is 17).

Gallagher is no slouch either – he showed off his hands in accepting Galchenyuk's rocket of a pass to finish off a two-on-one in the first period.

By then Montreal was already up 1-0 through fourth-liner Ryan White.

But the Devils were undefeated in their first three games for a reason; twice they overcame two-goal disadvantages this night.

One of the reason they were able to mount the comeback was also because of Galchenyuk, who took a high-sticking penalty five minutes into the third. It was his bad luck that Prust was whistled down for an identical infraction.

The Devils' David Clarkson duly made the Habs pay, narrowing the game to 3-2, Patrik Elias earned his 899th point on the sequence, he would add his 900th on New Jersey's tying goal at the 13-minute mark.

"It's tough to go into the penalty box with so much time left. I didn't know Prusty got a penalty too, he was skating toward the bench and I was like 'what are you doing here?'" Galchenyuk said.

That may be the biggest point of differentiation with last season: the Habs didn't panic when things got dicey in the late going.

Though the Habs gave up a three-on-one rush in overtime – Ilya Kovalchuk rang a shot off the pipe – they were able to salt away the win thanks to some veteran savvy.

After Erik Cole forced Andy Greene into a holding penalty by skating around him, Markov scored his fourth goal of the season to earn the victory, roofing a puck that had been swiped at by Rene Bourque and Cole in the goal mouth.

As Brodeur said "Markov makes a big difference back there."

Especially when coupled with some exciting new talent.

Habs prepare for life without Pacioretty as Devils come to town
January 27, 2013 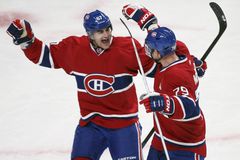 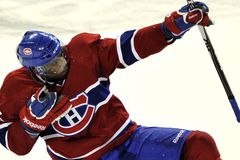 Therrien sees signs his team toughness message is being heard in Montreal
January 23, 2013 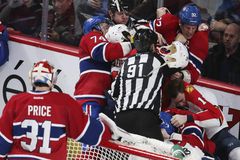 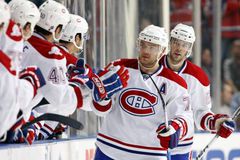 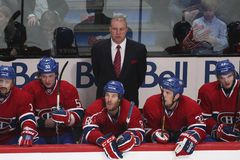