He will make it official Thursday, Martin Brodeur retiring finally after a 22-year career that includes so many firsts and achievements, the list blurs. Three Stanley Cup championships, two men's Olympic hockey gold medals playing for Canada, four Vézina Trophies, five Jennings Trophies, plus the Calder Trophy back in 1994, when he first ascended to the starting job with the New Jersey Devils.

Brodeur spent all but the final two months of his NHL career with the Devils, but when they hold the news conference Thursday to announce his departure from the game, he will do so flanked by St. Louis Blues general manager Doug Armstrong, coach Ken Hitchcock and in the presence of three Hall of Famer associated with that franchise – Bernie Federko, Brett Hull and Al MacInnis.

Brodeur joined the Blues as an in-season injury replacement for Brian Elliott, but when Elliott got healthy, he fell to No. 3 on the team's depth chart.

Because no team, especially a team with championship aspirations such as St. Louis, really likes the uncertainty of having three goalies around, the Blues gave Brodeur the option of sticking around in a management role through the end of the season.

Brodeur took a short leave after his final game – a shutout victory over the Colorado Avalanche, coached by his long-time rival Patrick Roy, win No. 691 of his prestigious career – to ponder the offer and ultimately said yes.

He will flesh out the details of his new role when he speaks Thursday, but it was long understood that Brodeur's value to the Blues far exceeded what he might give them as a short-term goaltending fix.

St. Louis is a team that ranks No. 1 in most of the current NHL power rankings because it is deep on defence and produces scoring from three lines. The Blues play a heavy, hard game, but also have the speed to keep up. They have an experienced coach in Hitchcock and a long list of heart-breaking playoff losses to the likes of fellow Western Conference powerhouses Chicago and Los Angeles in recent years to overcome.

What they don't have is a Stanley Cup championship – not a single one in the entire history of the franchise, which entered the NHL in 1967 as part of the first expansion wave. The belief is that Brodeur's presence – briefly in the locker room, and now around the organization – can only enhance what the Blues are trying to accomplish in a year when they are near the top of the Stanley Cup favourites list.

As recently as 2012, when the Devils unexpectedly qualified for the final in the first year L.A. won, you could still see what Brodeur brought to the mix. So many goalies of his generation were characterized by their ticks and weird eccentricities, Ed Belfour and Roy topping the list. Brodeur was the opposite. Relaxed on game day, willing to do interviews on the mornings he'd played – which runs counter to the practice of most netminders in today's NHL – he inspired confidence in all around him.

Players loved to play in front of him and not just because he moved the puck better than any of his peers. You can largely attribute the NHL's decision in 2005-06 to install a trapezoid behind the goal to Brodeur's puck-handling ability. Teams couldn't get in on the forecheck against the Devils during Brodeur's prime because he'd go right out, corral the puck and move it back up the ice. Sometimes, those long accurate clears ended up as memorable empty-net goals.

In short, all of Brodeur's attributes – some tangible, some intangible – make him a valuable organizational asset to the Blues in the short term.

Long-term, the belief is he will eventually return to the Devils in an unspecified front-office position. The Devils are a team in transition now – it was their decision to trade for Cory Schneider two summers ago that ultimately pushed Brodeur out the door in search of the playing opportunity the Blues briefly provided.

Long-time Devils general manager Lou Lamoriello is back behind their bench now, overseeing an aging, injury-prone roster that clearly needs to be refreshed. Lamoriello is 72 and at some point, will step back and then step down and at that juncture, the Devils will need new front-office leadership.

The pattern in today's game is to allow retired organizational stars to take over and you have the sense that Brodeur is likely to be a lifer in the game, same as Steve Yzerman, Ron Francis, Joe Sakic, Brendan Shanahan and others from his peer group that also transitioned into senior management positions.

"Winning is what mattered to him," said Lamoriello, and with the Devils going nowhere this season, Brodeur will get a chance to win in St. Louis, aiming to get his name on the Cup once more. He will be a presence around the organization for as long as the season lasts – lending his expertise, his wit and his calming influence to a team that has a more pressing need for his experience and presence than his actual puck-stopping abilities at the moment.

Martin Brodeur to retire and join Blues’ front office
May 12, 2018 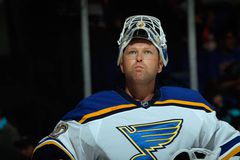 Spezza unsure of fan reception as he returns to Ottawa in Dallas uniform
May 12, 2018 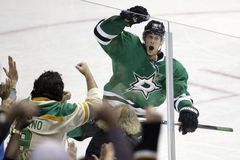 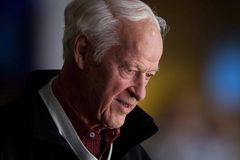 Kelly: World Cup revival more about making the NHL money than hockey
May 12, 2018 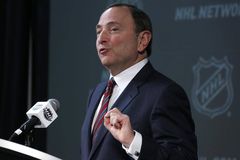