At BMO Field, usually known as the shared home of Toronto FC and the Toronto Argonauts, an outdoor NHL game steeped in nostalgia was brought to life Sunday.

The league has been staging outdoor games on a yearly basis since 2008. The series landed in the hockey hotbed of Toronto to help launch a unique year for hockey in the city. And on a day loaded with hockey greats and national personalities, the Leafs added to the drama with a 5-4 overtime win.

"What better way to start the New Year than with a great outdoor event here in Toronto and begin an historic moment for the National Hockey League," NHL commissioner Gary Bettman said before the game. "2017 represents the league's centennial – 100 years of NHL hockey – and we think that's a really big deal. It's also a hundred years for the Leafs, 125 years for the Stanley Cup, and 150 years for the Confederation of Canada. So, 2017 is special in all those ways."

Fans clomped around the grounds of Exhibition Place in snow pants and Sorel boots with jerseys pulled over their parkas – most in Maple Leafs blue, many with Matthews or Marner on the back.

They packed a fan village the NHL had filled with activities: a truck full of memorabilia and digital displays from 100 years of Leafs hockey, a ball-hockey rink, blaring music, and a mini-Zamboni, giving fans that cool breeze and rumble-over-the-surface feeling of flooding the ice – in virtual reality.

The field, which had in the past five weeks also held the CFL's Grey Cup and the MLS playoffs, now had a giant 100 on it, with the ice surface built right into the middle.

The temperature was a mild 3 C in the hours leading up to the game, and bright sunshine glared off the ice. The NHL's crew rolled out heat-reflecting blankets to keep the ice from melting and delayed the start time by more than 30 minutes, allowing the sun to drop, which would also limit glare for the players.

The conditions were nothing new for the NHL's veteran operations crew. Their 53-foot, 300-ton mobile rink-refrigeration unit was parked outside the stadium – the world's largest and specially built for outdoor games. They used some 20,000 gallons of water to make the two-inch-thick surface, and then pumped 3,000 gallons of coolant beneath it to keep it frozen. The league had, after all, pulled off an outdoor game at Levi's Stadium in Santa Clara, Calif., in summer-like temperatures.

"Hockey's made to be played anywhere, and that's something the NHL is trying to show – cold weather, warm weather, whatever it is, the game stands on its own," Wayne Gretzky, on hand as the game's ambassador, told media before the game. "The greatest thing about these outdoor games is that it takes you back to being a kid, when you played in the backyard or the frozen pond."

Don Cherry walked the grounds wearing a plaid winter hat. Ron MacLean announced 33 of the NHL's newly voted top 100 players of all time (the rest of the list will be revealed on all-star weekend). Greats such as Johnny Bower, Dave Keon, Glenn Hall and Red Kelly told reporters tales of broken teeth and flimsy equipment before parading out into the stadium to wave up to fans.

The vintage feel mixed with modern game-day theatrics. The Leafs and Red Wings entered the stadium to booming music and plumes of dry ice, while their coaches followed in classic letterman jackets.

Bryan Adams took to a small stage after the first period, belting out hits Cuts Like a Knife and Summer of '69 as fireworks burst and the fans sang the familiar lyrics. In a game with little excitement to that point, it was the first thing that brought spectators to their feet.

Toronto coach Mike Babcock said the spectacle of the outdoor game and its link with legendary NHL players was invaluable for his young Leafs players. He likened his young roster to the small kids skating on the mini ice beside the NHL rink at Sunday's game.

"They're all such little kids. Did you see the little guys playing in the Tim Horton's game? Some of our guys thought they were supposed to be playing in that," said Babcock, to a big laugh from the press. "The highlight was having the Leafs alumni in our room [on Saturday], to see them before our practice, to see those guys and how much they love Toronto – it was great for our kids."

The stadium didn't swell on Sunday until the third period when the teams unleashed on each other with a flurry of goals, followed by a riveting overtime. On a day full of memories about Leafs legends, it was rookie sensation Auston Matthews who tapped in the winning goal to give it a classic ending.

"It was a blast out there, so much fun in that setting with two Original Six teams going at one another," said Matthews, who confirmed this was the largest crowd he's ever played for. "It was definitely one of the best moments in hockey I've ever experienced for myself, so it was pretty special." 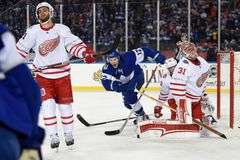 Wayne Gretzky returns to the NHL as its centennial ambassador
September 27, 2016 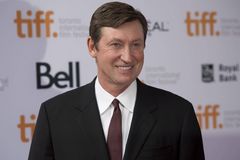 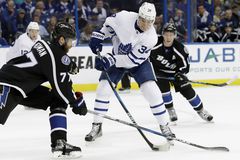