Milan Lucic could have made more money. He could have negotiated a longer contract. The one thing other NHL teams couldn't offer him was Connor McDavid – and that made the difference.

Introduced as the newest Oiler on Friday, Lucic said he was looking forward to lining up on the 19-year-old's left wing. He had already exchanged friendly text messages with the sensational centre in the morning.

"It is a great opportunity to play with one of the best players of this time," Lucic said at a news conference atop a parking garage across from Rogers Place, the $480-million arena the team is moving into in the fall. "He played only half the season last year, and has already showed he is up there with the Sidney Crosbys of the world in his ability. An opportunity to play with a guy like that doesn't happen very often."

The second-most prized catch on the free-agent market after Tampa star Steven Stamkos, Lucic signed a contract that will pay him $42-million (U.S.) and keep him in Edmonton for seven seasons. The 28-year-old will wear jersey 27 for the Oilers, the same number worn by Dave Semenko, the rugged left winger who served as Wayne Gretzky's body guard during the franchise's glory years in the eighties.

That is no coincidence, with Lucic expected to serve in a similar capacity on McDavid's flank.

"You need a guy with a couple of screws loose on your team to be successful," the 6-foot-3, 235-pound Lucic said about himself.

"From an opposition standpoint, none of the teams that I played for were scared or intimidated heading into a game with the Oilers," he observed. "I think we need to change that and send a message right from the first puck drop. It is about time that this team plays with a little swagger and a little confidence. It is something you have to do as a group. You have to have that attitude and it is something you build as a team."

There is nobody in the league more feared than Lucic, and he is an accomplished player on top of that. He has racked up 397 points in 697 games over nine seasons, eight in Boston and the most recent one in Los Angeles.

A gritty forward who plays with a sneer, Lucic relishes the chance to toss his weight around. He had 13 fights in his rookie season alone, and he has the mug of a boxer, his nose as crooked as a crack in a sheet of ice.

The fact that he is a bit off his rocker only serves to help maintain his reputation as a pugilist. In 2011, he was called "gutless" by Buffalo goalie Ryan Miller after barrelling into him on a breakaway; in 2012, peers selected him as the toughest player in the NHL; in 2014, he was fined for a low blow against Detroit's Danny DeKeyser; and last season, he was suspended for a game after sucker-punching Arizona's Kevin Connauton.

"He is what we need," said Peter Chiarelli , the Oilers general manager. "We are really happy to have him on the team. I love the way he plays. Everything about this guy is terrific."

Two days ago, fans were ready to pin a tail on Chiarelli after he traded the popular Taylor Hall for New Jersey defenceman Adam Larsson. On Canada Day, the railing was muted by the signing of Lucic. The Oilers also announced deals with backup goalie Jonas Gustavsson from Boston and Mark Fraser, a 220-pound defenceman who played in Edmonton in 2013-14 and has accumulated 302 penalty minutes in 219 NHL games.

Unable to reach an agreement to return to Los Angeles, Lucic spent Tuesday in Edmonton. After meeting with Oiler executives, he received a tour of the new downtown arena and had dinner with Daryl Katz and his family at the team owner's home high above the North Saskatchewan River.

On Friday afternoon, he posed for a photograph with Chiarelli, his long-time general manager in Boston, and threw on an Oilers jersey for the first time. His wife, Brittany Carnegie, accompanied him to the news conference. The couple has two young daughters, and feels Edmonton will be a fine place to raise them, at least over the next seven years.

"I truly believe in a couple of years we will be contending for the Stanley Cup," Lucic said. "This is an exciting time for me, and it is exciting for Oilers fans. It definitely feels like a fresh start. I feel like a 19-year-old going into Boston all over again. I cherish this opportunity.

"It is about time this team starts heading in the right direction, and I want to be a part of that." 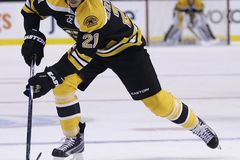 ‘Give the game back to the players’: Subban, Hall too creative for boring era
May 16, 2018 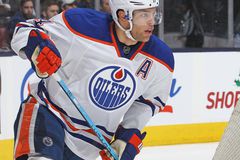 Even with Stamkos off the table, some interesting freeagents remain
May 16, 2018 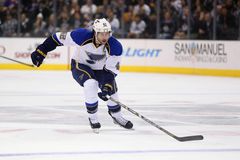