Heading into Monday's match between the Ottawa Senators and Tampa Bay Lightning, he was neck-and-neck with one player who seems to get as much coverage as the Prime Minister and another who is the cover face on the NHL 12 video game.

The other two – Toronto Maple Leafs winger Phil Kessel and Steven Stamkos of the Lightning – are so well-known they hardly need identification. Meanwhile, Ottawa winger Milan Michalek – a massive-headed, hulking 27-year-old – was, up until the past few weeks, little more than an asterisk in the infamous Dany Heatley trade.

All but unnoticed, the Senators stealth attacker had moved into a tie with Kessel and Stamkos at 16 goals each: An American (Kessel), a Canadian (Stamkos) and a Czech (Michalek) in the race for the Maurice (Rocket) Richard Trophy that Stamkos has already won and goes each NHL season to the league's top goal scorer.

(All remained tied after Monday's games, with Kessel failing to score in Toronto's 4-2 victory over New York Rangers, and neither Stamkos nor Michalek counting in Ottawa's 4-2 victory over Tampa Bay.) What makes Michalek's presence so surprising is the most he has scored in a season is 26 – roughly halfway to what is required to claim the Richard Trophy.

Michalek and Kessel are both shy and awkward and share an intense dislike of the spotlight – in Kessel's case, he likely recoils near a flashlight – while Stamkos, though quiet, is increasingly comfortable as a centre of attention. The 21-year-old former first-overall pick is the face of hockey in Tampa as well as video games, the star of Nike campaigns and ads for Tissot watches.

Michalek says he's "not really" happy with all this new attention.

"I don't really like to think about it that way," he says, when asked about this head-to-head meeting with Stamkos. He says it's "nice to be up there with those guys" but he doesn't think about it much and tries to concentrate only on the game at hand.

Stamkos, on the other hand, considers himself a true fanatic of the game. He uses his phone to catch up with TSN, NHL on the Fly and any other website that will tell him what happened that day. He tries to catch the results and highlights of every game.

"I get caught up in the goals, the saves, the hits. I grew up a huge hockey fan and still am today, so I watch and follow a lot of hockey," he says. "I keep track of how teams are doing and how other guys are doing. I know that because I am a fan, not because I go looking for that stuff. You're aware of what goes on around the league."

Naturally, then, he is aware of Milan Michalek, even if so many others are not.

"He's a great player," Stamkos says. "He's got a lot of intangibles. He's a great skater and has got a good shot."

But there are other things, as well. Ottawa centre Jason Spezza believes Michalek, at full throttle, might be the fastest player in the league. ("He has game-breaking speed.") He also has an uncanny ability to find what Spezza calls "soft spots" in the slot, small areas where the defence is thinnest and where he can get away his good shot.

This ability to find an unprotected spot to shoot from, ironically, is what made Heatley twice a 50-goal scorer while in Ottawa. When the unhappy forward demanded a trade in 2010, Senators general manager Bryan Murray was virtually forced to strike a deal with the San Jose Sharks. He wanted Devin Setoguchi in return, but eventually settled for a package that included washed-up former Richard Trophy winner Jonathan Cheechoo, a second-round pick and Michalek. The hope was the big Czech might one shake the knee troubles that had hounded him since junior.

That has now happened.

At the time of the trade with San Jose, it was universally held the Senators had gotten the worst of the deal. Heatley is now playing for the Minnesota Wild, where he has eight goals in 2011-12, half what Michalek has so far scored.

Michalek, however, claims no goals apart from staying healthy and completing his first full season in Ottawa since the trade. 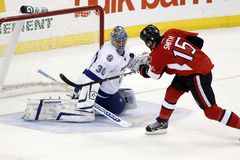 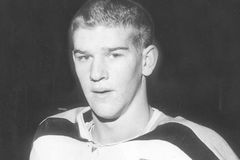