They aren't throwing hamburgers for the coach, even if he likely deserves the most credit for the Ottawa Senators unlikely rise. What Dave Cameron has done in only 44 games is worthy of considerable praise – and perhaps even a Jack Adams Award nomination.

Ottawa's run hasn't been only about goaltending, even if Andrew (The Hamburglar) Hammond's remarkable story is what's leading the headlines.

It has been about Cameron systematically turning over ice time and responsibility to younger, skilled players and watching them flourish.

At this point, with Chris Neil, Chris Phillips and Clarke MacArthur out of the lineup, the Sens have by far the youngest team pushing for a playoff spot (average age 25.9).

The biggest beneficiaries of the coaching change back in December, meanwhile, have been Mark Stone, Mike Hoffman, Mika Zibanejad, Curtis Lazar, Jean-Gabriel Pageau and Patrick Wiercioch – all of whom fall in the 25-and-under category. And Phillips and David Legwand, the Senators' two greybeards, are down the most in ice time.

The team's resulting improvement in key areas such as puck possession – from bottom 10 under Paul MacLean to top 10 under Cameron – has fuelled the rise, even if didn't happen overnight. In fact, on Feb. 8, two months after the coaching change, the Sens still had the league's fifth fewest points and were trailing even the Toronto Maple Leafs, who they beat 5-3 on Saturday.

Since that point, they're 16-2-2 and have gained an incredible 13 points on the Bruins in the race for the final playoff spot in the East. (Ottawa is also now 23 points clear of the Leafs.)

Cameron was promoted to the Sens job with little fanfare. He had ties to ownership, which had made him a likely successor. When he arrived, the season had appeared lost, especially with Ottawa icing a team near the NHL's salary floor.

Cameron's no-nonsense approach had been successful at the junior level, but that doesn't always translate. And, as the Leafs have shown, a mid-season transition to a vastly different system can be more unsettling than anything. That Cameron found a way to make it work is a positive sign, as even when Hammond falls off – and he will – there's enough good here to keep them in the race.

"We're not in the playoffs yet," Cameron said on the weekend. "Right? Yeah we're on a good run … but we're still on the outside. So let's not get ahead of ourselves yet here."

The truth is, even if Ottawa doesn't make it, this stretch of games changes the long-term outlook for the franchise. This is obviously now a team filled with youth and it's pointed in the right direction, with many unheralded prospects taking a surprise step forward.

They may not keep winning, and the hamburgers may not keep raining down, but they've accomplished something more.

And they've got what appears to be a great coach in charge.

Rising: The most likely first round playoff matchups

There are only 148 games remaining in the NHL's regular season – or 12 per cent of the schedule – and the playoff matchups are beginning to take shape. Here are those with the greatest chance to occur. 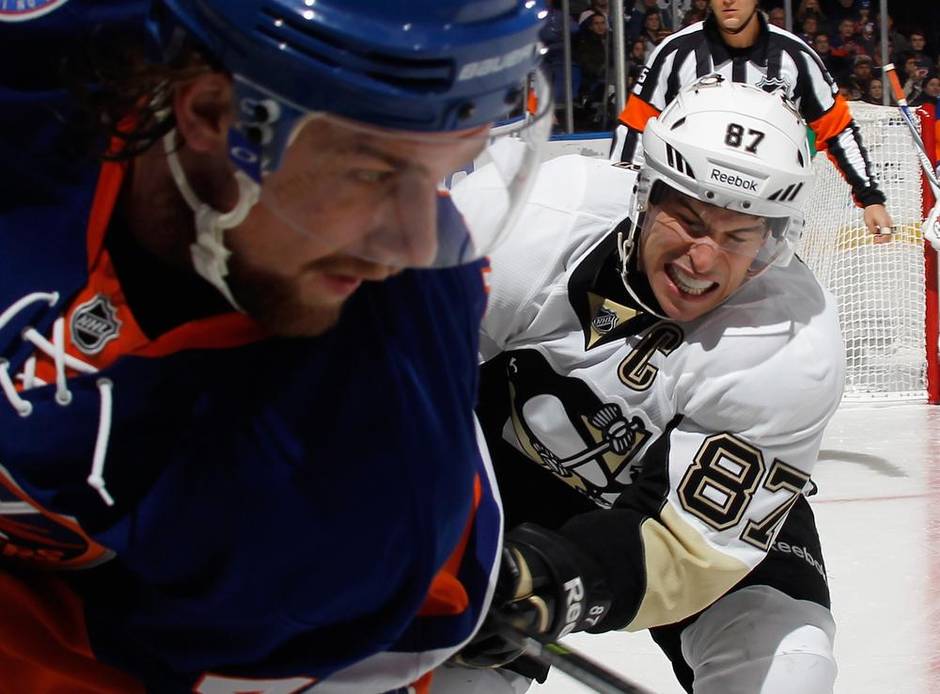 A rematch of one of the best series of the 2013 playoffs. This time, the Islanders are far from a plucky eighth seed after an outstanding, breakthrough year. This likely won’t be a goaltenders’ duel, and there’s enough star power between Sidney Crosby, Evgeni Malkin and John Tavares to draw leaguewide attention. It’ll be fun hockey.

Chance of happening: Nearly 80 per cent

Here’s one rivalry that could well be rekindled by the NHL’s new division-heavy playoff system. Calgary hasn’t even made the postseason since 2009 and will be hindered by not having captain Mark Giordano from the start. Vancouver, meanwhile, was 10-5-1 in its last 16 games heading into Sunday against Arizona and has been getting great goaltending from Eddie Lack.

Chance of happening: More than 60 per cent 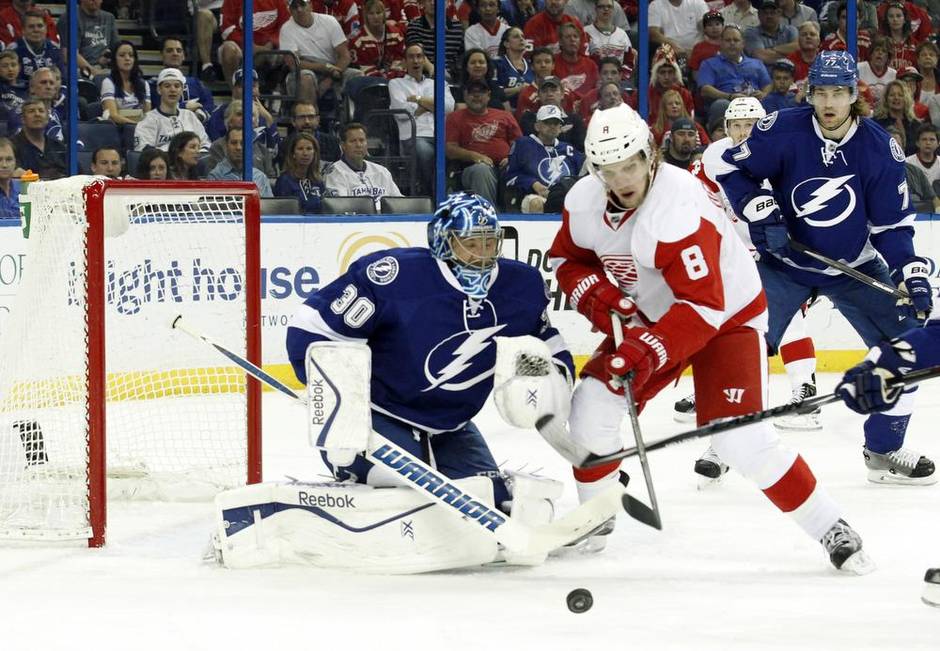 The storyline here would be obvious: Tampa GM Steve Yzerman against the franchise that he captained to so much playoff success over a long, decorated career. With both franchises on the upswing and in the same division, this is one meeting that will happen very soon even if it doesn’t this year.

Chance of happening: Nearly 60 per cent

Another terrific division battle. The Blackhawks will be minus Patrick Kane, but it’s Nashville that has been struggling down the stretch, with an ugly 4-9-2 record before they beat hapless Buffalo on Saturday. The Preds (and everyone in the Central Division) is in a pick-your-poison dilemma with who they’d like to face: If it’s not Chicago, St. Louis and Minnesota are hardly downgrades.

Chance of happening: Nearly 50 per cent

Forget that awful, low-scoring 2003 series between these two teams in the conference finals. This would be a terrific battle between a big, veteran Ducks team and the upstart Wild, who have been the NHL’s hottest team the past few months. Anaheim is very likely to get either Minnesota or Winnipeg in Round 1, which isn’t much of a reward for having the best record in the West. An upset is highly possible.

Chance of happening: More than 40 per cent

Probability of teams meeting in Round 1

** = less than 5% chance of matchup
- all statistics prior to Sunday night’s games (via sportsclubstats.com) 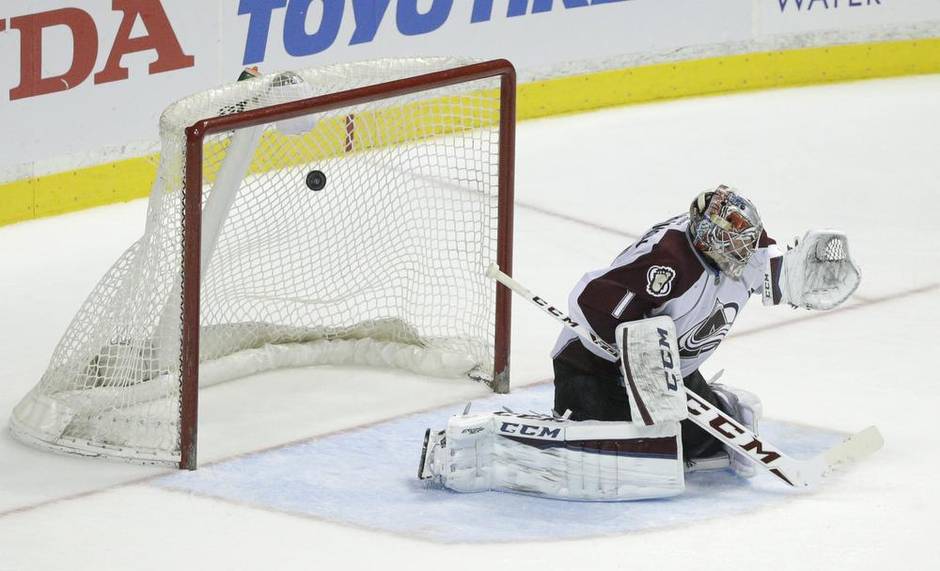 Playoff hopes that are almost toast

It’s remarkable Patrick Roy’s Avs are even here at all. The team picked to regress more than any other given their ugly analytics, Colorado went from 112 points a year ago to starting this season with just seven regulation or overtime wins in their first 31 games. Of late, however, the Avs have been good: 11-4-1 heading into Monday’s must-win game in Calgary. The problem? The playoff pace for eighth in the West is currently 96 points; Colorado will have to go 9-2-0 the rest of the way to get there.

Chance of making playoffs: 3 to 5 per cent

The Panthers look very much alive in the battle with Boston and Ottawa in the East. They trail both by only a few points and have three of their remaining nine games against them. But Florida has an ugly goal differential and only 25 regulation or overtime wins – only two more than the lowly Leafs – meaning they will not have the top tiebreaker. It’s all on Roberto Luongo to get them in, against those odds.

Chance of making playoffs: 3 to 8 per cent

The Sharks remain in a full-on tailspin, continuing to lose big game after big game. Their only win last week was against Toronto. A shutout loss two nights later to Montreal dropped San Jose to 8-12-2 in their past 22 games. They can only afford, at most, another two regulation losses in their final 10 games. Amazingly, the Sharks now have a more than 40-per-cent chance of getting a top 10 draft pick – their first since trading up to take Logan Couture ninth overall in 2007. San Jose has missed the playoffs only once in the past 18 years, but big changes are coming in Northern California.

Chance of making playoffs: 4 to 5 per cent