Sports fans love dynasties. Or, rather, they love to debate them – what they are, where they rank and, lately, if the idea itself is outmoded in a parity-filled, salary-capped landscape.

Do dynasties even exist in the modern NHL, where no team has won back-to-back Stanley Cups in nearly two decades?

The Chicago Blackhawks are making a decent case.

They are, unequivocally after Los Angeles missed the playoffs, the best team of this cap era. Five final fours in the past seven years and the possibility of three Cups in six years – if they can beat a solid challenger in the Tampa Bay Lightning – is an almost unmatched body of work in the past 25 years.

In the past seven, Chicago has more points during the regular season (700) and more wins in the postseason (69) than any other franchise. In the case of the playoffs, it's not really close. (Only Boston is within 20.)

If being clearly better than everyone else, over a sustained stretch, is a dynasty, they are it – especially if they win again here.

Or as close as we're likely to get.

The last NHL dynasty that everyone can agree on was the Edmonton Oilers, a young, supremely stacked team that rose up around Wayne Gretzky, won four championships in five years with him and then a fifth without him in 1990.

It's an incredibly disparate group, one spanning so many of hockey's evolutionary changes that they hardly seem to have much in common with this year's finalists.

What's fascinating, however, is that the best franchise in those 25 years – the Detroit Red Wings – is a sort of distant parent to today's Blackhawks and Lightning. And you only have to look up in the press box to see it.

When the finals begin in Tampa on Wednesday, Scotty Bowman – the long-time Wings coach and consultant – will be pitted against Steve Yzerman, his captain for so many of those years in Detroit.

Now 81, Bowman is the Blackhawks senior adviser, serving as the hockey sensei for son (and GM) Stan since 2008.

Now 50, Yzerman is the Lightning GM, quickly rising to the top since leaving Detroit for that role five years ago.

Their presence in this series isn't going to be merely symbolic. There's a very real connection stylistically between all those marvellously talented Red Wings teams and what we'll witness in these finals, with two franchises that have put a premium on finesse and finishing battling one another for the Cup.

These are two teams that bring an anti-Dead Puck Era philosophy that focuses on Bowman's love for puck possession. They're good defensively, in part, because they're so good at moving, handling and keeping the puck.

Entering the playoffs, Chicago was the top team in the Western Conference picture in score-adjusted Corsi, a possession metric that has become extremely prominent the past few years. Tampa Bay was tied – with Detroit, who they beat in Round 1 – for first in the East.

That these are the two teams left standing is more than coincidence.

"If you look at our team, we can really handle the puck," Hall of Fame netminder Dominik Hasek once observed during his tenure with the Wings. "We can really pass the puck. That's the way the Red Wings always played."

It's also become even more vital with the removal of both the two-line pass rule and a lot of obstruction, two changes that have helped turn the NHL into a better league. The end result has been all sorts of different winners – including bigger, brawnier Ducks, Bruins and Kings teams – but it's also allowed smaller players to flourish, especially on the blueline.

Those Wings teams that won under Bowman and Yzerman embraced that, even before the crackdown, and often went into the playoffs with the league's smallest roster, something that obviously didn't hurt given their success. After the 1980s Oilers and before the Blackhawks, Detroit offered the closest likeness of a dynasty in the midst of all that muddled parity, winning four Cups between 1997 and 2008 and helping put a dozen players (with more to come) into the Hall of Fame.

The Wings also produced so much talent off the ice that their mindset has multiplied, with Yzerman in Tampa, Bowman(s) in Chicago, Jim Nill a GM in Dallas, and Brendan Shanahan and Mike Babcock now in charge in Toronto.

The NHL is a copycat league. With the Lightning and Blackhawks squaring off in what should be one of the most entertaining finals in years, they will now become the template for a lot of rebuilding franchises to emulate.

It's not an unfamiliar model.

"The thing that stands out to me is their team speed and their skill level up front," Blackhawks defenceman Duncan Keith said of their next, and final, opponent. "I remember playing them towards the end of the season, and they beat us pretty good. As a team, we've got a lot of respect for them."

They should; there's a lot of similarity there, even with the conference divide. The Lightning are in many ways what Chicago was back in 2008-09: A surprisingly young and surprisingly talented team that developed out of the draft and that hasn't yet been cut down by the salary cap.

If Detroit is the equivalent of a dynasty from the recent past, and the Blackhawks represent the present, it's not hard to envision Tampa Bay as the future, with Steven Stamkos in the Yzerman role.

If it plays out that way, it'll be glorious for hockey fans, with more and more teams chasing the kind of talent that made those loaded Wings teams so fun to watch. 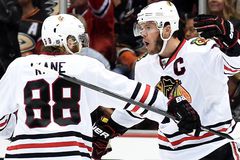 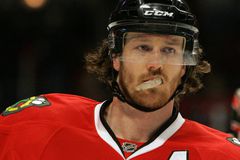 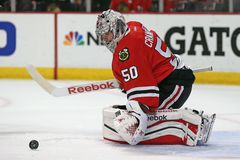