You could hear the grumbling from Toronto Maple Leafs fans across the country, with some of it blasting out over social media as soon as their game ended Saturday.

In what has become the Year of the Tank in the NHL, wins have been hard to come by for the Leafs in the second half. When they beat Ottawa 4-3 in overtime over the weekend, it was only their sixth 'W' in the past 34 games, a lengthy span of futility that is rare in this era of extreme parity.

Only it hasn't been that unusual this year.

Every other team has managed at least 30 points over that stretch.

Six or seven wins in 34 games is so rare that these limps to the finish will be remembered as three of the longest, most pronounced slides in the NHL's three-point-game era.

With Connor McDavid up for grabs, these teams pulled their rosters apart to varying degrees before the trade deadline. The players and coaches involved weren't trying to lose, but management – and much of the fan base – clearly had an eye on the future.

That resulted in a black eye for the league last week in Buffalo when the home crowd was rooting for the Coyotes in what became a 4-3 overtime loss for the Sabres.

"You have your home fans cheering against you," Sabres defenceman Mike Weber lamented after a demoralizing loss to the Coyotes. "This is a whole new low right now."

Leafs fans shouldn't fret too much about what comes the rest of the way. Even with the win on Saturday, Toronto looks locked into their spot in fourth last heading into the draft lottery: According to sportsclubstats.com, there's an 85-per-cent chance that's where they'll finish, with six games to play.

There also remains the possibility that Edmonton creeps past them, which would drop the Leafs to third last and increase their chances of winning the lottery to 11.5 per cent. 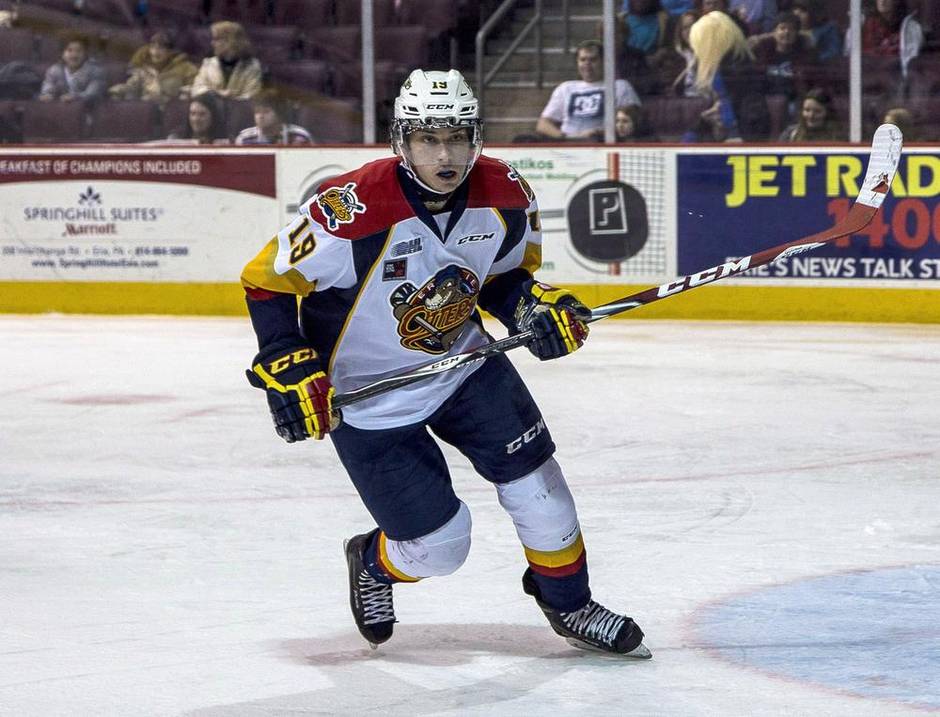 So barring something extraordinary, Toronto will be picking in the top five and have a shot at one of Noah Hanifin, Dylan Strome or Mitch Marner.

Given where they were back in January, when the Leafs had more points than 12 teams and the chances of getting a high-end pick seemed remote, that will be quite the consolation prize for a lost season.

For once, they haven’t been caught in playoff-less mediocrity, and there’s a good shot it’ll result in their first pick higher than fifth overall since 1989.

Now they need to ensure they don’t draft another Scott Thornton.

Don't worry: The Leafs are getting a good pick

Leafs probability of picking outside Top 5: Under 2% 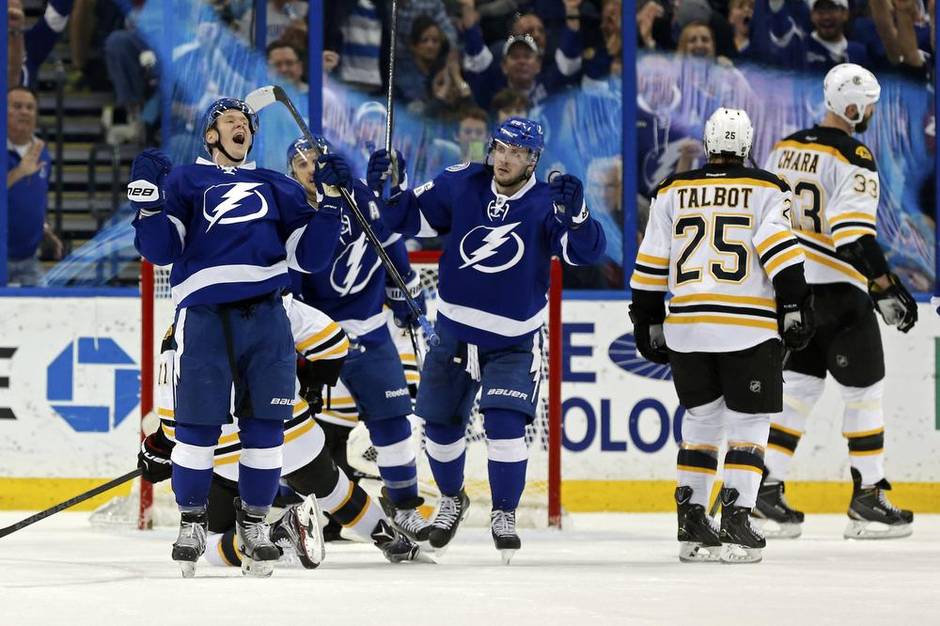 Teams with highest contributions from young players (includes forwards and defencemen aged 24 and under as of Feb. 1)

1. Tampa Bay. Even if you leave out Steve Stamkos, the Lightning lead both the NHL in points and ice time for players 24 or younger this season. It’s a credit to how GM Steve Yzerman has built his team, from the development stage up, that the Lightning have the best second line in hockey – Tyler Johnson with Ondrej Palat and Nikita Kucherov – and all three are only beginning their careers. The Lightning are contenders this year, yes, but they’ll also likely stay in that conversation for years.

Percentage of minutes played by young players: 56 per cent

2. Edmonton. This is a primary example of a team on which simply being young isn’t enough. The Oilers’ struggles to provide proper support to their high draft picks are well documented, but it’s telling that Edmonton’s 24-and-under players are contributing more points than all but two other teams in the NHL, and yet this remains one of the lowest-scoring teams in the league. It can’t ever be all on youth.

Percentage of minutes played by young players: 46 per cent

3. The Islanders. Long Island’s meteoric rise has been coming for a while, with their hole in goal in previous seasons obscuring how ready they were for a step forward. In addition to John Tavares, they now have Nick Leddy, Travis Hamonic and Calvin de Haan playing key minutes on the blueline and Brock Nelson, Ryan Strome and Anders Lee all in the 40-plus point range up front. This is a core that, if kept together as the Islanders move to Brooklyn, should be good for a long time to come.

Percentage of minutes played by young players: 45 per cent 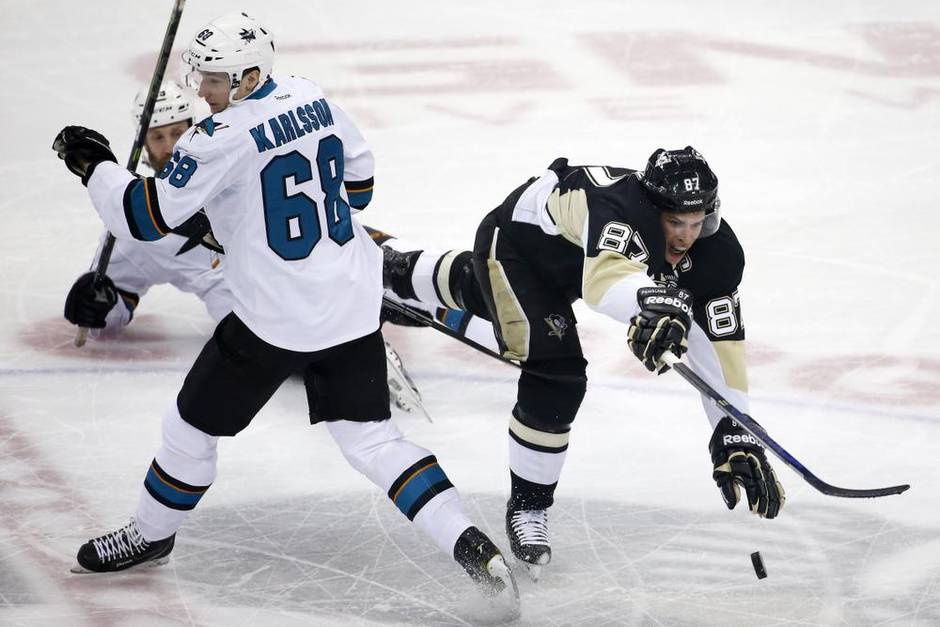 Teams with lowest contributions from young players(includes forwards and defencemen aged 24 and under as of Feb. 1)

1. Pittsburgh. Sid is a kid no longer. And the Penguins remaining in a win-now mode for years has really hurt their ability to incorporate youth in a significant way. With Sidney Crosby approaching 28 and Evgeni Malkin already there, Pittsburgh’s core is moving out of its prime as the NHL continues to get younger and younger. The highest-scoring Penguin 24 and under this season has been defenceman Simon Despres (17 points) – and they already unloaded him to Anaheim. Olli Maatta’s injury issues have hurt the Pens’ ranking, but even with him healthy, they’d remain bottom three. This is a growing concern.

Percentage of minutes played by young players: 14 per cent

2. Vancouver. The Canucks have some interesting prospects coming, but most aren’t in the lineup yet. And the Sedin twins – who turn 35 in the fall – remain a very big part of this team. Vancouver has to be careful that it doesn’t get mired in mediocrity here, as their core ages and not enough youth comes in to replace it. (It’s worth noting that Chris Tanev narrowly misses the age cut here, too, as he’s only 25.)

Percentage of minutes played by young players: 14 per cent

3. Los Angeles. The Kings are another team in a win-now frame of mind. Drew Doughty and Jake Muzzin are hardly old, but the Mike Richards situation is a good example of what can happen when key members of your core are 30-plus. Some such as Zdeno Chara work diligently off the ice and remain effective as they age, but more and more, veterans around the league aren’t able to contribute the way they used to. And the Kings now have seven core players between the ages of 30 and 34, including five of their top six forwards in ice time and two of their top six on the blueline.

Contributions from players 24 and under

* - statistics via hockey-reference.com prior to Sunday’s games
** - percentage of TOI is an estimate based on average team