One wonders what Peter Chiarelli sees in the roster he leaves behind, as he departs for a whole different challenge in Edmonton.

The long-time Boston Bruins general manager (2006 until two weeks ago) and a sharp, Harvard-educated man, Chiarelli won a Stanley Cup in 2011 and iced a lot of competitive teams, year after year.

What the Bruins became, however, was too much of that 2011 team frozen in time. Four years on, an incredible 10 veterans of that group remain on the roster, many of them paid more handsomely than if that team had never won. Milan Lucic produced 44 points for $6-million this season. David Krejci will make $7.25-million a year beginning next season on a six-year deal that takes him into his mid-30s. And big captain Zdeno Chara is the team's highest-paid defenceman by a mile despite recently turning 38.

Add in all the depth holdovers such as Chris Kelly, Greg Campbell, Dan Paille, Adam McQuaid and Dennis Seidenberg – most of whom are showing the added years in their play – and you can find a lot of inefficiencies in there.

The Bruins are still a good team. They could have been a great one had Chiarelli been more ruthless in pursuing his next Cup rather than rewarding those who were part of the previous one.

What's more apparent than ever watching the first round of the NHL playoffs this year is that one or two stars can no longer be the difference between good and great. Sidney Crosby and Evgeni Malkin have proved that again and again in Pittsburgh, and the Red Wings have done a marvellous job of limiting Steven Stamkos in the Tampa Bay-Detroit series.

In the league's salary-cap era, now in its 10th season, the one person who can make that impact is the general manager. Team building, with both a short- and long-term view, while finding market efficiencies has become paramount, and every mistake on the roster, dollarwise, hurts.

On the good teams, what often costs the GM is loyalty, an issue that goes well beyond Boston. Imagine the group the Los Angeles Kings would have right now if Dean Lombardi had used the appropriate compliance buyout on Mike Richards and never signed captain Dustin Brown to his ridiculous contract?

That's nearly $12-million for two aging, ineffective forwards that could have been piped straight into adding another No. 1 defencemen or top scorer or even simply more depth throughout the lineup. A Kings team with a few tweaks like that wouldn't have needed to get better bounces in the shootout and overtime to get into the playoffs. It would have cruised right in. In saying that, Lombardi obviously remains the gold standard among GMs, along with Chicago's Stan Bowman. But what's happening around the league is executives with winning teams take one look at free agency and the expensive rolling tumbleweeds available there, and one look at the draft and how long it will take for that talent to emerge, and they get nervous.

And then they do whatever it takes to keep the talent they have, regardless of age or the fact that the decline caused by that age is often apparent to all but those in the organization. The years and dollars are piled on players because they've won – not because they will win.

"I am not giving up on the idea that loyalty is still part of building a team," Lombardi lamented after the Kings season ended two weeks ago by narrowly missing the playoffs. "But you better exercise it very judiciously, and I think that's one of the things I've had to learn."

He's not alone. The Blackhawks are in the midst of another terrific playoff run, but the tear-down appears imminent after Jonathan Toews and Patrick Kane's $10.5-million deals kick in on July 1. While not necessarily mistakes on their own, those deals are so large they will certainly expose any other overpayments on the roster.

Chicago is still trucking, but in the wake of the failures of the Bruins, Kings, Penguins, San Jose Sharks and other franchises that have been contenders for years, new challengers are emerging. There's Anaheim, Tampa Bay, the Islanders and even Minnesota all on the rise – young teams that haven't made the kind of egregious big-ticket mistakes that are dragging some of the old guard down. In Chicago, that means goodbye Patrick Sharp, among others.

In Year 10 of the cap era, the cap itself is being blamed for this shift, but it's more nuanced than that. In most cases, these teams had an out, a way to try and get younger and stay competitive, and they instead bungled it by re-signing their waning assets.

Some see it. In his discussion on loyalty, Lombardi spoke about how, in football and baseball, players are "independent contractors" – commodities with a dollar figure and attributes attached – and how he simply wasn't there yet.

"I will not go that far," he said. "Although now I recognize that [exists]."

Hockey isn't there yet in general. But with the reality of the cap settling in and the rise of Big Data in sports, the day is coming when more NHL GMs will start making more rational, detached decisions with their roster in order to win.

Otherwise, they may never keep up.

Why NHL teams should stop spending big on (most) goalies
April 22, 2015 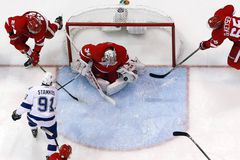 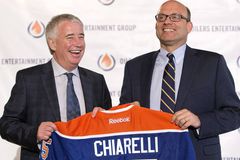 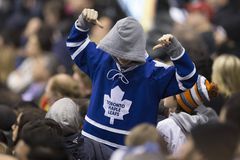 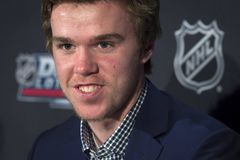 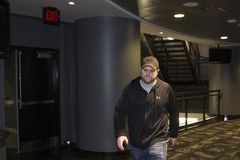