The most important thing is they're there. After years of heated debate at the head office in New York, the NHL is officially aboard the analytics train, with chief operating officer John Collins in the conductor's chair toot-tooting the horn.

Decades behind baseball and years behind basketball and football in this department, the league added dozens of new statistics to its website on Friday as part of a big unveiling of what it's calling Phase 1 of the project.

By Phase 4, both players and the puck will be tracked in-game with RFID sensors and the possibilities for new data will (presumably) be endless.

"It's the same company that developed the glowing puck," Collins said of Sportvision, one of two firms the NHL has teamed up with to provide analytics.

Let's not hold that against them.

None of what has been added to NHL.com so far is revolutionary. There are now several variations of possession stats (i.e. Corsi and Fenwick renamed for a wider audience), first and second assists, zone starts and a few other not-so-advanced advanced stats that have increasingly become part of the hockey conversation online the past few years.

Most have been available since 2006-07, when analyst Gabriel Desjardins launched behindthenet.ca.

The troubling part of the NHL's launch is how confusing and, in some cases, wrong the new data are. Without a filter for games played or ice time, for example, little-known players such as Andrew Agozzino and Miikka Salomaki lead the league in points per 20 minutes.

It's not clear whether this is an even-strength stat (as has been convention) or not.

Other stats, such as penalties drawn, are flat-out incorrect. In this case, the league has included fighting majors as a drawn penalty, which means that a stat meant to highlight players that put their teams on the power play is useless.

Typically an analytic that fast, skilled players excel at – because opponents hook or haul them down – NHL.com's list has such enforcers as Luke Gazdic and Chris Neil on the leaderboard.

Behind The Net, meanwhile, has stars such as Nathan MacKinnon, Vladimir Tarasenko and Alex Ovechkin atop its rankings.

That's only one example, but it's one that highlights how much further ahead the fan- and analyst-created sites are.

Thankfully, Collins said the league doesn't intend to shut down their competitors now that they've launched their own site – a possibility that had many analysts concerned the past few months.

"No, not at all," Collins said. "We think our role in this process is to be the authentic place for a digital record of what's happening on the ice … hopefully that will spur a number of cottage industries in terms of how people analyze those aspects."

The league may well get there. The addition of tagging and tracking – which is expected to launch in time for the start of next season – should produce an Everest-sized mountain of new material, similar to what the NBA's generated with their camera data.

The hard part is going to be making sense of all of it, especially considering the NHL's very early efforts with much more basic statistical information aren't encouraging.

Rather than try to offer an odd, limited version of what others have done better, they would have done well to hire someone like Desjardins or Andrew Thomas of war-on-ice.com to get things right.

Because the initial offering won't be winning many converts. 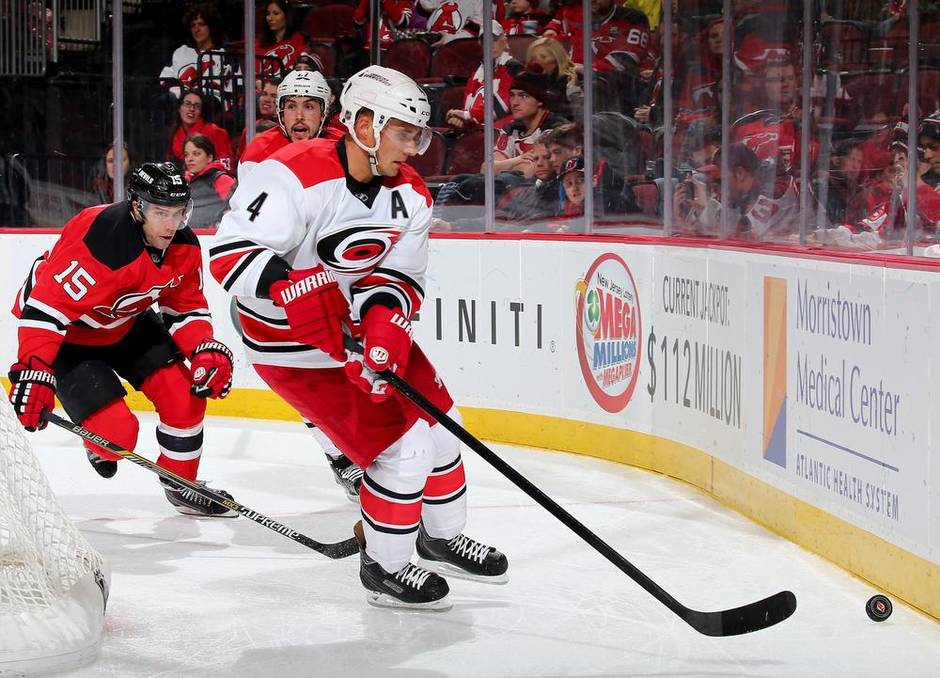 1. Andrej Sekera, Carolina. With Cody Franson off the market, the attention is going to turn to the other top four D available, and Sekera tops that list. The Hurricanes have had a tough season, but not because of their top pair, and slotted onto a second unit, Sekera could thrive. A smooth skater and good passer, he is a bit of a “general” on the ice, driving play starting from his end. In the mould of the new breed of defencemen succeeding in the league.

2. Dan Winnik, Toronto. One of the few bright spots in the carnage that has been the Leafs season. A big, strong winger, Winnik is good defensively, strong on the penalty kill and has been surprisingly dependable in a second line role at even strength. Criticized in his career for a lack of scoring prowess, his 25 even strength points tie him with Anze Kopitar in the top 100 forwards leaguewide, primarily because he does a good job in the corners and at finding linemates with the puck. Add in his cheap contract and Toronto should be able to get its asking price of two decent picks (a second and a third, or thereabouts).

3. Jeff Petry, Edmonton. A controversial name given the blame he’s taken on the Oilers blueline, Petry nonetheless should be in demand given he’s one of the few right-side defenders available, both at the deadline and in free agency. Nothing fancy here, but he skates well with the puck on a breakout and may excel as a No. 3 or 4 on a better team. The cycle of moving useful players for “TBD” continues in Edmonton. 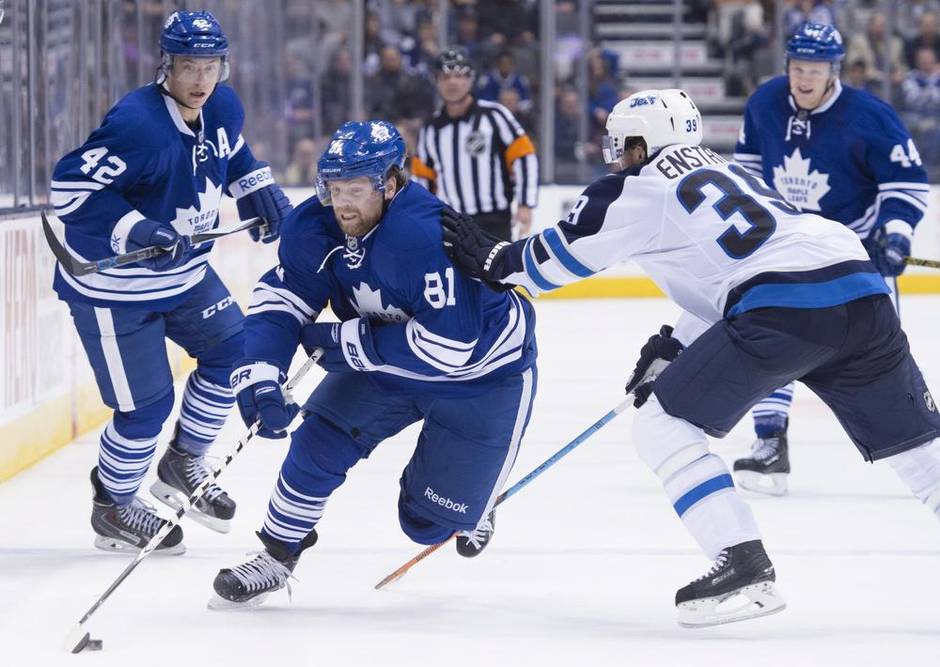 1. The entire Toronto Maple Leafs team. The list of the lowest scoring NHL players in 2015 reads like a copy of the Leafs roster. Toronto’s slump has been all-encompassing, but it’s really the scorers having the toughest time. Phil Kessel has two 5-on-5 points in the last 22 games. Linemate James van Riemsdyk has three. The only Leafs forwards with more than four even strength points in nearly two months are Winnik, Nazem Kadri and Mike Santorelli, who was dealt to Nashville last week. It’s beyond ugly.

2. Lars Eller, Montreal. Another player being dangled as trade bait, Eller’s exploits of late aren’t helping Habs GM Marc Bergevin move him. Eller has one point at 5-on-5 in 22 games after a surprisingly productive run in the playoffs last season. He’s also got three years left on a deal that pays him $3.5-million a season, making a deal harder to pull off. In his defence, all that ice time with Brandon Prust et al on his wing hasn’t helped fill the net.

3. Jakub Voracek and Claude Giroux, Philadelphia. They’ve both had remarkable seasons on a middling team and remain among the NHL’s scoring leaders, but what’s alarming is how dramatically their even strength scoring has evaporated. Both had only three points at 5-on-5 in their last 22 games going into Sunday’s huge win over the Capitals. The Flyers have made a late, unlikely charge for the playoffs (9-2-4 in their last 15 games) as the Bruins have faltered, but they’ll need even more from their top guns to stay in the race.