With only two defencemen on the ice and six skaters total, the action was furious, especially given the two teams involved – the Colorado Avalanche and Toronto Maple Leafs – aren't known for their defensive acumen.

Because of a run of overlapping penalties, they found themselves at 3-on-3 for a long stretch of end-to-end play in overtime on Thursday, a potential preview of what NHL overtime could look like in the future.

It already does in the American Hockey League, which is serving as a guinea pig this season for a new overtime format aimed at ending more games before the shootout.

And it's working. After 171 games, there have been only five shootouts in the AHL this year. The new rule, which has teams play 4-on-4 for three minutes and then 3-on-3 for another four minutes, has essentially made the skills competition what it should be: an absolute last resort.

Instead of 15 per cent of games being decided by breakaway trick shots and addled goalies, as is the case in the NHL, less than 3 per cent are now going the distance in the minors.

That's not to say everyone loves it. "Three on three is a goofy situation on the ice," Travis Morin, the AHL's most valuable player last year, told defendingbigd.com. "I am not a fan of it but whatever."

There's no doubt it may take some getting used to, if indeed the NHL goes this route. In fact, 3-on-3 is so uncommon that the 3.3 minutes the Leafs and Avs played the other night constitutes 90 per cent of the 3-on-3 in the NHL this season and 4 per cent of the 3-on-3 played league-wide in the last eight years. It occurs so infrequently that there is only about 11 minutes of 3-on-3 each season, spread over all 1,230 games. There's no question that those have been exciting parts of games, however.

But 3-on-3 is a whole new animal. Teams have put up more than 60 shots and scored more than eight goals per 60 minutes, with all the odd-man rushes and chaos proving great fun for everyone but the coaches.

The quality of chances is so high that the average shooting percentage at 3-on-3 is more than 13 per cent, way up from the 8 per cent average at 5-on-5.

It's a change that would certainly help end more games in overtime. The only question for the league is if it can handle the "goofy" of 3-on-3 compared with what the shootout is.

Editor's note: An earlier version of this article said the AHL plays 4-on-4 in overtime for four minutes. The correct number is three minutes. This version has been updated. 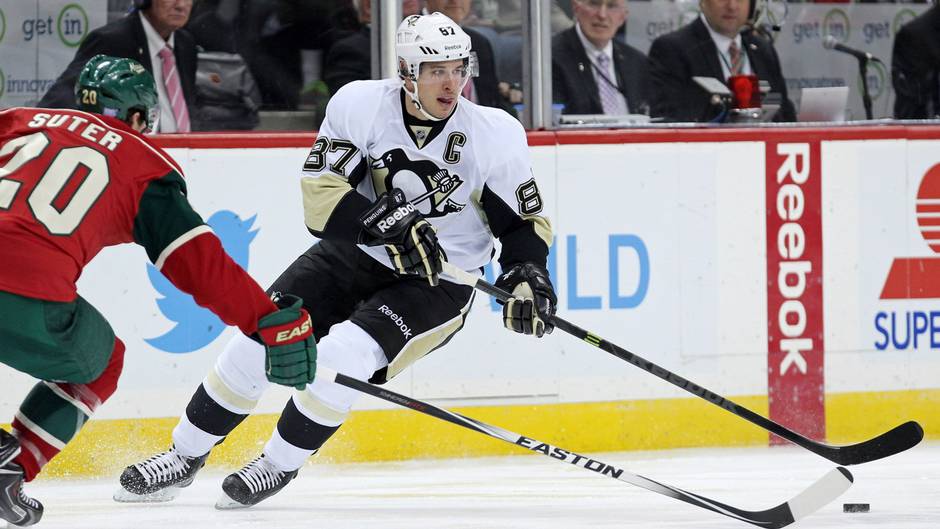 When Sidney Crosby rang up five assists on woeful Buffalo in the first 34 minutes of their game on Saturday night, the hockey world took notice, tuning in en masse to see how high he could go.

Five assists, after all, is a rare thing. Six? That basically never happens, at least not in this low-scoring era.

He didn’t get there, but Crosby’s five-assist game was only the 16th time it has happened in the last 10 seasons – and three of those have been the Penguins captain. Had he been able to add another helper, it would have been the NHL’s first six assist game since Eric Lindros pulled off the feat in 1997. (The NHL record is seven, and it’s held by Billy Taylor and Wayne Gretzky, who did it three times.)

Early on, Crosby’s on pace for 151 points in large part because of Pittsburgh’s insanely hot power play. But even matching his career high of 120 would be outstanding given no one else has hit that mark in the past eight years.The remarkable thing is that Crosby’s points per game has actually been progressing up, even with the injuries and the fact scoring keeps dropping around the league. Going back to 2010-11, he has averaged 1.49 points per game, miles ahead of teammate Evgeni Malkin in second (1.21) and bettering what was already one of the highest career rates in league history.

If he’s healthy and piling up points on the man advantage, Crosby could even approach the league’s first 130-point season since Lemieux’s in 1996. 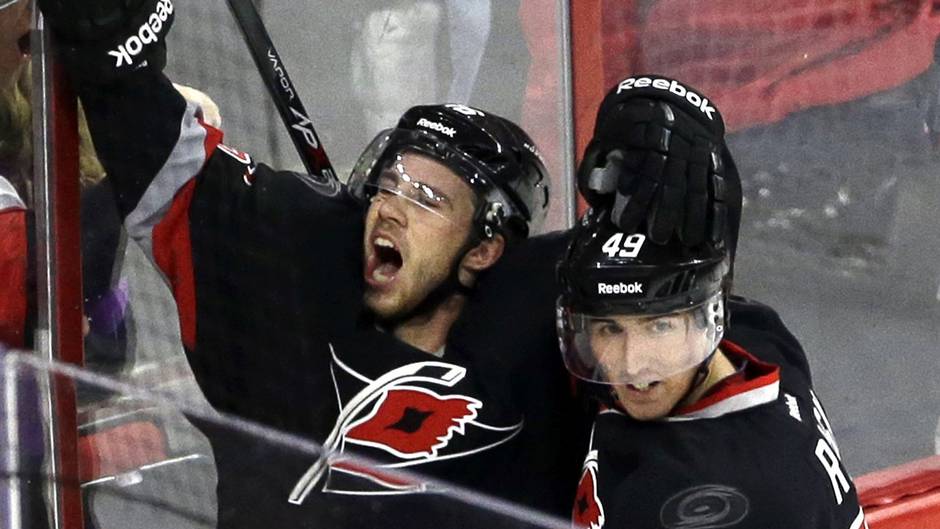 Still only 19 years old and not drawing a lot of attention because of where he plays, the talented Swede that went fifth overall in 2013 is starting to make good on that draft position. The Hurricanes desperately need Lindholm to emerge as a star and of late he has been with five goals and two assists in his past five games. His line has also been dominating possession, a great sign of things to come.

The much-maligned Jets goaltender has been brilliant, posting a .952 save percentage the past two weeks to catapult him into the league leaders. Skepticism is warranted here given his long-standing struggles, but if Winnipeg can get anything resembling decent goaltending, they have a surprise shot at the playoffs. Now Pavelec needs some goal support – and to keep this up.

A bargain buy in the off-season for $1-million (U.S.), Downie has given the Pens a whole lot of value of late. He drives opposing teams crazy but also drives play and still has the talent that made him a 22-goal man back in 2010. Pittsburgh may be where he rediscovers it. 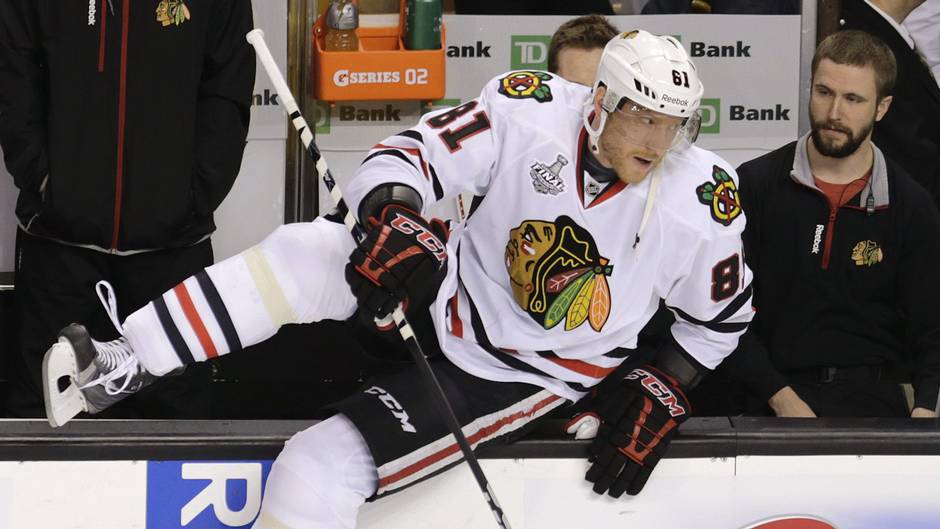 At some point the Blackhawks are going to go on a tear and start scoring again. But the goals have been alarmingly hard to come by this season, and no one has slumped deeper than Hossa, who had six points in 14 games prior to Sunday against the Sharks. He turns 36 in January and is signed for another six years (!), but he should have more to give. His underlying numbers are encouraging anyway. But a decline is coming eventually.

The Avs’ problems in their own end have been well documented, and Holden has been the unfortunate recipient of a lot of the barrage. Despite often trailing in games, Colorado has been outshot by 67 shots at even strength, and 62 of that deficit has come with Holden on the ice. Inexplicably, the undrafted 27-year-old is still playing huge minutesmost nights.

Everything is going wrong for the Stars, who have now lost seven in a row. Kari Lehtonen and Anders Lindback combining for the third-worst save percentage in the league isn’t helping. Lindback, especially, was a bad bet in the off-season by GM Jim Nill, who’s running into his first crisis in Dallasafter earning a lot of kudos. 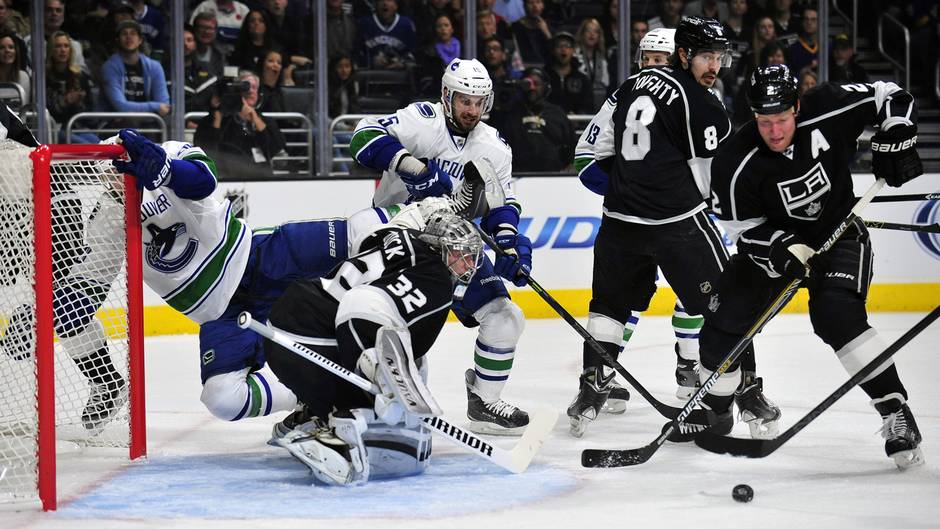 The defending champs were $160 short of being able to recall another defenceman on Saturday – so they played without one.

Five defencemen. Thirteen forwards. That’s not a combination you see often in the NHL, and it made for big minutes for the Kings’ top D – Drew Doughty (about 30), Alex Martinez and Jake Muzzin (more than 25 each) – in a 5-1 win over the Canucks.

A unique suspension to Slava Voynov over domestic-violence allegations has meant he stays on the Kings’ cap and roster despite his ineligibility to play, making things ridiculously tight in L.A. How this can happen comes down to how the salary cap functions. It’s essentially a daily calculation, with every NHL player salary broken down into the 186 days of the regular season.

Someone like Voynov, whose cap hit is $4.17-million, is a $22,401 charge each day out of the Kings’ available $370,968. Not only can teams not exceed the cap – aside from using the performance bonus cushion – they can’t even be on pace to exceed the cap.

So, on Saturday, the Kings were projected to have only $549,840 – or $160 shy of the league minimum salary. Sunday? That was a different story. The extra day meant an extra few thousand dollars opened up, and a warm body can now be recalled.

A cheap warm body, that is.