The bad losses are the worst for it.

But if you would like some morbid entertainment one night, log onto social media and witness some of the ugly heckling directed at the newest members of NHL management.

On Tuesday, it was Toronto Maple Leafs assistant GM Kyle Dubas's turn, as his team laid an egg in a 9-2 loss to the Nashville Predators that had fans booing and the team not saluting two nights later.

"Where is Kyle Dubas?" one fan tweeted. "Wasn't he the 'genius' that was supposed to try and fix this?"

On Saturday, the Edmonton Oilers pulled a similar no-show in getting bombed 7-1 by the Chicago Blackhawks, and this time, team statistician Tyler Dellow was the target.

"Nice work," came the catcall. "Chalk one up for spreadsheet hockey."

Analytics in hockey are controversial at the best of times, even with high-profile backers such as TSN's Bob McKenzie, and for some of the NHL teams that invested in them this summer, these are hardly the best of times.

In addition to the Leafs and Oilers, the New Jersey Devils, Florida Panthers and Washington Capitals all made high-profile hires in this area over the summer. So far, only the Panthers are significantly improved in the standings – going from a bottom-feeder a year ago to a 91-point pace – and goaltender Roberto Luongo is largely responsible.

So, why aren't the numbers guys helping?

The answer comes down to a few things, but in many cases, you don't have to look much past their hire dates. Dubas was hired in late July, weeks after free agency opened. Dellow was brought in in mid-August and primarily to work with coach Dallas Eakins.

If there's one area analytics can have a bigger impact than any other, it's in player acquisition, both by finding hidden gems and avoiding obvious mistakes. All five of the teams that added in this area, however, did so after their rosters were basically set.

They were also all franchises desperately trying to catch up, as more successful teams such as Chicago had head starts of several years to integrate this kind of analysis.

The other thing to keep in mind is that analytics in hockey typically focus on how skaters drive play at even strength, and in that department, all of these teams except New Jersey have improved.

Edmonton's possession game is up about 6 per cent. Washington, too.

Even Toronto has made inroads (up roughly 4 per cent, depending how you measure) after years as a possession black hole under coach Randy Carlyle (under 43 in his first 148 games behind the bench).

It's also only a quarter of the way into the season, which is far too early to be making pronouncements on something as complex as statistical analysis being used to alter the way teams play.

There have been analytics success stories elsewhere around the league – the Penguins stand out as a huge one after going big on them – but the reality is Dubas, Dellow and others haven't been allowed to have much of an influence on rosters.

If that happens and they still fail, then the criticism is certainly valid. For now, these rosters and their imperfections are largely on those who hired them to help.

One of the compelling concepts that Dellow helped bring to the forefront last season as an analyst was looking at small sections of games to draw conclusions about which teams and players were succeeding in those aspects of play (after losing an offensive zone faceoff, for example).

With that in mind, here's a look at teams that have been the best and worst early in games, when score effects are minimal and the first goal is up for grabs. Teams that score first are 203-64-40 this season (all numbers prior to Sunday's games): 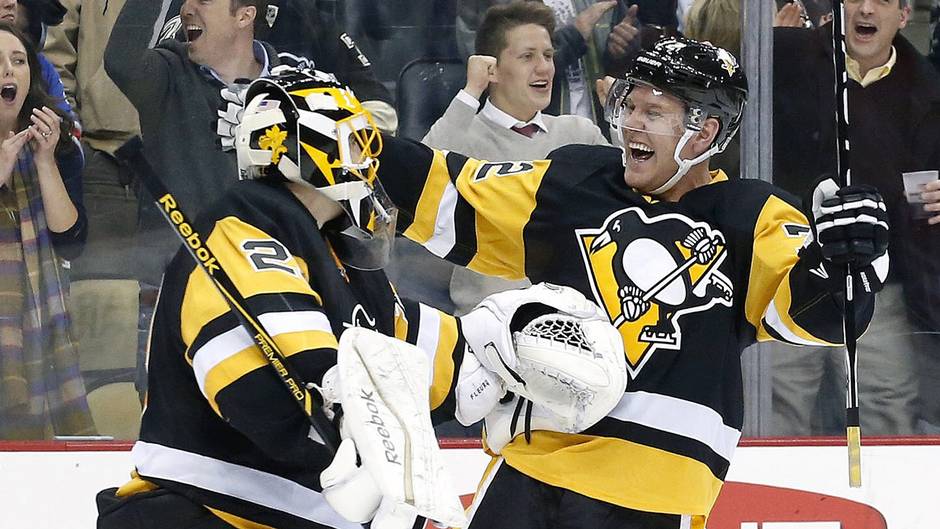 As mentioned above, the Penguins have gone big after puck possession, and where you can really see it is in the first 10 minutes of games. Pittsburgh leads the entire NHL with 59 per cent of the even strength shot attempts in the first half of the first period (these stats courtesy of Andrew Thomas at war-on-ice.com) and has scored first a league-leading 15 times in 19 games. Sidney Crosby and company come at teams hard early and then typically can hold on for the win.

The season has been up and down and all around for the Sharks, but they’ve started games very well, controlling the play to the tune of 56 per cent. Now they need to figure out the other 40 minutes of games to get back to where they’re used to. This week’s acquisition of defenceman Brenden Dillon should help.

Here’s two surprising teams that are thriving under new coaches and part of it is they look well prepared and energetic early in games. Their goals for and against don’t reflect it, but both teams have much better underlying numbers early as opposed to late. The Canucks, in particular. 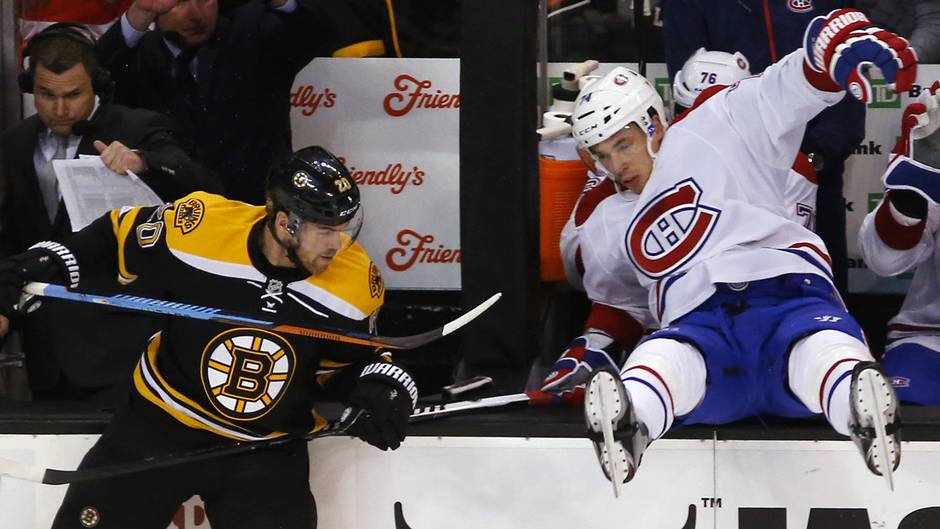 Ever noticed the Canadiens are down on the shot clock after the first period? Montreal’s had a terrific season, but the numbers don’t lie here: They have scored only seven times in the first 20 minutes after 22 games, which is tied for last in the NHL with Buffalo. A lot has been made of their mediocre possession game: almost all of that is because of their weak starts.

The Kings are in a similar boat. In fact, the defending champs have been one of the worst teams in the NHL in the first 10 minutes of games, with only 46 per cent possession. LA’s blueline has been hit extremely hard by injuries and Slava Voynov’s suspension, and their rotating cast back there could explain why there’s a feeling out process in games.

The Oilers have allowed the most goals in the NHL in the first period (25). The Leafs are second at 24. Both have weaker possession numbers early, too, likely because they’re behind and boosting their totals as games wear on. Toronto has also been able to come back in part because the Leafs have excelled in second periods for a while now going back to last year. (Their personnel are suited to the odd-man rushes created by the long change.) Edmonton hasn’t been so lucky. 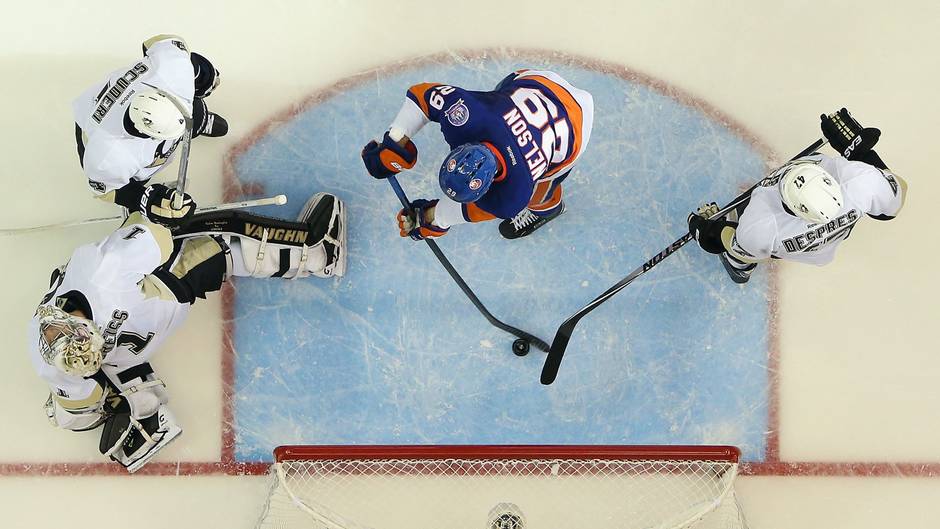 Yes, the New York Islanders are for real

Garth Snow has taken a lot of abuse over the years, and some of it with good reason.

There was the Rick DiPietro contract. The Thomas Vanek trade. The succession of bad goalies. And the silliness that happened with top prospect Nino Niederreiter, who looks pretty good in Minnesota these days.

But not this year. Not with this team.

The New York Islanders GM has to be unduly pleased at how his dramatic off-season makeover has turned out, as his group has one of the five best records in the league and is coming off two convincing wins over the Penguins.

This isn’t a team leaning on its goaltenders – in fact, starter Jaroslav Halak has been relatively ordinary – but all of its breakout candidates up front like Brock Nelson and Ryan Strome.

The kids have been so good that additions like Mikhail Grabovski and Nikolai Kulemin have been able to assume depth roles, and captain John Tavares is hardly left doing everything by his lonesome.

The Isles are a high event team, as they attempt more shots at even strength than all but Chicago, but the thing about their success is that, unlike other surprise teams like Nashville and Calgary, it should be sustainable.

And, in a weak conference, the Isles are suddenly a threat to do some damage.

Pittsburgh is the favourite to win the Metropolitan Division, but there’s no reason this team can’t be their biggest challenger.