The NHL's oft-stated position that its teams cannot protect their territories by casting a veto at the board of governors table is not shared by the Toronto Maple Leafs, one of two teams that could be affected if Canadian billionaire Jim Balsillie is able to move the Phoenix Coyotes to Hamilton.

In a letter dated Nov. 29, 2006 - filed in U.S. Bankruptcy Court in Arizona by Balsillie's lawyers last Friday - the Toronto franchise states it does not share the NHL's interpretation of its constitution.

The letter was in response to a decision made at an NHL board of governors' meeting in September of 2006 to tell the Canadian Competition Bureau that approval for franchise relocation was determined by a majority vote. The Leafs did not attend the portion of the meeting where that was decided, and later voiced their objections.

"The statement in the minutes that none of the [NHL]board members objected to the statement about relocation into home territories does not represent the Toronto Maple Leafs' position," the letter said. "The Maple Leafs … reserve all rights to take whatever actions are necessary to protect their exclusive rights to their home territory."

NHL deputy commissioner Bill Daly said the league stands by its position - even if the league's most prominent and wealthiest franchise does not.

In December of 2006, NHL lawyer Shepard Goldfein sent a letter to the Maple Leafs, stating that although a team representative was not present for the portion of the board meeting at which the league's position on the veto had been approved, the team had otherwise been informed of that position.

"While we understand the Maple Leafs' 'reservation of rights' on the league's interpretation of its rules, it should be noted that during the league's discussion with the Maple Leafs, the club did not voice an objection to the league proceeding in this manner," said the letter, which was filed with the court last week.

Balsillie and his advisers have long contended the NHL's opposition to his relocating a franchise to Hamilton has been driven by the Maple Leafs' insistence behind closed doors that they have a legal right to veto such a move. Balsillie has also argued the NHL wishes to keep that secret, because such a veto is anticompetitive and might be deemed illegal.

"The position taken by the Leafs at least raises an important question: Did the NHL block the sale of the Coyotes to Balsillie because they believed it was in the best interests of the league, or because the Leafs were opposed to the relocation of the team to Ontario?" said Gabe Feldman, associate professor and director of the Tulane University's Sports Law program.

"This question gets to the heart of the antitrust analysis. If the decision to block the sale was made by the Leafs alone, it could be seen by courts as a decision designed to protect an individual team from competition, and not a decision to protect the league as a whole.

On Wednesday, Balsillie is expected to argue that the NHL's opposition to his participating in the auction for the Coyotes is to protect the Leafs' stated right to keep NHL competition out of their territory. The hearing is to determine whether Balsillie's $212.5-million (U.S.) bid will be allowed at the auction on Sept. 10, despite his being denied approval as a potential owner by the NHL this summer.

The Leafs' 2006 letter makes clear the NHL's public position on relocation runs contrary to the wishes of the Toronto franchise and its owner, Maple Leafs Sports and Entertainment. And it suggests if the NHL was to deny the Leafs access to their veto, the league could expect a significant legal fight over the issue.

As a result of the NHL telling the Competition Bureau that its relocations were governed by a majority vote and that no veto exists, the bureau ruled in March of 2008 that NHL "policies on ownership transfers and franchise relocations do not contravene the Competition Act." 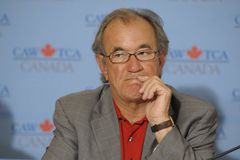 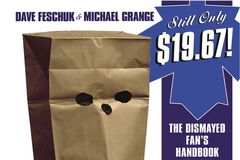