Ali Khosroshahin had a problem: When he was the head coach of the women's soccer team at the University of Southern California, which had won a U.S. national championship in 2007, he was losing too many players to injury.

He turned to technology for help.

Khosroshahin settled on a product called the Zephyr BioHarness, which monitors heart rate and an array of other fitness indicators, and can track distances run outdoors using GPS. Its value was immediate. By looking at the data, the coach knew how hard he could push his players, and how much rest they needed. The data also told him he had, at times, pushed the young women too hard.

It also helped that when he spoke with individual players about their performance, he could call on more than just his personal observations.

The greatest benefit of the data, he said, was it helped to prevent injuries, especially big ones such as strained and torn anterior cruciate knee ligaments.

"It's not a freak event, injuries," Khosroshahin said. "It's fatigue."

The technology comes from a small company started a decade ago by a New Zealand engineer, Brian Russell. His firm, Zephyr Technology Corp. in Annapolis, Md., initially sold its wares to branches of the U.S. military. It now works with the National Aeronautics and Space Administration, it helped in the rescue of trapped Chilean miners in 2010 and, since 2007, it supplies a variety of sports franchises – the tech-savvy San Francisco 49ers of the NFL were the first to sign on.

Interest from the NHL emerged last summer, as the Montreal Canadiens, Vancouver Canucks and Winnipeg Jets have all begun to experiment with the devices, seeing what the data can do to provide an edge.

The use of monitoring tools, such as those made by Zephyr and Polar Electro, or data-gathering technology like SportVU, is part of the adoption of new tools across professional sports to gain competitive advantage. A lot of money is on the line: When players are paid in the many millions of dollars – and every home playoff date is a bonanza for team owners – keeping athletes healthy is incredibly valuable.

Zephyr, which started with three engineers in a garage, now has about 35 employees and has raised more than $20-million in venture-capital financing, including backing from 3M Co. and Motorola Solutions Inc. This year, Zephyr is also making a major push in health care through remote monitoring of patients.

Russell, the chief executive officer, is excited about the potential of Zephyr monitors in hockey, where players are on the ice for bursts of less than a minute.

He talks about being able to push players to their limit – but not too far. And he imagines information being used in real-time, end-of-game scenarios, all the players ragged, "those magical last few minutes," the contest on the line. It could work two ways: Coaches would know, exactly, their players' energy level; and, if teams allowed, Russell suggests fans could even be privy to the numbers.

"It gives huge insight into how their bodies are dealing with a specific [workload]," he said.

Hockey has a reputation for being a laggard when it comes to adopting new technologies, at least compared to football and basketball.

In the NBA, every arena is equipped with six special cameras from SportVU, enabling teams and the league to collect amazing reams of data. Then compare and contrast: While the 49ers adopt the mindset of nearby Silicon Valley – the team's president and co-owner, Gideon Yu, is the former chief financial officer of Facebook and YouTube – NHL teams are often skeptical of potential advantages, with teams such as the Toronto Maple Leafs eschewing the illumination provided by advanced statistics, and currently watching their season implode.

There are, however, teams in hockey that are forward thinking, and no surprise they are some of the best in the game – Chicago Blackhawks, Pittsburgh Penguins, Los Angeles Kings.

In Vancouver, the NHL team isn't quite the top-tier contender it has recently been, but Canucks president and general manager Mike Gillis has always made innovative thinking a pillar of his philosophy. Work on fatigue with a so-called sleep doctor has significantly bolstered the team's performance on the road, for one.

It falls under what Gillis calls his "human performance plan" – by being smarter and getting the most out of every player, the result, hopefully, is increased success on the ice.

But in sports, teams that are seeking an edge are generally close-lipped about it. What the Canucks will quietly acknowledge, however, is they are assessing the data they have gathered after players wore Zephyr's BioHarness – a watch-strap-wide band worn around the upper midriff – during practices and games earlier this season. The information will help head coach John Tortorella to better understand how well players such as Henrik and Daniel Sedin, Ryan Kesler and Dan Hamhuis have handled an increased workload this season.

The primary use of the technology by others, from the NBA's Phoenix Suns to the America's Cup winners, Oracle Team USA, is physiological load – how hard the heart is working – and other elements such as mechanical load, which looks at the pounding the athletes' bodies endure.

The Canadiens are also quiet about their Zephyr use during training camp and preseason games. The Jets are more forthcoming. Winnipeg tested the technology at a development camp last summer, and now use it every practice. Some players even use it during games.

"It's a game of inches. You need an extra step," said Lee Stubbs, the NHL team's assistant athletic therapist and strength and conditioning coach.

Injury prevention is the Jets' No. 1 aim. "Guys who are tired are definitely more prone to injury," Stubbs said.

The Zephyr data also gives him something of an advantage when going to his boss to advocate his position on behalf of players.

"Data doesn't lie – it shows: Are they tired? Are they overworked? It's nice to have the data to go to the head coach and say, 'These guys need the day off, we've been banging them pretty hard.'"

Injuries avoided are not measurable, but the Jets this year are in the lower half of the NHL in terms of players, and quality of player, lost to injury (according to analysis by the blog Springing Malik).

For Team Oracle USA's head athletic trainer Craig McFarlane, who has employed different technologies over the past decade in professional rugby before using Zephyr in his work preparing for the America's Cup sailing races, it is plainly dumb to not lean on technology.

New boats in sailing demand much more from sailors, and the sporting enterprise run by Silicon Valley billionaire Larry Ellison knows the value in protecting the athletes.

"That's where people can break," McFarlane said of practices and races. "And they're your assets."

How an air-combat simulator is honing Canada’s hockey players
December 26, 2013 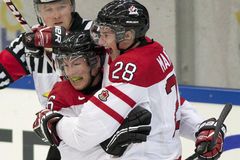 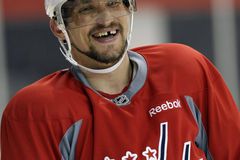