The National Women's Hockey League is slashing its player salaries in half in a drastic cost-cutting measure that's regarded as one of the second-year league's only chances to continue operating this season.

"The players have been informed in the interest of keeping the league financially viable that we have to enact salary cuts effective immediately," NWHL commissioner Dani Rylan said during a conference call with reporters on Friday.

"We fell short on some projections and we had to pivot and make a business decision at the end of the day," she said. "And the decision was, if we want to exist and we want to save the season, we have to make the appropriate decisions to do so."

The Canadian Women's Hockey League is a month into its 10th season and the rosters of its five teams are mostly set.

CWHL players also aren't paid salaries but instead earn prize money for winning the regular season and playoff titles. The league has announced plans to begin paying players some sort of a stipend as early as next season.

Without specifying the amount of the cuts, Rylan went public with her announcement a day after she informed team executives and players.

A person with direct knowledge of the decision told The Associated Press that player salaries were cut by 50 per cent, which represents as much as $440,000 (U.S.) in savings. The person spoke on the condition of anonymity because Rylan declined to disclose any figures.

Rylan did say the cuts do not apply to league employees and team employees who are not players.

She said team executives will have added responsibilities in an effort to increase ticket sales and attract sponsors. The four-team league has franchises in Boston, New York, Stamford, Conn., and Buffalo.

She blamed part of the cash-flow crunch on declining attendance one month into the season.

The cuts represent a major setback for an upstart league Rylan established in what was essentially a startup operation supported by investors and corporate sponsors.

Midway through last season, Rylan was so confident the NWHL model would be a success that she entertained questions of expansion.

Now, there are questions as to whether the league will be around for a third season.

"I think we can agree after yesterday's news it would be pretty foolish of me to guarantee anything," Rylan said on Friday. "But we have every hope and expectation that the league will be around for many years to come."

New York Riveters defenceman Ashley Johnston said players were shocked upon being informed of the need for pay cuts.

"When I first heard the news, I think probably gut-wrenching is the best way to describe it," Johnston said. "It's kind of going through the different stages of mourning. You're sad, you're frustrated – all the things that you'd expect."

Though a setback, Johnston doesn't foresee players choosing to opt out of their contracts.

"The easy thing right now would be for everyone to pack up their bags and go home," Johnston said. "But I'm never one to really think that the easy thing is the right thing to do. It's just going to be figuring out our next steps and where we go as a team, as a league and as a family from here."

NWHL players' options are also very limited when it comes to continuing to play after college.

Rylan said she did not reach her decision to cut salaries lightly.

"It came after trying everything we could from a business perspective to avoid it," Rylan said. "Yes, this is a setback. But sometimes you have to take a step back to move forward. And that's what we're learning here." 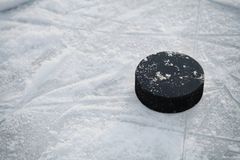 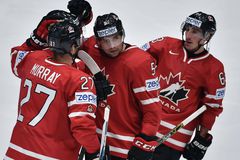 Harrison Browne to make NWHL debut as first transgender player
October 7, 2016
Report an error
Due to technical reasons, we have temporarily removed commenting from our articles. We hope to have this fixed soon. Thank you for your patience. If you are looking to give feedback on our new site, please send it along to feedback@globeandmail.com. If you want to write a letter to the editor, please forward to letters@globeandmail.com.
Comments