Dave Cameron used to deal with troubled youth. Now he will be dealing with a troubled NHL team.

Cameron, named Ottawa Senators head coach Monday after the firing of Paul MacLean, faces the challenging task of getting the struggling team back in playoff contention.

At 11-11-5 the Senators sit four points out of the final wild card spot in the Eastern Conference.

Prior to coaching, Cameron worked in Prince Edward Island with troubled youth and as a high school guidance councillor, but the draw to hockey was too much for the former player who logged 168 games in the NHL.

"Once I got in for a period of time and the passion grew, I knew I wanted to be an NHL coach, but I also knew don't be in a rush to get there because you're probably going to get one kick at the cat and if you're not ready when you get there and you get fired then you're probably done," said Cameron. "I aspired for it for a long time. I was never in a panic or rush or a timeframe on it."

"I challenge my players with everything I do and say. Every decision we make is in the best interests of the team and they have the right at any time that if they don't believe in what we're doing as a staff and as a team they can come in and by all means we'll talk about it."

This is Cameron's first opportunity as an NHL head coach, and the 56-year-old admitted it was somewhat bittersweet considering it came at his friend's expense. He had worked as MacLean's assistant for the past four years.

Cameron knows change won't happen overnight, but says part of the focus will be on the team's defensive play. Through 27 games, Ottawa has given up the second-most shots in the league behind only the Buffalo Sabres.

When asked how quickly he could implement change, Cameron was honest.

"I don't know. That's a tough one," he said. "I firmly believe when a team is in turmoil, and we are because there's been a change, that it's become too complicated. It's not complicated. It's a simple game. My job is to simplify it. The sooner we can simplify it the faster we change."

Reaction from players was as expected. Many anticipated some form of change to take place considering the team had won just four of its last 15 games.

"Unfortunately that's what happens when the team is not winning and playing as good as we're expected," said captain Erik Karlsson. "It's never any fun, but it is what it is and we have to move forward as a group and we have to be better or things will change there too and we know that. It's part of the business. I don't think (Monday) was a fun day for anyone."

MacLean addressed the media Tuesday afternoon and said everything he did was with the intention of getting the team into the playoffs.

MacLean said before a game against Pittsburgh on Saturday that I'm just scared to death every day who we are playing and sometimes I'm scared to death of who I'm playing." Senators GM Bryan Murray said at a press conference Monday that he didn't appreciate the comment.

"I thought we'd lost four games in a row, I didn't think that we'd lost our sense of humour," MacLean said when asked if he regretted the quip.

Part of MacLean's downfall was attributed to a lack of communication, but he disputed that claim.

"I thought my door was open all the time," said MacLean. "Communication is a two-way street. You have to have someone that talks and someone that wants to listen. I was always prepared to listen. Listening and patience is one of my strengths. I felt we communicated what the players needed to hear. We didn't win enough games."

MacLean says he leaves Ottawa a better coach and will be better prepared for his next opportunity.

Players don't anticipate a massive overhaul, but do expect a renewed sense of energy and optimism.

"It will take some time to sink in," said forward Bobby Ryan. "It's not like (MacLean) left the room and all of sudden we were rejoicing or anything like that. Somebody lost their job and we take ownership of that, but at the same time it's a business and you've got to move forward.

"I thought the guys did a good job of shelving it when we got on the ice and having a good practice still, but that being said you have to have fun and Bryan (Murray) was right in that regard.

"The morale in the room was low and that's because we were losing and that's not on Paul to take the morale from us, he wasn't doing that. We were creating bad morale on us on our own. When you're losing that's just natural, that's not Paul's fault."

The players and Cameron are eager to get to work and their first test will be a difficult one as they take on the Los Angeles Kings Thursday night in Ottawa.

"No easy games," said Cameron. "I've always been of the theory that when your team is in a slump the only way it breaks it out is if it beats a really good team. I've always taken that approach. A win is a win and we're going to have our hands full." 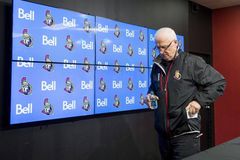 MacGregor: Alfredsson hangs up skates as ‘the greatest Ottawa Senator of all time’
December 4, 2014 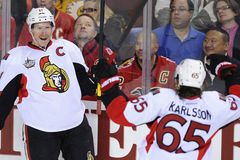 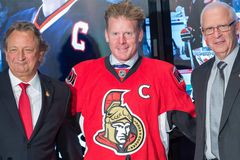 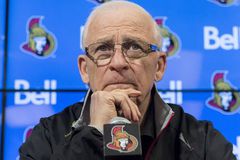