There is only one day when they celebrate failure in the NHL, and this year it happens to fall on June 24, when the 30 member clubs gather in Buffalo for the annual entry draft.

It is a time when the losers can start the process of becoming winners again, provided they make the right call(s) at the draft table.

This will be a record-setting year for Canadian teams, largely because all seven missed the Stanley Cup playoffs. The net effect will be a real bounty of talent heading to clubs north of the border. The Toronto Maple Leafs and the Winnipeg Jets, with the first and second overall selections respectively, will get their hands on two potential franchise players, Auston Matthews and Patrik Laine, one a complete two-way player in the Anze Kopitar mode, the other a pure sniper who models his game after Alex Ovechkin.

After landing Connor McDavid last year, the Edmonton Oilers are sitting at No. 4 this year, with the chance to draft a future linemate for McDavid, if they go with Matthew Tkachuk as expected. The Vancouver Canucks are next at fifth and in position to draft the top-ranked Canadian-born player, Pierre-Luc Dubois. The last time the Calgary Flames were choosing sixth (in 2013), they hit a home run with Sean Monahan, an emerging organizational cornerstone. And not that far back, at No. 9 and 12 respectively, are the Montreal Canadiens and the Ottawa Senators, where there's a lot of available talent in what scouts believe is a relatively deep draft.

Here is a team-by-team look at the needs, wants and aspirations of Canadian teams heading into the draft:

Game plan begins with taking Auston Matthews first overall. After that it gets more complicated. The Leafs will still hold 10 more picks thanks to president Brendan Shanahan's pursuit of futures all season. But even after acquiring goaltender Frederik Andersen earlier this week, Toronto has major immediate needs – adding another top-four defenceman is near the top of that list. Toronto has some bloated contracts affecting its cap for 2016-17, and could attempt to shed players such as Tyler Bozak, Joffrey Lupul or Jonathan Bernier – combined salary $13.6-million – in a bid to add Steven Stamkos or another high-end player.

After they select Patrik Laine second over all, the Jets have another first-round pick at 22, thanks to the deal that sent Andrew Ladd to Chicago at the trade deadline. This is general manager Kevin Cheveldayoff's sixth year presiding over the Jets, and his biggest off-season challenge may be signing former first-round choices Mark Scheifele and Jacob Trouba to contract extensions as restricted free agents. In goal, Michael Hutchinson re-upped this week; there are questions about the future of veteran goalie Ondrej Pavelec.

General manager Peter Chiarelli is ready to adjust the chemistry of his team and bolster a defence corps that is among the weakest in the league. The Oilers have useful trade chips, from Ryan Nugent-Hopkins and Taylor Hall to Jordan Eberle and Nail Yakupov. The hope is to turn one of them into a Cam Fowler, Tyson Barrie, Justin Faulk or Kevin Shattenkirk – a solid defenceman who can have an offensive impact too. When forward Milan Lucic hits the open market next week, Chiarelli is expected to be at the front of the line, bidding for his services.

The Canucks have managed to free up enough salary-cap space to bid for one or potentially two quality unrestricted free agents, with Loui Eriksson topping the list and homeboy Lucic not far behind. Vancouver was 29th in the NHL in goal-scoring, so that's an area that needs shoring up. The ability to draft a high-end forward at No. 5 was the impetus to deal rookie centre Jared McCann, who just turned 20 four weeks ago, to Florida recently for a potential top-four defenceman in Erik Gudbranson.

Jonas Hiller is returning to Switzerland, Karri Ramo is rehabbing a serious knee injury and Joni Ortio is an unsigned restricted free agent, which leaves the Flames with a gaping need for a proven starting NHL netminder and maybe a quality backup as well. It's not clear how much they're willing to pay for goaltenders – high-end options include Ben Bishop and Marc-Andre Fleury, while lower-priced possibilities include Brian Elliott and Jimmy Howard. Calgary traded its No. 1 pick last year to land Dougie Hamilton in an impact draft-day deal, – and their top pick is in play again this year. If the Flames can trade up a couple of spots to land an NHL-ready winger such as Jesse Puljujarvi, they will. If not, they are prepared to move down up to six places, if the price is right.

Canadiens GM Marc Bergevin is under pressure to turn things around after a disastrous 2015-16. The Habs aren't blaming their playoff miss entirely to Carey Price's injury, realizing there are other significant roster issues. They struggled offensively, relying too heavily on Max Pacioretty and P.K. Subban. But Bergevin has about $9-million in cap space to play with, and that makes him a player for a top-end free agent such as Steven Stamkos or Kyle Okposo. Montreal could also have interest in trading up from ninth to nab Pierre-Luc Dubois, who tore up the Quebec junior league with 99 points this past season.

New GM Pierre Dorion's summer challenge will be getting winger Mike Hoffman signed to a reasonable contract after his remarkable rise the last two seasons (his 56 goals in that time puts him in the top 20 in the league) and re-signing defenceman Cody Ceci. The Sens will have plenty of cap space, but their internal budget remains a factor – their cap isn't the NHL's cap. Letting Patrick Wiercioch walk will help free up salary space for at least a bargain buy. With a lot of the roster returning, Dorion appears to be banking on existing players improving under new coach Guy Boucher, and some better injury luck. Ottawa may be one of the quieter teams in the NHL over the next two weeks. 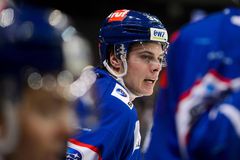 Former NHLers watch their sons rise up in the hockey hotbed of St. Louis
June 23, 2016 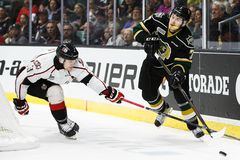 Top picks highlight why NHL draft is shaping up to be the Year of the Finn
June 21, 2016 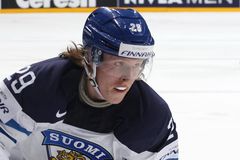 Follow Eric Duhatschek and James Mirtle on Twitter @eduhatschek @mirtle
Report an error Editorial code of conduct
Due to technical reasons, we have temporarily removed commenting from our articles. We hope to have this fixed soon. Thank you for your patience. If you are looking to give feedback on our new site, please send it along to feedback@globeandmail.com. If you want to write a letter to the editor, please forward to letters@globeandmail.com.
Comments