A litany of VIPs, including NHL deputy commissioner Bill Daly and players association executive director Don Fehr, plan to gather in Toronto Wednesday to unveil the World Cup of Hockey "countdown clock," so eager fans will know precisely how many days, minutes and seconds they need to wait until the event starts Sept. 17.

One might think that, with teams entering the stretch drive, hockey executives would have better things to do than go on a promotional tour for an exhibition hockey tournament to be played in the fall, but one would be wrong.

That's how much the success or failure of the World Cup matters to the NHL and its long-term international plan. Unlike the Winter Olympics, the World Cup is a joint venture in which the league and players association control everything from the schedule and training camps to the venues and ticket pricing.

Nominally, the Cup is being cast as an event that serves of interests of hockey fans who crave best-on-best competition.

The reality is it is a big-money, for-profit tournament, and the NHL hopes it will become so popular that, in time, the league will be able to say no to Olympic participation and not suffer any meaningful backlash from the paying public.

Now, even the most casual of hockey fans tune into the Olympics to see the likes of Sidney Crosby, Patrick Kane and Alex Ovechkin compete for gold medals every four years. Unhappily for the NHL, when the league shuts down operations to allow their players to compete at the Olympics, the International Olympic Committee takes over. League officials are there as guests, shunted to one side, neither seen nor heard.

By contrast, the World Cup is designed to show the NHL as a global league. That's the primary reason why organizers devised the new and oddball format, in which the top six hockey nations – Canada, United States, Sweden, Russia, Finland and Czech Republic – gain direct entry to the tournament, where they will be joined by two hybrid teams.

One is Team No Fixed Address (officially known as Team Europe), which will bring together top players from countries that didn't gain direct entry into the World Cup. The other is Team North America, which will feature Canadian and American under-23 stars.

While there may be some question as to how well those young Americans and Canadians will get along on a single team, given how they've competed against each other all the way through the ranks, including World Junior Championships, there is little doubt about their talent and potential.

The World Cup platform is designed to showcase all the NHL's stars – and the only way to do so is by shoehorning all the players who'd otherwise fall through the cracks on these hybrid teams. As good as teenage sensation Connor McDavid is, he is not making the Canadian team at centre at this stage of his career, not with the logjam of talent in front of him. Similarly, Jack Eichel isn't going to qualify for the U.S. team – it's just too deep.

But they're candidates for the under-23 team, and the NHL and PA are betting more people will pay to watch them play than to watch Slovakia and Switzerland, if those countries filled out the World Cup field.

Meanwhile, the under-23 team will feature Generation Next talents such as McDavid, Eichel, Dylan Larkin and Nathan MacKinnon.

Apart from a handful of older Canadians such as Joe Thornton, there will be virtually no stars left on the sidelines. You'll see Jonathan Toews, Tyler Seguin, Drew Doughty and Jamie Benn playing for Canada. Russia will have Vladimir Tarasenko and Ovechkin; Sweden Erik Karlsson and John Klingberg.

Every player who lifts you out of your seat, and every player who makes you buy tickets, will be competing, even if it took an odd format to fit them all in.

But be aware of this: The 2018 Winter Olympics are being held in Pyeongchang, South Korea, 14 time zones away and not exactly a hot NHL market. So if the World Cup is a screaming success, the league might use it as an excuse to politely decline to send its players to another season-disrupting Games. 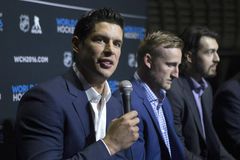 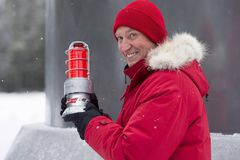 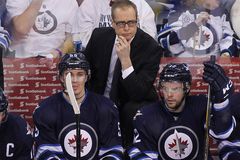 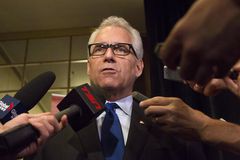 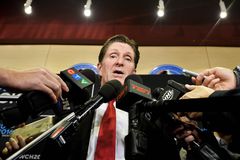 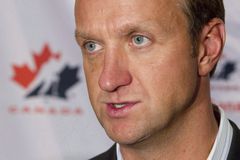 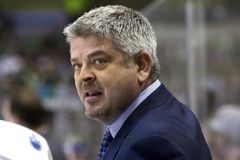