Fans entering NHL arenas this season will face almost airport-level security measures as part of a league-wide mandate to use walk-through metal detectors.

The detectors, known as magnetometers, will be in place at all 30 rinks for preseason, regular season and playoff games. Fans, arena employees, officials and even players are expected to go through them as the NHL joins Major League Baseball in moving past the practice of using hand-held metal detectors.

"It's the trend of the industry," deputy commissioner Bill Daly said in a phone interview. "For better or for worse, we live in an uncertain world, and it has to be of paramount importance to us, the health and safety of our fans, and an extra precaution that might take an extra 30 seconds for each fan I think is more than worth it if it means you're creating a safer environment for your fan base."

NHL executive vice-president of security Dennis Cunningham said once everyone gets used to the new security setup, he expects it to be faster than the current one. Maple Leaf Sports & Entertainment said it would open the gates to Air Canada Centre 90 minutes before games to compensate and told fans to give themselves extra time when arriving.

Lines at Rogers Centre for Blue Jays games tend to be longer the closer it gets to game time, but NHL officials said the feedback from other leagues with increased security measures has been positive.

"Overwhelmingly, the other leagues who have taken this step are pleased that they took it," Daly said. "It's not without some frustrations from fans for delays and for lines. But I think at the end of the day the leagues are very satisfied and felt like they made the right decisions."

MetLife Stadium in East Rutherford, N.J., recently installed walk-through metal detectors for fans of the NFL's Giants and Jets to go through. The NFL already has limits on bags that fans can bring into stadiums, preferring clear plastic bags and prohibiting purses that are larger than clutch size.

Cunningham said the NHL didn't want to inconvenience people too much and ultimately decided the walk-through metal detectors do a better job than hand-held wands of isolating potential threats. He said the NHL has discussed this possibility for a couple of years, in light of several shootings in North America.

The October, 2014, shooting on Parliament Hill in Ottawa was one of several events that influenced the league to make this step.

Cunningham hopes that fans are familiar with the walk-through metal detectors because they're in place at all airports. He acknowledges that using them in a sports setting is a bit unique.

All arenas are all different, and it's up to individual teams to prepare fans, employees and players for what to expect. The NHL decided on this because the walk-through metal detectors are less fatiguing to security personnel, and because they're more effective.

"The rebars in the concrete sometimes can give a false reading or a false triggering of alarm," Cunningham. "And if you don't go far enough down, people could walk in with an ankle holster, where when you go through a magnetometer, it's geared to be able to identify exactly where on the person the trigger is coming from, and it allows you to be more specific in telling someone to remove something from a particular part of their attire so that it can be examined more closely."

Cunningham said the NHL has told team presidents, general managers and public-relations officials to brief players on the new procedures.

"Sometimes if we've done some screening of the players before they come in on the bus, that'll help," Cunningham said. "There's a little leeway going into the arena, they go right to the locker room. But anybody that's coming early or on their own or whatever it is will go through the same screening process." 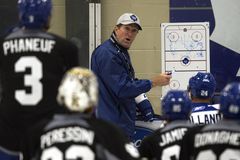 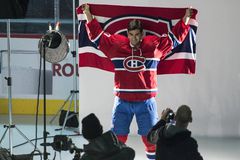 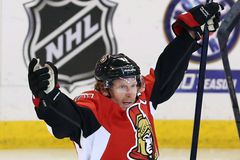 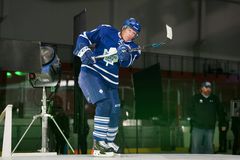 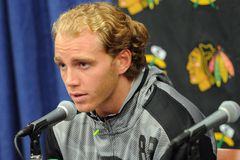