The excitement is palpable, the tickets are nearly all sold and the stadium is a technological marvel.

NHL Commissioner Gary Bettman only needs one more thing for the league's second outdoor game ever in California — on Feb. 21 when the San Jose Sharks host the Los Angeles Kings at the $1.3 billion Levi's Stadium — to be a success.

"We're going to need it about 40 degrees cooler on the day of the game," Bettman told San Francisco 49ers owner Jed York at a news conference Thursday promoting the matchup.

Bettman spoke on a day when the temperature was right around 90 degrees, obviously not ideal conditions for a hockey game. But as long as there's no rain storm, Bettman is confident the ice will hold up just fine in February after watching the success of last season's outdoor game between the Kings and Anaheim Ducks at Dodger Stadium in Los Angeles.

Tickets went on sale to the general public starting Thursday and fewer than 5,000 remain, according to Sharks chief operating officer John Tortora. Tortora said he expected to see those sold quickly and anticipated a capacity crowd of 68,500 for the game.

"I think it tells you a lot about our fan base and the growth of hockey in California," Sharks general manager Doug Wilson said. "To me, this is a celebration of both those things. All the players that have played here, the fans that have supported us, the community. We take this as a great compliment and a great opportunity to continue to grow our game here."

For Sharks players who have watched other teams play outdoor games around the league, the opportunity to play in front of this many fans at a spectacle like this is an opportunity they will cherish.

"When I was a kid when there was nobody watching," defenceman Marc-Edouard Vlasic said. "This with 70,000 fans will be different. It will be a lot of fun. It will be a great event for the fans, for the city and for the players as well."

Bettman said there were a few main factors in holding the game in Santa Clara instead of at the more picturesque AT&T Park in San Francisco, including how technologically advanced the newer stadium is, the proximity to the Sharks fan base and the higher seating capacity.

The 49ers connection to hockey didn't hurt either.

York is a longtime hockey fan whose family used to own the Pittsburgh Penguins. York's mother, Denise DeBartolo York, even has her name engraved on the Stanley Cup for when Pittsburgh won it in 1991.

Wilson and 49ers general manager Trent Baalke have also become close friends over the years, trading secrets about how they approach their jobs.

"If you go over to the 49ers training facility, when you first walk in the first picture is of a Stanley Cup. Pretty interesting, huh?" Wilson said. "Jed's funny. Jed's younger than a lot of our players. But, his history, he knows the game, knows the players and talks about it. Trent Baalke's college roommate was (former NHL player) Joel Otto at Bemidji State. I always kid Trent, I think he's a hockey guy in a football world." 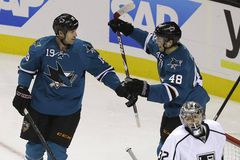 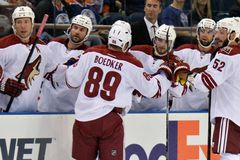 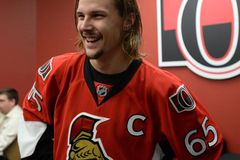 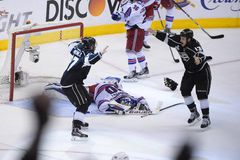 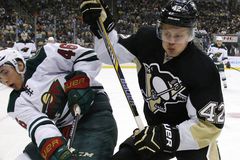