The seed has been sown, the manure and water to be provided by the acolytes in the media that he and Bill Daly have BlackBerried into duty. Broadcast jobs are on offer, front-office positions at the ready.

It is too early to gauge the success of this latest attempt by commissioner Gary Bettman and his owners to cleave National Hockey League players from the leadership of the NHLPA. It didn't work a few pay cheques ago when ownership ran out the notion that Donald Fehr was withholding information from his constituents, but the holiday shopping season is upon us and now we will see the resolve of the NHL players.

They can turtle as they've done in the past and continue down the gelded path to becoming an ineffectual arm of the league, just like the NB Players Association and NFL Players Association. Or they can read between all that uncomfortable anger Bettman showed on Thursday in New York when he was outmanoeuvred by Fehr and the NHLPA, and realize a deal is there to be made soon, if they hold together.

Bettman gave them the path to follow: a 48-game schedule is the least he can do to give some type of integrity to a shortened season: in other words, the sides can get a season in if they get something done by mid-January. Bettman even acknowledged that this was "very tough bargaining," which an optimist would take as a realization that some place in the corner of his heart he's developed a grudging respect for his opponent.

Do not be misled by the two-month-old press releases run out by the so-called doves among the owners who met with that group of players; this is all playing out according to plan. Give the players a strong dose of Jeremy Jacobs, then bring in the kinder, gentler owners. Get the players to waste time that should have been spent decertifying by luring them into a meeting without their union chief. It might have worked, were it not for the idiot who suggested to players representative Ron Hainsey that they might want to come back without Fehr and get the deal done.

Really: who'd want their bad, old lawyers with them when they're negotiating a contract with a bunch of like-minded good guys – Burkie and Tannie and Vinny and Chipper. Someone did inform the owners that – much to their chagrin, it's to be sure – Alan Eagleson doesn't run the union any more, right?

So that's where we are: ownership still testing the players' resolve, making behind-the-scenes approaches to orchestrate a rebellion against Fehr while doing things they swore they'd never do and make changes to their last-ever, final, not-to-be-tinkered-with, best offer; players well aware that they can keep the owners chestnuts roasting on an open fire for three more weeks or so before the doomsday clock really starts ticking.

This was all so predictable when Fehr was brought in to clean up the players association: hockey's good-guy culture running smack into the ultimate outsider, someone whose legacy can't be damaged by the brief chapter in his book that will be his tenure as NHLPA chief, because nobody who counts in the U.S. much cares. And that's what really eats away at the owners and Bettman: Fehr has no skin in this game at all, beyond his legal obligations. When he's done, he'll move to a place where people will wonder where he's been the past couple of years.

In the meantime, the owners are down to the bottom of the bag of stupid owner tricks, and while hockey players were destined to give back more than they'll ever gain in collective bargaining the second they opened the door to a salary cap, they are close to the point at which they've minimized their losses as much as possible. Let's see if they have the stones to hang in against the wishes of the hockey world; let's see if they can stop being "good guys" and act all grown up.

Canada has a 'Plan B' in case the NHL lockout is resolved
December 9, 2012 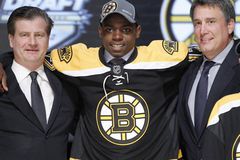 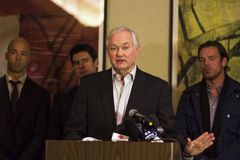 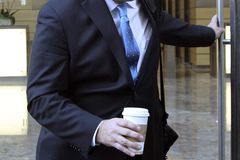 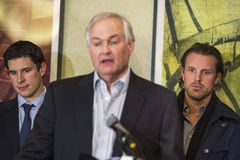 Beyond the smoke and noise, real disputes slowly getting solved
December 7, 2012 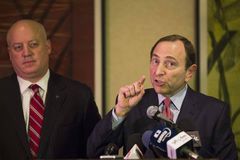