Last Friday was a big day for NHL players. It was payday – and it happened to be their biggest of the year.

That particular cheque was for nearly 11 per cent of their salary for the season, meaning a player earning $5-million would receive more than $500,000 before deductions.

That windfall was even better for those playing on the seven Canadian teams. NHL players are paid in U.S. dollars, which as of Monday's close were worth roughly $1.45 Canadian as the loonie continued its spiral downward.

It's a collapse that has been bad news for many in this country. Professional athletes, however, have a unique perspective, as most have two bank accounts and deal in two currencies every day.

"The bills are all Canadian," Toronto Maple Leafs veteran Brad Boyes explained. "At this point now, I'm moving a lot of stuff into Canadian dollars because the exchange rate's so good."

"I haven't been," teammate Joffrey Lupul said. "But it's certainly worth thinking about."

Players realize, however, that the exchange rate can hurt, too. A low Canadian dollar has serious implications for the NHL because it drives down league revenues, which in turn affects the salary cap.

It also makes life especially difficult for Canadian teams. The Maple Leafs player payroll, for example, is expected to hit at least $83-million (U.S.) this season, and that comes at a much bigger cost now than it did even in mid-October, when the Canadian dollar's value was still nearly 80 cents.

That payroll figure doesn't include staff costs, such as the first year of the massive eight-year, $50-million (U.S.) contract for head coach Mike Babcock.

At a 90-cent dollar, Babcock – the highest-paid coach in the league – would be earning about $7-million a season.

Right now, his annual salary works out to more than $9-million Canadian – and it's growing daily.

Maple Leaf Sports and Entertainment chief financial officer Ian Clarke calls the exchange rate one of the tougher risk factors for the company. He said MLSE tries to use currency hedges to mitigate the impact of rapid shifts like those of the past few months.

NHL teams typically can "lock in" an exchange rate for a prolonged period of time – a year or more – ahead of the season in order to ensure some cost certainty, but the devaluation still makes a major impact.

It's expected that teams in smaller Canadian markets will need to draw from the league's revenue-sharing arrangement this season as a result of the currency issue.

League-wide revenue projections will also take a hit. Last season, NHL revenues were up a robust 8 per cent when considered on a currency-neutral basis. With the change in the Canadian dollar factored in, however, the increase worked out to 5 per cent.

With the dollar down 12 per cent in the past three months, this year's damage is expected to be more substantial. The seven Canadian teams are believed to typically generate somewhere between 30 and 35 per cent of NHL revenues, which means a 10- to 15-per-cent drop in the dollar can decimate any real growth made by the 23 American teams.

The NHL's salary cap is tied directly to revenues, so flat revenues would result in an almost flat cap. That puts a drag on free agency and most player movement, which is bad news for players such as Boyes, whose contract expires in July.

Player salaries are also directly linked to revenues through an escrow system, which has been eating up an increasingly larger share of paycheques this season. In this quarter, NHL players have been losing 16 per cent of their pay to escrow; in the next one, because of where the dollar is, it's believed that figure could hit 20 per cent.

"That's the unfortunate part," Leafs centre Nazem Kadri said. "As it decreases, it's tough for some teams and the league to not lose money. Then the escrow keeps going up. Hopefully the dollar spikes, and we can get it back to the average."

"The player it hurts the most is a U.S.-based player who has his life there that consumes U.S. dollars," said Stew Gavin, a retired NHLer whose firm provides wealth-management services to roughly 60 NHL players, including James van Riemsdyk and Shawn Matthias of the Leafs. "They're seeing that hit on escrow and a net loss of their income. A Canadian player can lose it on the salary, but then he picks some up on the currency exchange. We're doing some trades here recently at close to 44 [extra] cents on the dollar. It's nice when they see that lift."

The official line from the NHL is there is only mild concern over where the dollar is. Many teams took in the bulk of their revenue in the spring and summer months, when season-ticket payments were due, so a continued collapse in the currency over the coming months would primarily affect playoff revenue (Given the current standings, it's plausible that no Canadian team will make the postseason, which may help.)

According to deputy commissioner Bill Daly, the league hasn't recalculated where the cap might end up next season based on the dollar's shift. It's safe to say, however, that it's unlikely to get anywhere close to the rosy $74.5-million figure they forecast to the board of governors in December.

That's why most players believe the boost they're getting in their exchange rate isn't ultimately a good thing. They'll pay for it eventually.

Can the Maple Leafs afford a superstar’s supersized contract?
December 16, 2015 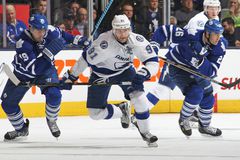 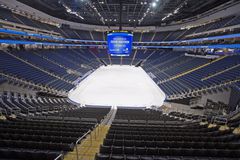 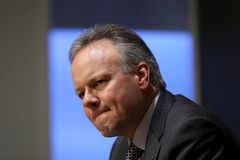 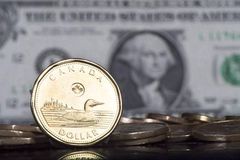