All signs are pointing to the NHL expanding into Las Vegas in the near future, perhaps even in time for the 2016-17 season.

One of the first hurdles for the Vegas ownership group was a season ticket drive this spring, with the goal set to get 10,000 commitments in the form a 10-per-cent deposit.

One month into the campaign, they've already passed the 9,000 mark – and are gaining steadily.

"[We're selling] between 125 and 180 tickets a day," Bill Foley, who would own 80 per cent of the Vegas franchise, told KLAS-TV. "So everyone can do the math. We're really on our way. They're selling.

"We're proving the point to the league and to everyone in hockey-land that Las Vegas is hockey ready. It's going to be a lot of fun, and we're going to have really good teams. Really good teams."

So look out Los Angeles Kings…

The first big key to the Vegas franchise had been getting an arena built, but that process is well underway. The $375-million, 17,500-seat facility is now expected to be ready for late April of next year and construction has started behind the New York-New York Hotel on the Strip.

MGM Resorts and AEG have partnered on the building, so they have both casino-backing and one of the world's top arena-companies involved.

It's expected that a Vegas expansion team would be a one-off, meaning the NHL would be a 31-team league for at least a few seasons. Seattle remains a location the league is deeply interested in, but without a building or firm ownership group, progress on that front has been slow.

There also remains uncertainty around some existing markets, with the Arizona Coyotes remaining at the top of that list.

Foley had initially suggested his team name would include "Nevada," but after some backlash in the city, he has stated it will be named Las Vegas.

One popular suggestion out there is they will be called the Black Aces.

Whether or not the franchise would be financially viable is difficult to say at this point. The Vegas metropolitan area population has grown so dramatically it's now topped more than two million, which is roughly on par with NHL cities like Columbus and exceeds that of Raleigh, Nashville and Buffalo.

Support from the casinos would obviously be vital, and Foley has wisely kept the local business community heavily involved in the ticket drive.

Being the first major professional sports league into Vegas also should help, as there is a local base of sports fans there that would get onboard. Based on the deposit prices, tickets for the team would range between $35 and $220 a ticket, which is on par with a lot of American markets.

Like Nashville, they are also not building a huge arena, which will make it easier to fill and improve the atmosphere.

At the very least, the uniqueness of the market should allow Vegas to generate more revenue in the early years than some of the NHL's problem cities. 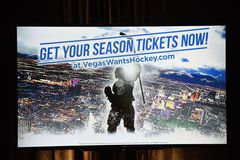 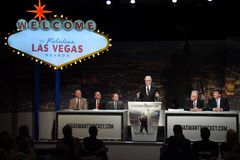 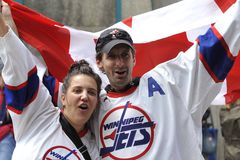 Las Vegas strip to get a driving range as casinos diversify 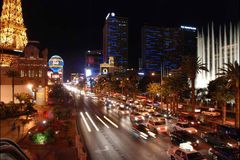