A boo-boo by the NHL and its lawyers is keeping Ottawa Senators owner Eugene Melnyk in a financial squeeze.

The NHL's legal team, which is based in the United States, failed to ensure that the league's now-$2-billion (U.S.) line of credit complied with Canadian government regulations when it was launched in October, 2014.

As a result, none of the seven Canadian-based NHL teams can take advantage of the low-interest credit facility, which is managed by Citi, the vast New York-based financial services company.

This is not a huge blow for six of the Canadian teams, which are owned by individuals or corporations wealthy enough to borrow from alternative sources at favourable interest rates. But Melnyk has suffered financial reverses in recent years in his pharmaceutical businesses, and the Senators have carried significant debt ever since he bought the team in August, 2003.

The Ottawa Citizen reported Melnyk reworked the Senators' debt in April, 2013, by lining up $150-million of new financing from two U.S. specialty funds. These loans typically come at high interest rates, often at more than 10 per cent.

That is at least 8 per cent higher than teams such as the Arizona Coyotes are paying for their loans through the NHL's line of credit.

But even though the NHL's line of credit is secured by its national media contracts, including the 12-year, $5.2-billion Canadian broadcast deal with Rogers Communications Inc., Melnyk cannot lower his debt payments the way the Coyotes are doing.

Once new Coyotes majority owner Andrew Barroway gets under the league's line of credit, it is estimated the team's annual debt payments will be reduced to less than $10-million (U.S.) from about $17-million.

No one from the NHL is willing to divulge the details, but it appears the Canada Revenue Agency ruled that the line of credit is offside, perhaps because of how interest payments to a U.S. entity are handled.

Deputy commissioner Bill Daly declined to comment, as did Melnyk.

A CRA spokesperson did not confirm or deny a ruling, noting that "the confidentiality provisions of Section 241 of the Income Tax Act would prevent the Canada Revenue Agency from commenting."

The league and its lawyers have been working to get the credit facility to comply with Canadian regulations, but that may take another three months to achieve. While NHL sources say it could take less time, it still means Melnyk has been left with much higher interest payments for most of this NHL season.

Melnyk's financial troubles have been reflected in the Senators' budget in recent years. At the start of this season, with the salary cap at $69-million (U.S.) and the floor at $51-million, the Senators' player payroll was $54.35-million, the third lowest among the NHL's 30 teams.

The Senators may earn enough revenue to keep up the payments on their high-interest debt, thanks mostly to proceeds from the Rogers television deal and the sale of the team's regional broadcast rights to Rogers' rival Bell Media for $400-million over 12 years.

But with the benefit of the NHL's lower interest rates, the Senators could free up enough cash to spend on players – if Melnyk chose to do so.

NHL insiders say the league's credit facility is not drawing full participation even from teams that have access to it. The wealthier teams do not need it because they have their own sources of money at equally low interest rates.

Indeed, some with knowledge of the banking situation regard the line of credit as a honey trap.

While there are limits to how much a team can borrow (generally around 50 per cent of a franchise's assets), even financially strapped teams such as the Coyotes can draw more than $100-million.

This can place a team with low revenues in perpetual debt, as it is common practice for such teams to simply turn over their annual television or other shared revenues from the NHL to their lenders as payment.

If their other revenues remain low, as has been the case for years for the Coyotes and the Florida Panthers, for example, then these teams may never make a serious dent in their debt payments. Veterans Phillips and Neil set to return to the lineup for Senators
January 19, 2015 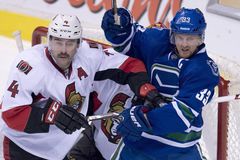 Researchers use dollar signs to show NHL the cost of brain injuries
January 16, 2015 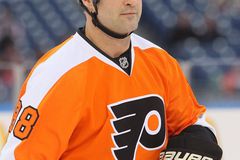