As long as the NHL lockout lasts, the Canadian junior men's hockey team will be older and stronger than in previous years.

Edmonton Oilers centre Ryan Nugent-Hopkins and other 19-year-olds who would have otherwise been lost to the NHL are among the 37 players invited to selection camp Dec. 10-15 in Calgary.

There was an undercurrent of uncertainty in Monday's announcement in Calgary because of the impact a sudden end to the lockout could have on the team in the coming weeks.

With no end to the labour impasse in sight, Canada can, for now at least, anticipate having one of its strongest teams at the 2013 world junior hockey championship starting Dec. 26 in Ufa, Russia.

But head coach Steve Spott, whose day job is coaching the Ontario Hockey League's Kitchener Rangers, sounds like a man who has to be prepared for anything.

"Until Dec. 26 with the uncertainty of this work stoppage, I'm trying to keep all my steno pads in order because I've got about 30 different rosters right now that I'm looking at," he said. "We're blessed, obviously, with a wealth of talent here in Canada.

"Until I see those players on the 26th against Germany, there's a lot of balls in the air. Ultimately it will be great to get on the ice with them next Monday."

The junior team won gold during the previous lockouts in 2005 and 1995, but those tournaments were on this continent in Grand Forks, N.D., and Red Deer, Alta., respectively.

Twenty-three players will be chosen Dec. 13 to play for Canada in Ufa. The 2005 gold was the first of five straight for Canada in the tournament, but it's been two silver and a bronze over the last three years for the Canadians.

The world junior tournament was held on the smaller North American ice surface the last four years, but now returns to the larger European style of arena. So a premium was placed on skating ability when issuing invitations to camp, according to Hockey Canada head scout Kevin Prendergast.

"If they're not an excellent skater, they bring an intangible we think can help us," he said.

A new wrinkle for this team is retaining a third goaltender as insurance. A country can add a goaltender during the tournament if one of the two are injured, but the International Ice Hockey Federation doesn't allow for replacements at forward or defence.

Because it would take two days to get a goalie from Canada to central Russia, a third goalie will be asked to stay with the team on the slim chance he might play in the tournament.

That will be a tough sell to both the goaltender and his junior club team trying to win games back in Canada.

"That's going to be a challenge for us, to find that third person who is going to be willing to accept that," Spott said. "If there's one thing the Canadian Hockey League has been proud of and supportive of, it's our world junior team, but ultimately this is a unique situation because of the travel challenges.

"We'll have to make sure whoever that third goaltender is — not only do we need his blessing and know he'll be able to handle it, but the support of his ownership and management of his junior team. These are all starters for their club teams."

Where the Canadian team will benefit the most from the lockout is at centre. Joining Nugent-Hopkins through the middle are second-year players Jonathan Huberdeau, Mark Scheifele and Ryan Strome. All are top-10 NHL draft picks and likely would have played in that league this season.

Huberdeau, Scheifele, Strome, winger Boone Jenner and defencemen Dougie Hamilton and Scott Harrington are the returning players from the team that won bronze at the 2012 world junior hockey championships in Calgary and Edmonton.

"People don't understand the amount of pressure that goes with wearing that sweater and having gone through that process once, it's only going to make everyone else better," Spott said.

While the world junior championship is considered a showcase of a country's 19-year-old talent, 17-year-old Halifax Mooseheads forwards Nathan McKinnon and Jonathan Drouin are among the forwards invited to Canada's camp.

"[McKinnon] is probably the fastest player we have coming to this camp, speed-wise," Prendergast said. "Drouin has high, high-end hockey sense. He's exceptional with the puck."

A crucial position with no incumbent is at goaltender. Malcolm Subban of the Belleville Bulls, Jake Paterson of the Saginaw Spirit, Laurent Brossoit of the Edmonton Oil Kings and Jordan Binnington of the Owen Sound Attack were invited to selection camp.

The players released from camp in 2011 and back for another try include defencemen Mathew Dumba of the Red Deer Rebels and Ryan Murphy of the Kitchener Rangers, as well as forwards Philip Danault of the Victoriaville Tigres, Ty Rattie of the Portland Winter Hawks and Mark McNeill of the Prince Albert Raiders.

Dumba, 18, likes his chances of making the team out of selection camp this year.

"I think they're good. I'm going in with that optimism and that confidence," he said.

Notes: The selection camp roster includes 18 players from the Ontario Hockey League, 11 from the Western Hockey League, seven from the Quebec Major Junior Hockey League and Nugent-Hopkins from the AHL . . . The Boston Bruins, Detroit Red Wings and New York Islanders have the most prospects in the camp with three draft picks apiece. 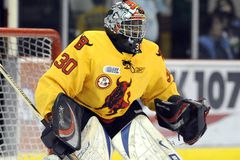 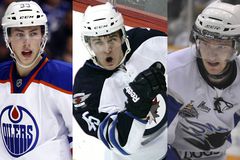 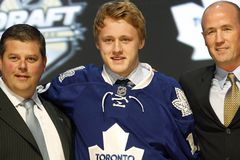