They spent the entire lockout and even much of the season developing talent for the Toronto Maple Leafs, providing their parent club with body after body during its unexpected run to finishing fifth in the Eastern Conference.

Now the Toronto Marlies will lose perhaps their top prospect of all.

The Edmonton Oilers will name Marlies bench boss Dallas Eakins as the franchise's 12th head coach on Monday afternoon, capping off a wild couple of months for an organization desperate to begin its progression up the standings.

The addition is a significant coup for new Edmonton general manager Craig MacTavish, who outfoxed at least three other interested parties – the Dallas Stars, New York Rangers and Vancouver Canucks – for Eakins's services after being hugely impressed during 1-on-1 meetings with the Marlies coach in Toronto last week.

Those discussions quickly set in motion a thought process that led to MacTavish dialling up head coach Ralph Krueger – who had settled in at his off-season home in Davos, Switzerland – on Skype to inform him he was fired after just 48 games on the job.

"I don't think this was in any way fair to Ralph," MacTavish said during a hastily arranged press conference on Saturday. "This wasn't about being fair to Ralph."

Instead, it was about MacTavish making his mark on the team and overhauling one of the main areas he had targeted for improvement since taking the job in mid-April.

While the Oilers had improved modestly from 29th to 24th in the standings under Krueger, there were many underlying signs they had actually taken a step back.

Edmonton, for one, was outshot more heavily than not only every other NHL team this past season, but the last five seasons, with the team's possession statistics falling back into the league basement.

That Kruger couldn't coax out more of an improvement even in a year when netminder Devan Dubnyk posted a career year – his .920 save percentage was 11th among starters – was an indictment of his ability to lead the Oilers upwards as much as anything.

MacTavish didn't exactly make his concerns with the Oilers coaching staff a secret, either. Soon after taking over, he had discussed with Krueger at length the need for a veteran associate to serve as his right-hand man, with the likes of Paul Maurice and Rick Bowness in the running.

But after meeting with Eakins – who has spent the last eight years in the Leafs organization, including two as an NHL assistant coach – MacTavish quickly realized two things.

One, an associate job wouldn't be enough to bring him on board.

And, two, this was a much more intense man than the affable Krueger, one who would hold even the organization's most heralded youngsters accountable just as he had with the Marlies.

"I recognized I was trying to add a coach that was more closely aligned with the way I wanted to run the team," MacTavish explained. "And less about supporting Ralph as the head coach. It was at that point that I contemplated making the change."

Part of the organization's problem is that the only two current assistants, Steve Smith and Kelly Buchberger, have ties to former teams but very limited experience behind the bench outside of their time in Edmonton, which has been filled with more losses than almost any other franchise.

At minimum, Eakins will need a third voice to help on the technical side of things, which may even mean bringing in Maurice, who he coached under with the Leafs in 2006-07 and 2007-08.

Another strong candidate to join Eakins in Edmonton will be Marlies assistant Derek King, a long time NHLer who played a key role in the Leafs affiliate's success the past two years.

"Absolutely we'll have another coach on staff next year," MacTavish said, adding that he hoped Smith and Buchberger would be retained but that the new hire will "have lots of latitude" to choose his staff.

Eakins had an interesting choice to make here between going with the Oilers or a more stable organization with a win-now mentality like Vancouver – where Canucks GM Mike Gillis interviewed him twice in the past couple of weeks – or New York.

While expectations will be more modest in Edmonton and Eakins will be armed with far more job security (with what's believed to be a three-year deal) than Krueger, immediate progress will also be a must with a fan base growing antsy after seven consecutive years out of the postseason.

More than anything, what MacTavish signalled on the weekend is that he means business and is fed up with the Oilers being one of the league's laughingstocks.

And, come September, it will be on Eakins to deliver having been the hottest coaching commodity on the market this off-season.

Eakins’ road to Oilers inspired by Roger Neilson
May 11, 2018 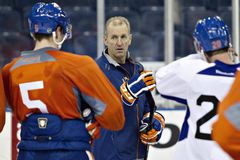 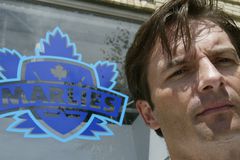 Dallas among possible destinations for former Canucks coach Vigneault
May 11, 2018 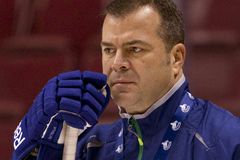 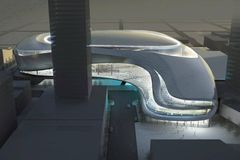 Duhatschek: Vigneault pays price for lack of playoff success
May 11, 2018 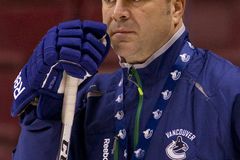 Marlies stave off playoff elimination with win over Griffins
May 11, 2018 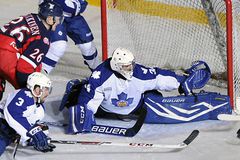