Jamie Benn can't always get what he wants.

Over the summer Benn wanted to be invited to Team Canada's Olympic orientation camp and named captain of the Dallas Stars. Hockey Canada didn't put him on the list but Benn did become the NHL's third-youngest captain.

Funny thing is, those parallel events have combined to make Benn something of a force this season and a legitimate candidate to represent Canada in Sochi. That spark started with being snubbed from camp.

"He really is playing like a possessed player," Stars coach and Team Canada assistant Lindy Ruff said Thursday. "He's done some great things for our team.

Benn has seven goals and 18 assists in his first 26 games, second only to Chris Kunitz of the Pittsburgh Penguins among Canadian-born left-wingers. The 24-year-old was a centre earlier in his career with the Stars, but the off-season acquisition of Tyler Seguin from the Boston Bruins allowed Benn to move back to his more natural position.

"I'm comfortable in both spots, but it's pretty nice going back to left wing," Benn said. "It's where I played almost my whole life.

"Obviously to have Tyler in the middle at his regular position, we're feeding off each other pretty well."

That move could also help Benn make Team Canada, which is stacked at centre with Sidney Crosby, Jonathan Toews, John Tavares, Eric Staal and many others.

"I mean it was going to be tough to beat out Crosby, I think, at centre," Benn said, smiling. "I guess I'll go back to left wing.

"I think there's a lot of great centres in this league that are going to have to play different positions on that team. I guess it's a little bit of an advantage to play your normal position on wing."

Benn also has the advantage of being coached by a member of Mike Babcock's Olympic staff. Ruff "sees the good and the bad and what goes on during the year," Benn said, while the rest of Canada's management staff has remained hands-off.

But Benn has been in the spotlight since he said he wanted to shove it in Team Canada's face for not making him one of the 47 players invited to Calgary for camp. Babcock said back in August he wanted players who weren't invited to get the message.

Benn has. He conceded being "a little disappointed" over the summer but hasn't shied away from calling it a source of motivation.

"Whenever you can have a chance to represent your country in anything it's obviously pretty special," he said. "I'm just obviously focusing on the Stars and what I have to do to help this team win, but I definitely want to make them have a hard decision in choosing the team this year."

It's a hard decision because there are so many players in Benn's spot on the borderline between Sochi and a two-week vacation while the Olympics are going on.

"You've got to let your playing do your speaking in these situations, and I think he's gone into some tough buildings and played pretty well for us," Ruff said. "I think any player that's in that bubble category, all they can do is put numbers up and play well."

Even then, it's up to Ruff, the rest of the coaching staff and management group to sift through a list of potential Olympic candidates that's "still pretty long."

"We've had dialogue in recent weeks and we're keeping an eye on all those players that are in that same category, the same category that Jamie's in," Ruff said.

As he goes around the NHL, Ruff has no choice but to think about his dual role of coaching the Stars and scouting for Team Canada. He "definitely" notices opposing players who are in the mix and that's not easy to juggle along with his regular duties.

"It's tough to do your job and worry about the other responsibility at the same time," Ruff said. "But I think the guys that are in there understand where we're at and between the four or five coaches we have, we're just trying to give honest opinions on what we see when we scout players and when we play against them or the guys that play for us."

Ruff didn't know much about Benn until this season. He had spent 16 seasons as coach of the Buffalo Sabres and didn't get many chances to watch Benn, who has been in the Western Conference with the Stars.

What Benn has shown is versatility on the ice, including an ability to take faceoffs and play centre in a pinch, and more maturity in his leadership off the ice in his first season wearing the 'C' on his chest.

Benn credited his teammates and former Stars captain Brenden Morrow for helping him evolve. But he hasn't changed his personality since accepting more responsibility.

"I'm not much of a big talker, I'm not going to rah-rah the guys before a game, but there are times where I have to step up and talk," Benn said. "I'm just having fun with the challenge and the experience."

Mirtle: Leafs’ Kadri mourns but plays on for ‘the original Nazem Kadri’
December 4, 2013 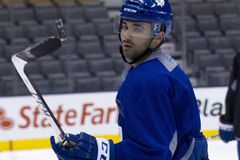 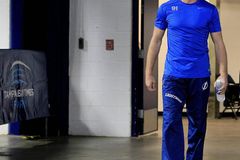 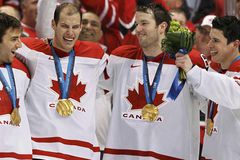 Olympic coach Babcock mum on whether Subban will play in Sochi
November 25, 2013 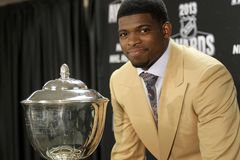