One in five National Hockey League players who sustained a concussion during a shift in the regular season went back on the ice that same game, a study by the league and players association has found.

It also showed a significant number of those players who returned to the ice ended up missing more than 10 days of play afterwards because of concussion symptoms, which include headache, dizziness, nausea, blurred vision and sensitivity to light.

"Our results suggest that more should be done to educate all involved with the sport about the potential adverse effects associated with continuing to play while symptomatic, failing to report symptoms to medical staff and failure to recognize or evaluate any suspected concussion," says the study, to be published Monday in the Canadian Medical Association Journal.

"It highlights the need for a more precautionary approach," says lead author Brian Benson, a sports medicine researcher at the University of Calgary who is on contract with the NHL as a concussion data analyst. His co-authors include Dr. Charles Burke, the team physician for the Pittsburgh Penguins.

If the spotlight has burned more brightly on the issue of head injuries in the NHL, it's at least partly due to the Penguins' Sidney Crosby - the game's best and most marketed player - suffering a concussion that has kept him out of action since January.

This is the largest and most in-depth study ever done on concussions in the NHL, says Dr. Benson, and is the result of a program launched in 1997 by the league and the players association.

It analyzes data on the 559 concussions that were sustained in regular season games between 1997 and 2004.

The data collection is on-going, and more recent numbers on concussions are now being analyzed, says Dr. Benson, and will be released more quickly.

Though concussion experts said the study breaks little new ground, it does help quantify the risks to players who continue playing with symptoms.

"It really confirms some things that we knew but didn't have a lot of evidence for," said Dr. James Kissick, a concussion specialist who participated in some of the study's early data collection as the former team doctor for the Ottawa Senators.

Dr. Kissick said the finding that a large proportion of players who play through their symptoms - or whose symptoms only materialize later - miss considerable time "verifies some of the things we've been saying about the return to play."

The study found that in eight per cent of cases, players were evaluated or observed and went back on the ice in the same game in which they were injured. None of them lost consciousness, or had amnesia.

In 11 per cent of cases, the players weren't evaluated and continued to play in the game. Later, however, they reported symptoms.

In total, then, roughly one in five players returned to the game in which they were injured.

Of the players that were evaluated but continued to play, 14 per cent missed more than 10 days. Among those that weren't evaluated, that number was 27 per cent.

It highlights how difficult it can be to diagnosis concussions during a game, especially if players hide or don't recognize their symptoms or aren't showing any.

It also stresses the need to err on the side of caution.

The study found that players missed up to 342 days of play following a concussion. Almost a third missed more than 10 days. (The study had information on time missed in 529 of the 559 cases.)

The NHL, a partner in the research, recently changes its approach to assessing concussions.

At a meeting of the league's general managers in March, new guidelines were adopted to have any player suspected of having suffered a head injury automatically moved to a quiet room for a minimum of 15 minutes so a team physician can conduct a full examination.

The league has also vowed to punish head shots more severely, particularly in the case of repeat offenders like Crosby's teammate Matt Cooke.

Dr. Benson says it is important to educate everyone involved in hockey to check out potential concussions, even in the absence of symptoms.

"If they see a big hit, see something suspicious, there should probably be an evaluation to make sure it is not a concussion."

Neither the NHL nor the NHLPA could be reached Sunday to comment on the study. 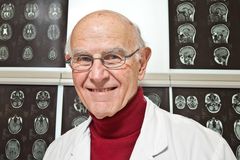 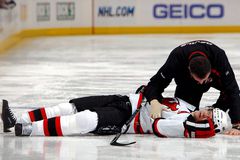 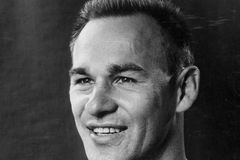 Hockey Canada to look at zero-tolerance rule for headshots
March 29, 2011 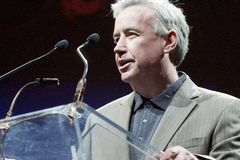 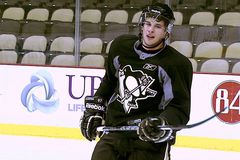 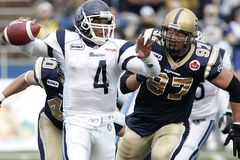 Follow Anne McIlroy and Sean Gordon on Twitter @AnneMcIlroy @MrSeanGordon
Report an error Editorial code of conduct
Due to technical reasons, we have temporarily removed commenting from our articles. We hope to have this fixed soon. Thank you for your patience. If you are looking to give feedback on our new site, please send it along to feedback@globeandmail.com. If you want to write a letter to the editor, please forward to letters@globeandmail.com.
Comments