Before this year's NHL draft, Mackenze Stewart was just hoping to get a tryout with a club, thinking it unlikely that his name would be called.

But Stewart's determination to overcome being born deaf convinced the Vancouver Canucks to take a chance on him in his second and final year of draft eligibility.

The Canucks chose him with their final pick, in the seventh round (186th overall), in June. Now, the Prince Albert Raiders defenceman has a chance to become one of the few hearing-impaired players to reach the NHL.

"It was something that I never expected to happen," said Stewart, a 19-year-old Calgary native. "But when it did, I was just really happy."

In addition to his stay-at-home defensive qualities, Stewart's determination to overcome his childhood deafness factored into the Canucks' decision.

"It's quite a story of perseverance," said Canucks general manager Jim Benning. "He's been raised by his mom, so his mom's worked hard to support him throughout his hockey career. He gets through adversity."

Benning said there's a good chance the Canucks will sign Stewart, who is in his second season with Prince Albert, if he improves as expected.

"We like his physical skill set," said Benning. "He's a big kid. He can skate. He plays a physical, stay-at-home game. He can make a first pass with the puck. There are some things he needs to learn in his game. He needs to be consistent."

Stewart has 80 per cent hearing capability after undergoing multiple operations to correct a "mechanical" problem.

Through most of his life, Stewart, who is listed at six-foot-four and 216 pounds, has excelled despite having to deal with his medical procedures, speech therapy and a late start in minor hockey at age 12 because contact sports posed a risk to his hearing health. But he downplays his ability to overcome obstacles.

"I always tried to live my life before as a normal kid. (Playing hockey) just felt like a normal thing," said Stewart, who played street hockey before he competed on ice.

He advanced to the WHL after playing with Junior B clubs in Southern Alberta and the Calgary Mustangs of the Alberta Junior Hockey League.

"He's come a long way," said Prince Albert coach Corey Clouston. "He's worked hard on the conditioning aspect of it. He's quietly gone off under the radar. Obviously, last year, he made lots of improvements in his game and, obviously, Vancouver thought enough of him to draft him."

Clouston wants Stewart to get back to playing the simple game he displayed last season. A former Ottawa Senators coach, Clouston said Stewart has a chance to reach the NHL if he continues to play physical and work on his conditioning. He says his hearing impairment is "a non-issue."

But former NHL defenceman Jim Kyte – the league's first and only legally deaf player – said Stewart will still have to use strategies, such as signals from goalies on which way to move the puck, in order to compensate for his 20-per-cent hearing loss.

Kyte, a former stay-at-home rearguard and feared fighter, overcame his disability to become a Winnipeg Jets first-round pick (12th overall) and he also played for Pittsburgh, Calgary, San Jose and Ottawa over 13 NHL seasons. He believes Stewart has a chance to excel because the Vancouver prospect has qualities that can't be taught: He's big and plays mean.

"He may not hear as well, but there are a lot of things he can do to compensate for that," said Kyte.

The former NHLer also views Stewart's ability to persevere as a key attribute.

"He has been second-guessed all the way up and he believes in himself," said Kyte. "If he continues that belief and he continues to improve as a player, he could be a National Hockey League player."

Ebner: Revived Canucks are fun again and winning back their fans
October 12, 2014 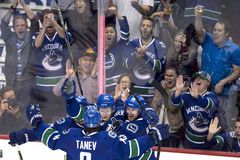 After five years in Anaheim, Luca Sbisa adjusting to life with Canucks
October 9, 2014 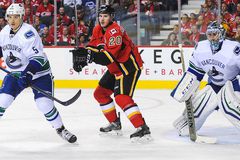 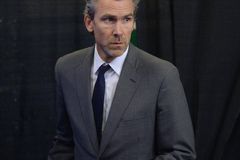 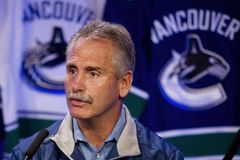 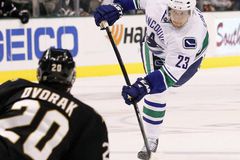