At this time in 2012, the NHL season was on hold as officials from the league and the NHL Players' Association were embroiled in tense lockout negotiations. More than three months of hockey were lost before a 48-game season was salvaged.

Three years later, NHL commissioner Gary Bettman and NHLPA executive director Don Fehr rave about the quality of play – some of the fastest and most exciting hockey they believe the sport has ever offered. Not only is the on-ice product thriving, but the relationship between the NHL and NHLPA is stronger than it has ever been.

"There have been times in the past where some might get the feeling that the union was working against us," Bettman said during a sit-down interview in his New York office. "Don and the union, people who work with him have been extraordinarily constructive, professional, in working on things that make sense to both of us.

"It doesn't mean we're not going to have disagreements about some things. But the places where we can work together, we are, and I think that's great for the game."

Bettman and Fehr are at the forefront of the friendlier NHL-NHLPA partnership. The two men have known each other for more than 30 years, Bettman said, and there's at least a high level of respect in peace time and during labour talks.

In a phone interview last week, Fehr echoed Bettman's caveat that there are philosophical disagreements between the league and the players and also the feeling that the two sides can work together now to accomplish some positive things.

Of course they disagree: Bettman believes the success of the league and its unpredictability is a product of the salary-cap system, while Fehr considers the salary cap an artificial limit on teams' ability to have the best players. Lock them and their associates in a board room for months and it's not likely they'll come to a true agreement on that.

But on the topic of international hockey, and more specifically the World Cup of Hockey, the NHL and NHLPA are almost in lockstep. The 2016 return of the event is a joint venture of those organizations and could be mutually beneficial and profitable with a 50-50 split.

Fehr said he learned from putting together the World Baseball Classic during his time as head of the Major League Baseball Players Association that an event like that can help foster a good working relationship.

"When you attempt to do something together with shared decision making and you have to satisfy third parties in real time with decisions and you have a shared interest in getting the best possible result, it tends to get you focused more on what you can do rather than what you can't do or what the problems are," Fehr said. "And I'm hoping that over time we will mutually develop a greater respect for what the other side brings to the table in connection with these things."

Bettman said one of the reasons for the improved relationship is that the union is strong and unified, something he said is good for everyone. He said plans for bringing back the World Cup didn't happen in past years because of turmoil in the union and the NHL "had nobody to work with."

"On [international hockey], where it's a common agenda, it's working great, and I think that bodes well for the overall relationship," Bettman said. "It breeds trust, it breeds respect, it breeds co-ordination. That's all good stuff."

A joined effort could also help in discussions to keep NHL players in the Olympics for 2018 and beyond. Owners and the PA have different concerns on that front, but the sides have a lot in common. They're working together on a potential Ryder Cup-style event for 2018, too, and the hope is that the World Cup of Hockey becomes an every-four-years tradition.

Bettman and Fehr were each quick to say that working together doesn't mean either will hurt his people to find agreement.

Bill Daly has been the NHL's deputy commissioner since the end of the lockout that wiped out the 2004-05 season. He said this is the most the NHL and NHLPA have been aligned in his tenure.

"Clearly the interest in growing the game, growing the revenues of the game, making the game on the ice as compelling as it can be for the fans, we're definitely aligned in doing those things," Daly said in a phone interview. "I can't honestly say that we were always aligned in the past on that."

With a 10-year collective bargaining agreement that goes to Sept. 15, 2022 (with 2019 out-clauses), there's plenty of time to enjoy that alignment before worrying about more labour talks. Grievances and issues will arise, but peace time is a good time for hockey.

"In the areas where we have a common agenda and a common interest, it's great that we're working together," Bettman said. "I love it." 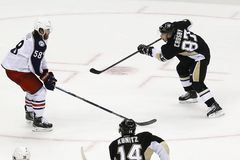 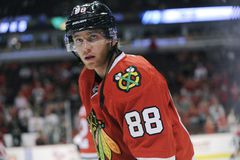 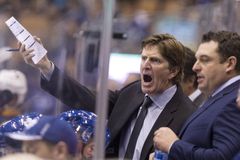