P.K. Subban already has belted out Folsom Prison Blues at Tootsie's, a famous honky tonk. He visited the local children's hospital before training camp opened. Then he scored a goal in each of his first two preseason games with his new team.

In Nashville, that's called knowing how to make an entrance.

Subban's passion may not have gone over well with coaches and management with the Montreal Canadiens. His new teammates with the Nashville Predators see the defenceman as a perfect fit in Music City – a town built on entertainment and filled with fans who want a great show from a franchise now expected to go further than ever before in chasing the Stanley Cup.

"Fans are going to love him, there's no question," Predators captain Mike Fisher said. "And our fans are very passionate. They're loyal. They're forgiving, too, even through the ups and downs. … It's not going to be long before he's a lot of people's favourite player."

Montreal and Nashville stunned the NHL on June 29 when the teams swapped star defencemen straight up, sending Predators captain Shea Weber north for the 2013 Norris Trophy winner. Talk surfaced of personality conflicts with the organization and inside the Canadiens' locker room, and Subban tried to make it clear he loved Montreal, both the atmosphere and media in a town that loves its storied hockey team.

"At the end of the day, there's a lot of people who have microphones and pens and paper and I can't challenge every person that has made an opinion of me based on 'facts,'" Subban said. "So for me, I'd rather just let my play do the talking, and I look forward to being a big part of this team moving forward. … I've always been one to let my actions do my talking for me."

Subban is busy making friends in his new locker room and learning his way around Nashville, a switch for a guy used to being the one who welcomes new players.

"It's an exciting time for me at 27 years old with no family or any children or anything like that," Subban said. "It's like you get a bunch of new brothers, right? So it's fun."

The Predators prefer to make their own minds up about Subban rather than listen to rumours. Fisher said it's easy to hear a lot of things about players, and he believes Subban will fit in nicely.

"Everyone knows he's an outgoing guy that brings passion to the game and sometimes the game of hockey that's a little bit laid back it's something new, but I think it's a good thing," Fisher said.

Forward James Neal has had dinner with Subban and sees someone both passionate about hockey and his fans. Subban's comfort handling both the media and social media has been quickly noticed.

"He's going to be good for our team," Neal said.

Goaltender Pekka Rinne was shocked by the trade sending his close friend Weber to Montreal.

"But, all of a sudden you realize you're going to get P.K., all the potential and all the talent he brings," Rinne said. "He's going to bring a lot of different elements to our team and also the attention on him. He's very electric and a very exciting player to watch on the ice and off the ice. He's going to bring a different element to our team. It's good for the city of Nashville, the organization."

Nashville fans got a great look at Subban during the NHL All-Star weekend in January. Subban slipped on a wig to imitate Jaromir Jagr for lots of laughs during the breakaway challenge and ended up winning the event decided by Twitter.

This franchise went seven games in back-to-back series last spring in the post-season, and general manager David Poile saw Subban as the perfect combination of skating and speed for coach Peter Laviolette's attacking offence. The trade was criticized in Montreal with the Predators getting the younger player. Poile thinks that speaks more to just how popular Subban was throughout Quebec.

"We've seen in the short time P.K.'s been here … he makes a lot of touches and he gets a lot of publicity," Poile said. "People gravitate to him because he's a hockey player, yes, but he has more going on his life and he has some really good purposes in his life."

The Predators sold out a franchise-record 35 games last season, though the need to sell tickets never fades. Subban is more than happy to help sell the sport of hockey in his new winter home.

"At the end of the day, it's sports entertainment, and we have to perform to keep fans in the seats and what they pay helps put food on our tables," Subban said. "The more people we can engage and bring into the game, the better our game is going to be." 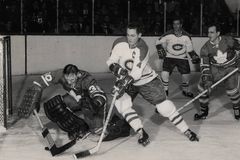 Connor McDavid’s challenge to Crosby as best player has only just begun
October 6, 2016
McDavid becomes youngest captain in NHL history as Oilers give him the C
October 5, 2016 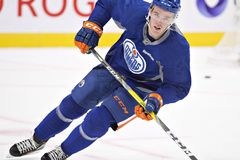