There will be no resting star players for the playoffs when the Montreal Canadiens play their final NHL regular season game against the Maple Leafs in Toronto.

Carey Price, fresh from setting a team record with his 43rd win of the season, will be in goal and every other available veteran will be on the ice.

The Canadiens (49-22-10) still need at least one point to clinch top spot in the Atlantic Division, which means home ice advantage for two rounds of playoffs. And, despite the Leafs' woes this season, it is still a Saturday night game against their oldest rivals.

"We're treating this like any other game — we want to win it," forward Brandon Prust said Friday. "We need two points.

"We want to keep our momentum going. We want to beat the Leafs as usual. It's a good rivalry. We know they want to beat us and take our chances away for top spot in the division."

The Leafs (30-44-7) cannot move up or down from seventh place in the division, 15th in the conference or fourth from last overall (for the Conor McDavid/Jack Eichel draft sweepstakes). But historically, Montreal-Toronto games have been close regardless of where the teams sit in the standings.

Price passed goaltending legends Jacques Plante and Ken Dryden with his 43rd win of the season in a 4-3 overtime victory over Detroit on Thursday night. Now, coach Michel Therrien has opted to go with Price again rather than backup Dustin Tokarski.

Therrien felt finishing in first place was a priority and that Price has not been overworked.

"For Carey, it will be his third game in nine days, so it's not demanding as much as back to back (games)," said Therrien. "We'll have four days between our last game and when we start the playoffs (probably next Wednesday)."

The risk is exposing the team's most valuable player to the possibility of an injury, and not just because Toronto called up tough guy Colton Orr from the AHL to play one last game for the Leafs (and possibly his last in the NHL).

Prust doesn't think Orr will be out to cause mayhem.

"I don't think it's for any purposes of making a statement or anything," said Prust, himself a physical winger who is third in the league with 16 fighting majors this season. "He hasn't played all year so I think they want to get him a game.

"He's a competitor. He plays a certain way. Guys like us only know how to play a certain way. You never know, but I don't think he's coming out to make a point or be running around fighting guys. We'll see."

Prust and Orr have never squared off in a game. He'd rather keep it that way than risk an injury going into the post-season. And he wished the 12-year veteran Orr well, whether he finds another NHL team after Toronto or not.

"He was one of the toughest guys in the league and one of the most feared," said Prust. "He's had a great career at doing his job.

"I'm not sure what's going to happen, but I wish him the best. We have a kind of mutual respect for guys around the league that are doing the same job."

Defenceman Jeff Petry, acquired ahead of the trade deadline from Edmonton, will look to extend a streak that has seen him post points in the last six games (three goals and three assists).

"The first 10 games I was just trying to see what the coaches were looking for," he said. "Now I'm more comfortable."

The fifth-year defenceman is looking forward to his first NHL playoff action. He has not played a post-season game since 2010-11 with Oklahoma City in the AHL. 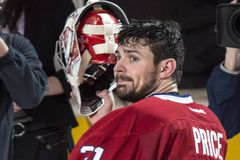 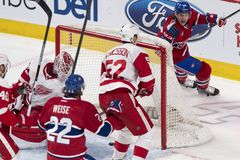 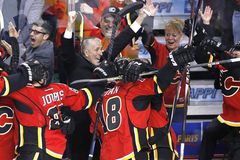