The calls for Darcy Regier's head, as the general manager of the Buffalo Sabres, have been coming fast and furious these days.

The Sabres are off to 1-6-1 start and look as if they will battle the Florida Panthers and Philadelphia Flyers in the NHL's Eastern Conference basement. Buffalo has been in a free fall since the 2009-10 season, when the Sabres finished first in the old Northeast Division and put up their last 100-point season.

Those were heady days, as billionaire Terry Pegula was about to buy the team and inject some cash into a budget operation. If the Sabres could be competitive on a shoestring, then how good could they be when the GM suddenly received permission to start spending?

That was the theory anyway. The reality is, they've missed the playoffs in each of the past two seasons and, when things really started to go sour last season, terminated Lindy Ruff, the longest-serving head coach in the NHL. The money they put into signing the likes of Ville Leino and Christian Ehrhoff, the sort of second-tier free agents they had to overpay to get, didn't materially improve the team.

In some quarters, the thinking was if the Sabres committed to a regime change, it should be full and complete, and include the GM that made most of the spending/trading decisions that have left the Sabres near the bottom of the standings. But realistically, it doesn't seem like a prudent course of action for Pegula, who has to weigh public sentiment against what's best for the long-term future of his team.

The smart move right now is to permit Regier to weather the storm for one logical reason: Ultimately, the two most important bits of business the Sabres will transact this season involve the potential trades of goaltender Ryan Miller and star forward Thomas Vanek.

Both are on expiring contracts; both are at the stages of their careers when they'll likely want to be on winning teams – or at least, a team with a chance at winning – and so likely have no future in Buffalo.

If you're Pegula, who do you want handling those negotiations? A new and inexperienced GM, trying to learn on the job? Or someone who has been at it since 1997; and has a lot of good relationships with his peers and a pretty good track record when it comes to maximizing the value of his assets?

Whatever you may think of the Sabres current state, you have to give Regier credit for his horse-trading abilities.

When the Vancouver Canucks deemed Cody Hodgson was no longer a fit for their organization, Regier pried him loose for Zack Kassian. Hodgson is just 23, and evolving nicely into a top-six forward; Kassian remains a decided work in progress.

Last year, at the trading deadline, the Sabres made Jason Pominville available. For a quality NHL player, who has only surpassed the 70-point mark twice in his career, Regier was able to extract a phenomenal package from the Minnesota Wild: two top prospects (Johan Larsson and Matt Hackett), along with a first- and a second-round draft choice.

In a year when the returns for players from Jarome Iginla to Derek Roy to Ryane Clowe to Jaromir Jagr were middling at best, the Sabres hit an absolute home run.

After the 2014 Winter Olympics, when NHL teams assess where they're at for the stretch run, both Miller and Vanek will likely be in play – and command a significant return, which would then be the starting place for the rebuild.

Most people envision Vanek ultimately landing with the Wild, too – but that will be a challenge for GM Chuck Fletcher to make the contract numbers work, what with close to $200-million (U.S.) on the books for Zach Parise and Ryan Suter.

Miller would be an interesting catch.

No team needs help in goal more than the Edmonton Oilers do now. But Miller, an American with personal ties to Southern California, would have to decide playing in a traditional Canadian market once his current contract expires is a challenge he'd embrace. Otherwise, Edmonton likely wouldn't surrender meaningful assets to land a rental.

It'll be a delicious, cat-and-mouse game between now and March – but the only certainty being Regier is the best-equipped to handle the negotiations, no matter how loud the chorus becomes to punt him to the street. 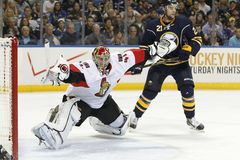 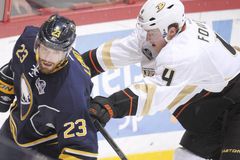