Gary Bettman, who replaced league president Gil Stein under the new title of NHL commissioner on Feb. 1, 1993, is celebrating his 25th anniversary at the head of a league he has seen grow from 24 to 31 teams. Here's a look at key events in the 65-year-old New York native's reign:

When Bettman took over, league-wide revenues were about US$400-million. Projected revenues for the 2018-19 campaign are US$4.54-billion.

The NHL still trails other major North American sports leagues in value, but having more teams, larger arenas and better television and sponsorship deals has seen the NHL get substantially bigger and richer under Bettman.

Forbes magazine estimates NHL clubs are worth an average of $594-million, with the New York Rangers leading the way at US$1.5-billion.

He may get booed by fans across the league, but Bettman is very popular with his employers – the owners.

Bettman will go down in history as the commissioner who presided over three lockouts, losing a total of 146 regular-season games, including one entire season.

In 1994-95, a 104-day lockout was a disaster as the players held firm and the league got next to nothing. The regular season was reduced to 48 games a team.

In 2004-05, more determined NHL owners caused the entire season and playoffs to be wiped out.

They came away with their desired "cost certainty" in the form of a salary cap.

In 2011-12, yet another lockout saw the league cut the players share of hockey-related revenue from 56 per cent to 50 per cent and introduce escrow, which holds back a percentage of player wages in case revenues fall short. Again, teams played only 48 games.

The salary cap has certainly cost the players money, but it has risen from US$39-million to at least US$78-million next season.

An influx of players from former Soviet Bloc countries helped prevent a dramatic drop in the quality of games.

Placing teams in non-traditional hockey markets, especially in the Sun Belt, was controversial and has had mixed results. There were casualties. Winnipeg was transferred to Phoenix, where hockey is still struggling. Quebec City lost its beloved Nordiques to Colorado. Minnesota moved to Dallas and Hartford went to Raleigh, N.C.

Seattle is expected to be the next expansion city, which would make 16 teams per conference.

A big part of expanding the league's geography was trying to capture the elusive national U.S. TV deal. It was slow in coming. In the 1990s, there was a five-year, $155-million pact with Fox, followed by a five-year, US$600-million deal with ESPN-ABC.

Things looked bleak after the 2004-05 lockout as the NHL moved to something called the Outdoor Life Network, which became Versus, owned by Comcast.

Bettman has been vilified in Canada, not only for overseeing the Winnipeg and Quebec moves. His mandate from the team owners was to grow the league in the U.S. market.

At times he appeared to take the Canadian clubs and the country's rabid fan base for granted, while concentrating his energies on markets where few care about hockey.

But Bettman seemed genuinely concerned when Canada was down to six teams and enthusiastically backed the league's return to Winnipeg, where for once Jets fans didn't boo him. Canada does, after all, contribute well over its share of league revenues.

He has more recently backed bids for taxpayer-supported arenas by owners in Ottawa and Calgary.

Still, in his first season as commissioner, the Canadiens won their 24th Stanley Cup. No Canadian club has won it since.

Remember hockey fights? They still happen, but nowhere near as often as they did in days gone by.

The sport since Bettman took over has changed dramatically as he mandated hockey people to find ways to make it more attractive. The red line is gone, two-line passes allowed. Overtime is down to 3-on-3. Equipment has "evolved," although perhaps not always for the better (have composite sticks improved the game?). Goalie gear ballooned and then subsided only somewhat. The sport went from free-wheeling to the dead puck era to a fast-paced but not as high-scoring a game as many fans would like.

Eugene Melnyk says he has no plans to relocate Ottawa Senators
January 31, 2018 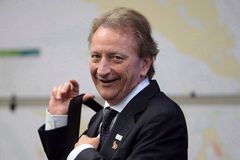 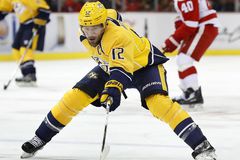 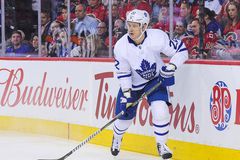