When it began in 2008, the Kontinental Hockey League was envisioned as President Vladimir Putin's ambitious challenge to the NHL, a bid to keep Russian players in Russia by paying them exorbitant sums out of oil coffers.

Now, its survival – especially of its most vulnerable teams – may be at stake.

With oil prices dropping, Western sanctions increasing and the ruble cratering, sponsors have been forced to pull funding to a lot of KHL teams; as a result, many players are getting paid late or not getting paid at all.

Coaches such as Slovan Bratislava's Petri Matikainen have gone without a salary for the entire season.

And those who are receiving salaries are getting only a fraction of the value of their contracts due to the falling ruble, which has plummeted almost 50 per cent against the U.S. dollar since July.

At least three teams – Slovan Bratislava, Atlant Moscow Oblast and Dinamo Riga – are believed to be on the verge of financial ruin, prompting new KHL president Dmitry Chernyshenko to hold crisis meetings among team executives on Wednesday in Sochi.

Russian media reported the gathering would cover a long list of issues, ranging from teams in financial trouble to a rejigging of the revenue-sharing arrangement to a possible new cap on the number of foreign players.

"The economic issue and the survival of KHL clubs will be topic No. 1," Avangard Omsk president Vladimir Shalaev was quoted as saying.

That widespread instability has many foreign players who were contemplating a move to Russia thinking otherwise, which threatens the league's talent pool, especially in seasons to come.

"I've had a couple of guys in Sweden and Switzerland [who had offers in Russia] who said maybe I'll just stay where I am," Winnipeg-based player agent Darryl Wolski said on Wednesday. "After the mess now with the ruble."

Wolski added that, to date, his players in the KHL had been receiving their paycheques.

The KHL was reeling even before the season began, with Spartak Moscow and the Czech Republic-based Lev Praha both forced to withdraw from the league after last season because of financial troubles. The KHL's sole Ukrainian team, Donbass, was also unable to play this year because its hometown of Donetsk has become a war zone.

While those three teams were replaced on the 28-team circuit – by Lada Togliatti, promoted from a lower Russian league, plus a new team in Sochi and Finnish team Jokerit in Helsinki – there were worries even before the ruble's recent plunge that several more KHL teams could be forced to shut down.

Probably closest to the edge is Atlant, a club based in the Moscow suburbs. The state-run Tass news service reported it was "unlikely" that Atlant would play in the KHL in the 2015-16 season.

Club president Valeri Kamensky, a former Quebec Nordiques star, recently told the Sovetsky Sport newspaper that the club was a month behind in paying salaries.

Asked if Atlant would be forced to shut down midseason, Kamensky replied: "I don't believe so. But in life, anything can happen."

At the very least, it's expected Atlant will have to offload its top players in an effort to reduce costs.

Latvia's Dinamo Riga, meanwhile, is attempting to unload some of its best players – former NHLers Marcel Hossa and Petr Schastlivy among them – by placing them on waivers.

In a brief interview with The Globe and Mail, Viacheslav Fetisov, the retired NHL legend who was chairman of the KHL when it was founded six years ago, claimed he was no longer kept abreast of the league's finances. (He recently suggested that the league's rich clubs, many of which are owned by large state-backed corporations, should aid poorer clubs.)

But Fetisov, a close friend of Putin, acknowledged that the falling value of the ruble – and players' salaries – is "a very sensitive situation."

Putin, an avid hockey player who regularly suits up to play alongside Fetisov and other retired stars, is a big proponent of the KHL. As a result, the league's total collapse seems unlikely, though there has been talk of having the league focus less on attracting international stars and more on developing players – as clubs did during the Soviet era – who could play for the national team.

The ultimate goal would be to win gold at the Olympics, something Russia has yet to accomplish since NHL players started participating in 1998.

Andrey Safronov, chief executive of Dynamo Moscow, told Sovetsky Sport that the average KHL player had lost half the value of his contract if it were counted in U.S. dollars or euros, as would be the case for any non-Russian player in the league.

But he didn't appear to have much sympathy for them.

"Worst off are those who have loved ones or families living in the European Union or North America. But they have chosen their way – to play in the KHL, to play in Russia. So let them suffer," he was quoted as saying. "We live in the ruble zone. We live and play hockey in Russia, where the currency is the ruble."

One of Avangard's players, forward Anton Kuryanov, told the same newspaper that many of the league's foreign players were "grumbling" about the falling value of the ruble, which rose Wednesday to 61 rubles to the dollar – well off the exchange of 33 to the dollar it had at the start of the Sochi Olympics in February.

Kuryanov said he didn't understand English well, but it was obvious to him that some of the league's foreign players weren't happy. "It's unlikely they are delighted by the fact that every day the salary they are less and less," he was quoted as saying.

He added: "Hockey players are not the poorest people. Don't worry about us."

Janis Stepitis, a spokesman for Dinamo Riga, said in an interview that his team wasn't affected by the currency drop because all its contracts – and revenue – are denominated in euros. But he added it was obvious there was "some trouble" for the 22 of the league's 28 teams that are based in Russia.

Dinamo Riga's financial issues have stemmed from the loss of key sponsor Itera, an oil and gas company.

"All the clubs are speaking about next season," Stepitis said. "I can't comment on next season because we must play this season and then we'll see."

Hockey isn't the only sport threatened by Russia's financial woes. The country's soccer teams are all facing the prospect of their top stars relocating elsewhere in Europe, and smaller teams could be bankrupt by next season.

Artur Petrosyan, editor-in-chief of the Sport-Express newspaper, also reported that Russia's status as host of the 2018 World Cup could even be in jeopardy.

"Dark times for Russia have begun," he tweeted. "Again." 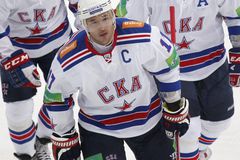 Opinion
Why the West should help Putin save the ruble
December 17, 2014 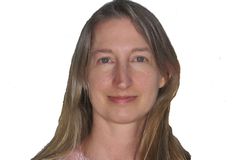 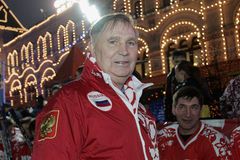 Follow James Mirtle and Mark MacKinnon on Twitter @mirtle @markmackinnon
Report an error Editorial code of conduct
Due to technical reasons, we have temporarily removed commenting from our articles. We hope to have this fixed soon. Thank you for your patience. If you are looking to give feedback on our new site, please send it along to feedback@globeandmail.com. If you want to write a letter to the editor, please forward to letters@globeandmail.com.
Comments