As a goaltender growing up in Michigan, Ryan Miller barely got a sniff from major-junior teams in the Ontario Hockey League, one of the premier paths for teenagers who dream of NHL stardom.

Miller played a few exhibition tournaments in front of OHL scouts, but didn't garner attention. Instead, he played junior hockey in Michigan and followed the family road: He had three older cousins in the NHL – forwards, not netminders – and they had all played at Michigan State University in his hometown of East Lansing. Kip, the youngest of the trio, had won the 1990 Hobey Baker Award, hockey's Heisman Trophy.

In 1999, before Miller's first of three stellar seasons at Michigan State – where he, too, would win the Hobey Baker – he was drafted in the fifth round by the Buffalo Sabres.

"I didn't understand the hype around the first-round picks," the 34-year-old Vancouver Canucks netminder said after a practice at Rogers Arena. "We never really had that in our family. It seemed almost foreign to me. So I was like, 'I've got a lot of work to do.'"

Miller's success is unusual. Even most Hobey Baker winners don't become notable pros. Only Miller and 1993 winner Paul Kariya, a Canadian from Vancouver, went on to big-time NHL careers.

But taking the college route to the NHL is fairly common, particularly among American players. Wednesday's marquee matchup at the world junior championship in Montreal illustrates the north-south divide. Two-thirds of the players on the American team play collegiate hockey; only six play major-junior.

On Team Canada, all 22 teenagers played major-junior – 11 in the Western Hockey League, seven in Ontario and four in Quebec and Atlantic Canada.

The stars of the two teams highlight that developmental split: Canada's Connor McDavid, forecast as the No. 1 pick in the 2015 NHL draft, plays in the OHL. American phenom Jack Eichel is a freshman at Boston University, the NCAA's No. 1-ranked team. Eichel is Division I's leading scorer.

The trio of junior leagues that comprise major-junior's Canadian Hockey League see a rival in the NCAA, which does not pay athletes but offers scholarships and high-end facilities and support. Major-junior players receive small monthly stipends, which makes them professionals in the eyes of the antiquated rules of the NCAA. Teenagers have to choose early about their future in hockey and schooling.

For the best in North America, both paths lead to the pros. Every eligible player on the Canadian and U.S. teams at world juniors has been drafted or signed by an NHL team.

Ryan Miller didn't get a shot to play for the U.S. world junior team in the late 1990s, nor did he even merit a tryout for the then-fledgling national team development program in Ann Arbor, an hour from his home.

"I used it as motivation," he said. "Go off and do my own thing. Sometimes doing your own thing, when people aren't watching, you do the work you need to do, you get the work done." Michigan State, Miller said, was "critical to my development."

Some major-junior teams make money, but many others either barely break even or lose money. Big-time universities in the United States are another world. At Michigan State, there is a college of osteopathic medicine. The holistic philosophy benefited the athletic department, and was a boon for Miller. He learned of the interplay between muscles, balance and imbalance. Body alignment was carefully considered. "If your back hurt, it wasn't 'ice it,'" Miller said.

A self-described late-bloomer, Miller had the latitude to develop more than his hockey skills at college. "There wasn't one singular focus," Miller said – there was a balance between hockey and school. "College," Miller added, "was definitely a lot of fun."

He also had a sense of where he was headed. Growing up, he got a sense of pro hockey life on trips to Detroit, Toronto and New York to see his cousins play. The smell of the locker rooms, the old barns such as Maple Leaf Gardens and Madison Square Garden.

Miller, spurned as a teenager, vaulted quickly from Michigan State onto U.S. national teams, before climbing to the NHL and his eventual professional apex in 2010, when he won the Vézina Trophy as the NHL's best goaltender and was MVP of the Winter Olympics tournament in Vancouver.

Major-junior remains the expressway to the NHL and early pro success. In the past decade, major-junior leagues have produced most Calder Trophy winners as rookies of the year, including American Patrick Kane, who played for the U.S. national development program before a season in the OHL. Calgary's Johnny Gaudreau, last winter's Hobey Baker winner, is a contender this season. 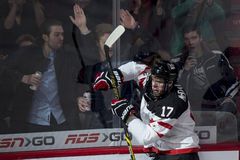 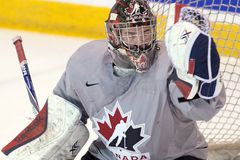 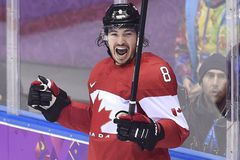 Players prepared for sun’s glare to cause problems at Winter Classic
December 30, 2014 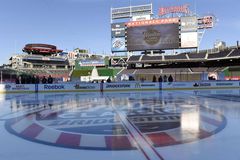