Overwhelming was not the right word for it.

The San Jose Sharks are still alive in the Stanley Cup final, escaping by the skin of their (shark) teeth in Game 3 with a 3-2 overtime win over the Pittsburgh Penguins on the weekend. You can debate which team deserved the win – it was a close, hard-fought game – but again there were holes exposed in the Sharks and again they were badly outshot.

Getting looks at the Sharks net has been difficult all season.

It hasn't been in this series.

Territorially, they've controlled the series – and that's become the story of the series.

The explanation that's been given on the broadcasts and in most of the coverage is that the Penguins are winning with speed, and that's true to a point. They're the smaller, quicker team, as is typically the case in the Eastern Conference. Increasingly, it seems to be what wins in the NHL.

But Pittsburgh skaters such as Ian Cole, Ben Lovejoy and Nick Bonino, among others, aren't particularly fast players. Part of what's winning this series for the Penguins is tactics. Coach Mike Sullivan deserves credit for being able to take advantage of his team's strengths – offensive talent and ability with the puck throughout the lineup – and the Sharks weaknesses – some bigger, slower players down the lineup who mishandle the puck.

San Jose's strength, meanwhile – dominating the cycle deep in the offensive zone – has been mitigated by the fact only Joe Thornton's line is spending much time there.

Those tactics were talked about a little bit after Game 3. Instead of the traditional dump and chase, the Penguins are using more of a chip and chase – placing pucks in good spots in the neutral zone or the shallow portion of the offensive zone and skating into them. Their no-name D (aside from Kris Letang) has done a nice job of breaking the puck out assertively and finding the forwards with this simple approach in mind.

"Pittsburgh's been able to stretch San Jose's defence away from their forwards by making clean breakouts or creating foot races that they win," TSN analyst Ray Ferraro said. "Or, if they don't win them, now the puck is in the offensive zone. It's [then] compounded by San Jose's inability to shut off the cycle."

Sportsnet's Mike Johnson also credits the Penguins for using a swarm type defence in the neutral zone and blocking a lot of shots – 40 per cent of every attempt by the Sharks – for some of the series disparities.

That said, Game 3 was the Sharks' best so far. They countered some of the Penguins tendencies by being ready to intercept the "chip" plays. As a result, they produced close to the same number of quality scoring chances, despite missing first-liner Tomas Hertl because of an injury.

"That's their game," Sharks coach Peter DeBoer said of Pittsburgh's "chip and chase" attack. "We're aware of it. You have to respect their speed. That's a huge part of what they do."

Thornton was particularly impressive. He had two assists – putting him up to 17 in 21 playoff games – and a better than 60-per-cent possession rating.

It was also the best outing for second-line centre Logan Couture and the defence pair of Marc-Édouard Vlasic and Justin Braun, who did a nice job of limiting Sidney Crosby all night.

Where things are going wrong for San Jose, however, is with their depth players. With their third and fourth lines on the ice, the Sharks have been outshot 2-to-1 at even strength. Their third defence pairing of Brenden Dillon and Roman Polak is at roughly 42 per cent possession, the worst of any unit in the series. They were under 40 per cent in Game 3.

Subtract those minutes, this is a much closer series.

Subtracting those minutes, in fact, is likely the way the Sharks need to go if they're going to have a hope of winning this series.

There's no question the Penguins are a difficult team to match up against. They have three of the NHL's top 10 scorers in the past five years on three different lines (Crosby is second, Evgeni Malkin seventh and Phil Kessel ninth). It's extremely difficult to shelter lines or pairings when one or those three is always out there.

That's what gave Washington Capitals and Tampa Bay Lightning fits in earlier rounds, and it's why players like Melker Karlsson, Chris Tierney and Polak have been exposed. Pittsburgh's offensive depth is a bit, well, weird in the salary-cap era, and it's working for them in this postseason.

In the face of that, DeBoer needs to push his top players to their limits. At most, there are four games left in their season, and only Brent Burns has been playing more than 24 minutes a game in the final. Vlasic can log more than 22 minutes 48 seconds a game, for one.

There have been hardly any penalties in this series, which means a lot of even-strength ice and rolling of lines. But giving 16-plus minutes a game to Dillon and Polak, and nearly 25 minutes a game to the third and fourth lines, is killing any momentum San Jose can generate 5-on-5.

Teams like the Chicago Blackhawks have won it all in recent years by going almost wholly to four D, and that makes a lot of sense here. The Penguins are a special opponent, and it will likely take a different tack to beat them. The Sharks can't rely on a deadly power play to save them if there are no power plays.

"The marathon is over," Sharks television analyst and alum Jamie Baker said. "It's a sprint now so it's easier to shorten the bench, if necessary. It's whatever it takes to win three games."

It's going to have to be more than we've seen through three games – or the Penguins will win the Stanley Cup. 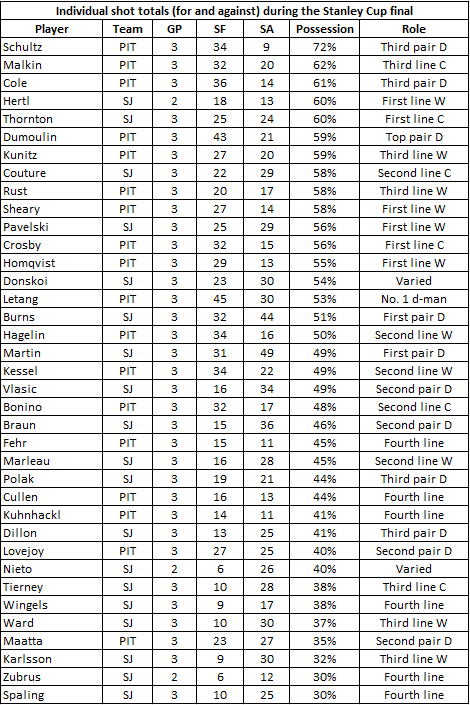 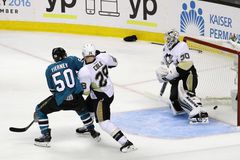 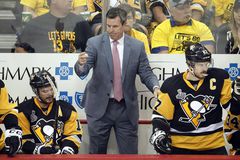 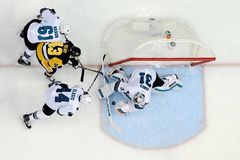