Now that Tim Leiweke has his arena deal looking like a lock in Seattle, with an NHL expansion team certain to follow, the question is: What does this mean for Quebec City?

The short answer is: not a lot. It still means Quebec City and its supporters have to be patient and wait for another team to relocate. Seattle was always right there with Las Vegas among the NHL governors when it came to the favourite cities for expansion. The only thing preventing an announcement was an arena deal.

Leiweke, the former president and chief executive officer of Maple Leaf Sports and Entertainment, has one in reach. Seattle won't be awarded a team tomorrow, or maybe even next month or next year, but it will get one.

"That means it's just a matter of time before NHL franchise 32 is awarded," one NHL governor said on Tuesday after news of the Seattle deal surfaced. "It's where we've always wanted to go."

There was one complication on Tuesday when the news conference to announce a memorandum of understanding was reached between the city and Leiweke's Oak View Group on a $600-million (U.S.) renovation of KeyArena was cancelled. The cancellation was because of the resignation of Seattle Mayor Ed Murray when the latest in a series of allegations of sex abuse became known the same day.

There was no immediate word on when the arena announcement would be made. The original plan was to present the memorandum of understanding to Seattle City Council on Tuesday, with a vote on the final version of the contract expected in early December.

Nevertheless, Leiweke, who is well-connected in both the NHL and the NBA, made it clear an NHL team at the very least is in Seattle's future. A plan by financier Chris Hansen to build a new arena to attract an NBA team to Seattle is not officially dead, but it is on life support.

"I think the most important part of this [memorandum of understanding] is the fact it states very clearly to the [NHL and NBA] that this project is going to happen, we do have a deal with the city," Leiweke said. "We are ready now to go get one and hopefully soon, two teams."

Leiweke's focus is on getting an NHL team by the 2020-21 season. His privately financed arena is supposed to be finished by October, 2020. He already has two owners for the team in place, billionaire businessman David Bonderman and TV and movie producer Jerry Bruckheimer.

Expansion is the preference for NHL owners when it comes to adding cities because those fees are much higher than relocation fees. Las Vegas owner Bill Foley paid $500-million for his expansion team and the NHL governors are already looking at a $600-million price tag for Seattle. The last team to relocate was the Atlanta Thrashers, which moved to Winnipeg in 2011. Their relocation fee was $60-million.

While adding a team for $600-million in Quebec City would be tempting for the owners, it would put the conferences out of balance again. That is why the NHL governor quoted above and other league insiders say the best chance for Quebecor Inc. CEO Pierre Karl Péladeau, the force behind the bid for a team, is relocation.

The usual suspects remain the favourites for relocation: the Florida Panthers, Carolina Hurricanes and Arizona Coyotes, with the New York Islanders as a dark horse. The Coyotes, as usual, are deep in debt, and they also need a new arena. But they are in the Western Conference and NHL commissioner Gary Bettman is still ready to fight to the death to keep them. The Islanders are also in the hunt for a new arena, but they have owners with deep pockets.

It seemed the Hurricanes dropped out of the running when lawyer Chuck Greenberg agreed on a sale price with team owner Pete Karmanos. But NHL sources say Greenberg is having trouble finding investors for his group and Karmanos is making noises about backing out. The Panthers lose almost as much money as the Coyotes but billionaire owner Vincent Viola still seems okay with writing big cheques to cover the losses.

However, Quebec City hockey fans should take hope from one thing – Péladeau is putting a lot of money in the pockets of NHL owners. His TVA Sports network is responsible for bumping the price of the French-language national rights and the Montreal Canadiens' French regional rights to a total of $125-million (Canadian) in 2014 as part of the Rogers broadcast deal with the league.

That kind of cash wins a lot of friends in influential places, the kind that can bring rewards if one is patient. 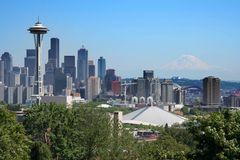 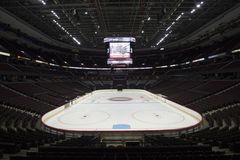