Needing a huge game to stay in the NHL scoring race, Henrik Sedin closed his case with four assists in a 7-3 victory over the Calgary Flames on Saturday night.

The Vancouver Canucks centre, who is vying for the league's scoring championship, broke a longheld club scoring record, and orchestrated a hat trick for his twin brother, Daniel, in the regular-season finale for both teams.

The performance drew standing ovations and chants of "M-V-P" from 18,810 at GM Place.

"I'm not someone who wants to have attention," Henrik said, "but it was great."

Sedin's punctuation mark allowed him to leapfrog Washington's Alexander Ovechkin for the scoring lead. The Capitals superstar concludes his 2009-10 campaign Sunday against the Boston Bruins, but heads into the season's last day trailing Henrik Sedin by three points (112 to 109).

In the event of a tie, Ovechkin would win the Art Ross Trophy, awarded to the NHL player with the most points, because he has more goals (50 to 29 entering Sunday).

"It feels like I've done what I had to," Sedin said. "He is one of those players that can put up five points on any given night, so we'll see.

"After his [three-point]game yesterday, he was on a roll and he was going to be tough to stop. I thought as long as I was in the lead going into the final game, I had a chance."

With nothing to play for, the playoff-bound Canucks used Sedin for a season-high 25 minutes and 24 seconds, six minutes more than his season average.

Two world-class passes led to two world-class goals by Daniel, but Henrik's teammates also made a concerted effort to put his name on the score sheet, and his coaches allowed him to skirt defensive responsibilities.

"The focus was on [Henrik]more than anything else tonight, and it was fun to see," Canucks coach Alain Vigneault said. "We tried the best way we could to help him out.

"There were some great offensive moments, there were also some major defensive lapses. Only when a player is going through a situation like this."

Sedin has 83 assists, 14 more than any other player, and eclipsed Pavel Bure's team record for points in a season, 110 set in 1992-93. Bure is a former rookie of the year, but no Canuck player has ever won the Art Ross or the Hart Trophy, given to NHL's most valuable player.

Ovechkin, meanwhile, is in another donnybrook for the Rocket Richard Trophy, given to the league's top goal-scorer.

He is tied on 50 goals with Steven Stamkos of the Tampa Bay Lightning. Crosby is one back with 49.

All three players are in action Sunday. None of their games can affect playoff positioning in the Eastern Conference, so each can expect the Sedin treatment.

The stage is set for Ovechkin, the two-time reigning MVP, who is out first against the Bruins at 12 p.m. ET.

The Lightning travel downstate to face the Florida Panthers. The Penguins play the Islanders in New York. Those games begin at 5 p.m. ET, so Crosby and Stamkos will share the final word.

CANUCKS HAND OUT THE SILVERWARE

The Canucks announced their player award winners for the 2009-10 season on Saturday. 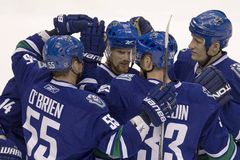 Canucks will need firepower in the playoffs
May 1, 2018 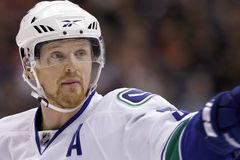 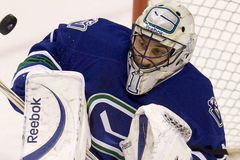 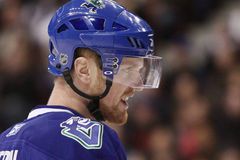 Canucks must wait to learn playoff foe
April 28, 2018
Follow Matthew Sekeres on Twitter @mattsekeres
Report an error
Due to technical reasons, we have temporarily removed commenting from our articles. We hope to have this fixed soon. Thank you for your patience. If you are looking to give feedback on our new site, please send it along to feedback@globeandmail.com. If you want to write a letter to the editor, please forward to letters@globeandmail.com.
Comments