For those tied to the NHL's longest-running farce, Tuesday's meetings between NHL commissioner Gary Bettman, would-be Phoenix Coyotes owners George Gosbee and Anthony LeBlanc and the (relatively) new city councillors of suburban Glendale is a case of once more into the breach.

Once more, the NHL has a conditional sale agreement with a prospective owner of this turkey. The condition, as always, is getting a new arena lease, so once more they are going to try to pry millions of dollars out of the Glendale taxpayers in the form of a management fee for Jobing.com Arena.

The faces may have changed over the years when it comes to the alleged purchasers but the fact they need to squeeze at least $15-million (all currency U.S.) annually from someone other than their paying customers has not. The reason, of course, is that there simply aren't enough paying customers in the Phoenix area.

What has changed, though, is the makeup of Glendale council and the city's finances. There are four new members among the seven councillors, including Mayor Jerry Weiers.

As a group, the council is much less disposed to handing out subsidies disguised as arena-management fees, such as the $50-million the city agreed to pay for two seasons beginning in October of 2009, when the NHL bought the Coyotes out of bankruptcy for $140-million to prevent the team from being moved.

Several of the current Glendale politicians have been quoted recently as saying they believe $6-million per year is the right amount to pay the new owners for managing the arena as part of a lease. One of the few things LeBlanc has said publicly in recent months is that any deal will need a substantial payment from Glendale. He was careful not to be specific but it was not hard to draw the conclusion he was thinking something north of $12-million. LeBlanc and Gosbee, by the way, were silent again Monday.

But Glendale, a city of 250,000, had to lay off city employees, including police and firefighters because it was facing a $35-million deficit in its 2013 fiscal year, which ends June 30. The prospects for 2014 are no brighter, as the police and fire departments were recently told there is no more money coming, even if a fire station has to be shuttered.

The key man in all of this is Bettman.

If there is a way to get Glendale screaming and kicking to the subsidy table, he will be the one to do it. Insiders already suspect Bettman is willing to subsidize Gosbee and company through the NHL on the alleged purchase price of $140-million (finding a bank to touch it would be no mean feat). Do not underestimate the ability of Bettman to pull a rabbit out of his hat, though.

There will also be an obstacle ahead concerning that management fee that might tax Bettman's ingenuity and perhaps sour Gosbee, a Calgary financier and the money man of the group, on the deal. It concerns the annual management fee, which can be considered a government subsidy if it is high enough. That would make it part of the hockey-related revenue (HRR) that is shared 50/50 with the players.

Now, the rest of this is open to interpretation, but let's say the Coyotes get $16-million from the city. It is possible that fee could be slashed by 50 per cent, or $8-million, once it is tossed into HRR and then rinsed through the NHL's revenue-sharing plan.

At present, the Coyotes probably have the lowest revenue in the league. This means they qualify for the highest allotment of revenue-sharing. They got about $18-million last season.

The revenue-sharing formula is complicated, but each eligible team's share is based on something called minimum team player compensation. That is the minimum amount, based on an equation involving the team's and the league's HRR, a team has available to pay the players. Its revenue-sharing cheque is based on the difference between that and the maximum team player compensation.

So, if the Coyotes get $16-million in some form from Glendale, it might raise their minimum team player compensation enough to cut into their revenue share, perhaps as much as $8-million. For a team that routinely loses $30-million a year, that is quite a bite.

However, there are others who argue adding the $16-million would have no effect on the Coyotes' revenue-sharing cheque because their revenue is so low it would still be under the minimum team player compensation threshold. Hence no cut would be forthcoming.

But either way, it makes you wonder why Bettman persists in keeping the Coyotes in Glendale rather than putting them on the block for a buyer who would pay $200-million or more plus a hefty relocation fee if the team could be moved.

NHL moving towards new ownership deal for Coyotes
May 25, 2013 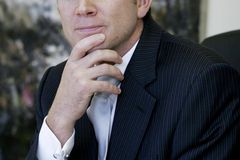