Perhaps the Winnipeg Jets should consider a second apology.

First for the lockout, which they did, but now for the first game back – which might politely be described as exhibition level: sloppy, weary, not very interesting.

As Ottawa Senators coach Paul MacLean put it, "A dog's breakfast."
Or, as Winnipeg forward Blake Wheeler saw it, "Ugly."

MacLean's Senators, however, were happy to take the result – a 4-1 come-from-behind victory – and can now return home to their own home opener Monday night against the Florida Panthers.

Certainly the Jets fans, despite the loss and the relative lack of excitement in this game, were still smiling when this dreary match was over – thankful just to have NHL hockey back in town after a four-month league shutdown.

But it was a far cry from the electric atmosphere that accompanied the Jets' 2011 home opener, when the re-born Jets whipped the fabled Montreal Canadiens 5-1.

"You could see some of the guys were fatigued with the pace," Winnipeg head coach Claude Noel said.

"Not a lot of flow out there," said Wheeler. "Pretty bad game all around.

The fans were certainly anticipating a re-run of that euphoric moment from 15 months ago. They lined up two hours before game time in wind-whipped snow, the temperature plunging to -28C with the windchill factor. They shouted, 15,004 strong, when the words "True North" came around in the anthem – the shout a ritual tribute to the group of businessmen, led by Winnipegger Mark Chipman, that brought the Atlanta Thrashers to Manitoba a year and a half ago and renamed them the Jets.

This game felt more like what it was – a January NHL game – the singular difference being that this was opening night after four months of lockout.

The teams were not sharp. Some five minutes into the first period the hometown heroes had yet to register a shot on the Ottawa net, yet they had twice pinged pucks off the goalpost.

The Jets finally mounted a successful attack on a power play opportunity when Ottawa forward Chris Neil was sent off for boarding. Big Dustin Byfuglien, the Euclid Truck of NHL hockey, blasted a one-timer from the point that blew past Ottawa netminders Craig Anderson.

The Senators tied the game with four minutes remaining in the period when defenceman Patrick Wiercioch managed to block a Winnipeg clearing shot with his leg and clipped the puck back onto the Jets' zone. Milan Michalek swung at the bouncing puck and knocked it into the far side of Ondrej Pavelec's net.

The Senators took the lead late in the second period when Erik Karlsson, last year's Norris Trophy winner as the NHL's top defenceman, fired a hard shot from the point that went into crowd of players screening Pavelec. He didn't see the puck drop clean inside his crease. Chris Neil was able to sweep in the goal and slip away untouched.

Karlsson then scored his own goal in the final period, ripping a high, hard slapshot from the point that went in under the crossbar back of Pavelec. Kyle Turris then finished out the Ottawa scoring with a wrist shot from the top of the circle that baffled and beat Pavelec.

Anderson's play at the other end was stellar, especially on a glove save off a Mark Scheifele shot when Scheifele found himself all alone with the puck and not an Ottawa defender in sight.

The game was tight checking and the passes far from sharp, which made for a rather dreary match. With each team's executives gathered to watch from high, they could have drawn any number of conclusions, some good, some bad:

Karlsson, for example, seems keen to take up where he left off last season, when his 78 points led all NHL defencemen. He was quick, constantly joining the rush and leaving defence partner Marc Methot back. Methot was steady, just as advertised

"Hopefully, we can build on this.".

Evander Kane, the Jets' leading scorer last year with 30, was also moving well and had numerous chances, including one of those early posts when he fired a hard backhand shot that eluded Anderson.

Ottawa's newest star forward, Jakob Silfverberg, was largely invisible. Playing with top centre Jason Spezza and Michalek, much is expected of last year's MVP of the Swedish elite league. It will still be expected, but no sign so far.

Byfuglien, expected by many to check in around the 300 lb level, was excellent, scoring a lovely goal and playing physically and smartly for the Jets.

Ottawa's reclamation project, once-promising forward Guillaume Latendresse, remains a project, outcome unknowable. But if Saturday's effort was any indicator, there remain far more questions about Latendresse than he offered answers.

Anderson, who was often the Senators' savior last year as they slipped into the playoffs, played superbly. The discussion as to whom will be in nets for the Senators is more sensibly who will back up Anderson, Ben Bishop or Robin Lehner.

As for Jets coach Claude Noel it's back to practice and blackboards.

"Be Proud of Your Effort Today," reads a large sign in the Jets dressingroom.

Not this day they couldn't be. 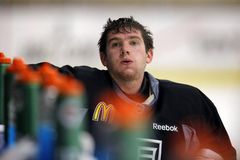 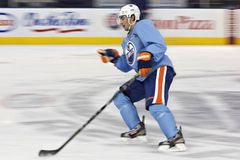 Fans forgive and forget as the puck (finally) drops on the NHL season
January 18, 2013 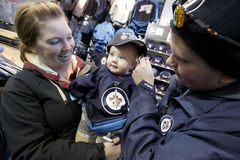 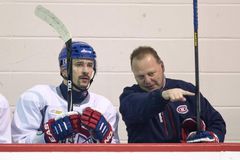 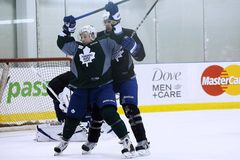 Around the Rinks: Sharks take massive injury hit with loss of Burns
January 18, 2013 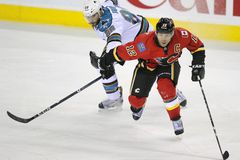