He's as homespun as Ikea and meatballs but his surname tells you he's not your average Swedish hockey player. In fact, there's nothing typical about Mika Zibanejad – not his name, not his game and certainly not his background.

How could you be run-of-the-norm when your dad's an Iranian-born IT engineer for the Swedish government? When your mom's from Finland? When you speak four languages and one of them is Farsi? And if that isn't enough, there's more: The 18-year-old Zibanejad has played in more NHL games (nine) than he has at the world junior championship (one).

He made his 2012 world junior debut Monday in a round-robin game against Latvia and was much like the rest of his countrymen, a little ragged but clearly ahead on skill. As the Ottawa Senators' first-round draft pick from this past summer, Zibanejad scored twice in Sweden's 9-4 victory here at the Scotiabank Saddledome. On both goals, on the power play, the puck was on his stick and in the back of the Latvian net before you could say Kristers Gudlevskis.

Sweden has long been a world junior contender with a knack for winning medals and its entry this year features an array of NHL draft picks (Anaheim Ducks prospect Max Friberg scored four times versus Latvia), an emerging star in Filip Forsberg and the curious mix that is Zibanejad.

Known for his ability to play beyond his years – he's been skating against men in the Swedish Elite League – Zibanejad likes it best on North American-sized rinks because there's more contact, more hitting. It's how he prefers his hockey, as he has said many times.

After the Latvia game, though, he wasn't saying a word. His coach, Roger Ronnberg, refused to make Zibanejad available to the media. Was he injured? Was there mystery afoot?

"He's unavailable," was all one stone-faced Swedish official said of Zibanejad. The coach offered a little more.

"It's nice to see him shooting the puck," Ronnberg said. "I think we saw some glimpses of his offensive skills with his skating, too. He's also a player that works hard on defence and finishes hits. He was really good backchecking today."

Zibanejad became a focal point story at the 2011 NHL entry draft. His father, Mehrdad, was born in Iran and lived through the country's 1970s revolution that precipitated Ayatollah Khomeini's rise to power. Mehrdad did military duty in the Iran-Iraq war and, after securing his passport, chose to relocate to Sweden in 1983. It was there he met his Finnish wife Ritva.

Ten years later, Mika was born in Stockholm and instead of taking to tennis, his father's sport, he fell in love with hockey. Since then, he's been on a fast track to success, all dash and crash while under contract with Djurgadens of the SEL.

While he's said he doesn't model himself after any NHLer, Zibanejad has kept a close watch on Alexander Ovechkin and Sidney Crosby, two players who capture the force and finesse the 6-foot-2, 196-pound Swede could one day showcase as a pro.

Zibanejad was thought to be a long shot to crack the Senators' lineup as a rookie. But his preseason work (three goals in six games) earned him a spot for the regular-season opener. He responded with an assist, his lone point in nine games before Ottawa decided to send him back to Djurgadens. So far, it's been a good move for both parties.

"I think [playing for Sweden at the world juniors]will benefit me on the ice," Zibanejad has said. "To get help from the Swedes will be good."

And getting help from Zibanejad will be good for his homeland, too. In their final pretournament game against an unbeaten Canadian team, the Swedes took a 5-3 decision with Zibanejad scoring twice, including the clincher into an empty net.

No doubt he'll have more to say as the tournament moves along. Perhaps he may even be allowed to talk about it. He should because he's that good. 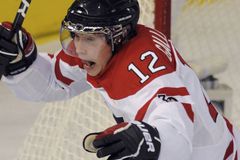 Gearing up for the world juniors
Gallery
December 23, 2011 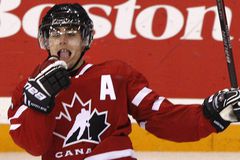 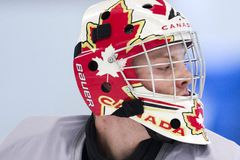 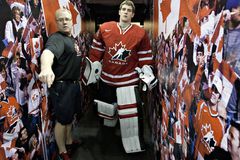