One significant voice could be missing for several NHL teams when training camps get under way in mid-September.

Fourteen of the league's 30 head coaches will take part in the World Cup of Hockey in Toronto, potentially sidelining them for the start or bulk of their own NHL camps.

It's a unique scenario that has led to some meticulous planning for Tampa Bay Lightning head coach Jon Cooper.

"If you're going to go on vacation you plan for somebody to watch your house, sit your dog, all those type of things, so this is no different," said Cooper, an assistant with Team North America. "You're planning exactly what's going to go on every single day; you're just not out there blowing the whistle. But everything is set right down to the minute on how things are going to go.

"To be honest," he added, "there's probably a lot more care going into this camp than there has been in previous ones because you're not there."

Cooper doesn't think the World Cup will cause much disruption.

Four of the eight World Cup teams, he points out, will be eliminated by the time NHL camps open Sept. 22. Another two teams will be out three days later. It's only those that advance to the final series, which could end as late as Oct. 1, that stand to miss almost all of camp.

Cooper would miss four of the Lightning's six exhibition games if North America advances that far, not to mention a number of early practices.

World Cup duties have altered his preparations for training camp. Cooper started planning about three weeks earlier than usual and he worked alone, which is unusual, wanting to spare his assistants an extra round of travel following a second straight trip to the Eastern Conference final.

Cooper expects to lean heavily on his experienced staff. Tampa's associate coach for the past three seasons, Rick Bowness, has been a head coach for five NHL teams while Todd Richards joins the staff as an assistant this year following stints as the head coach of the Minnesota Wild and Columbus Blue Jackets.

"I've got guys that can [run training camp] in their sleep so I'm in a pretty advantageous situation," Cooper said.

Cooper met with his staff in early July to outline a general plan on and off the ice and since then, he's made only "tweaks." Little in the day-to-day operation of camp would change in his absence.

Beyond an experienced bench, Cooper believes the Lightning are additionally well-positioned by their mostly static roster. The guts of the group, which fell in seven games to the eventual Stanley Cup-champion Pittsburgh Penguins following a trip to the Stanley Cup final in 2015, has remained the same for two-plus seasons, meaning already well-established expectations and culture.

Tampa could be missing a large chunk of its roster at various points during camp with 12 players participating in the World Cup, including team leaders like Steven Stamkos (Canada), Victor Hedman (Sweden) and Ondrej Palat (Czech Republic).

Cooper calls those players "the engine that stirs the drink" and in their potential absence he'll count on others like Ryan Callahan (named to the U.S. team but sitting out with injury) and Brian Boyle to steer the group.

In his own absence Cooper will have to depend on his assistants in the evaluation of new players competing for roster spots, including James Wisniewski, a veteran defender who garnered a professional tryout after being bought out by the Carolina Hurricanes, and Cory Conacher, a former Lightning forward who spent last season in Switzerland.

"But in the day of technology, even if I do miss exhibition games I'm going to have a videotape of all that stuff," Cooper said. "And the other thing we talked about is videotaping practices more, especially the ones where I'm not there where you can do a little bit more evaluation in that as well."

"When you have to cram more hockey into a year that's already full of hockey it just makes it a little bit more demanding," he added. 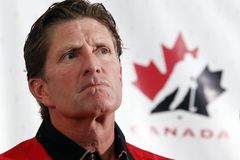 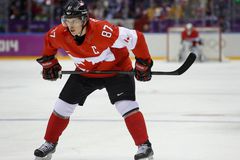 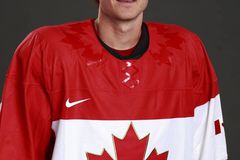