The Staal brothers helped the Carolina Hurricanes keep up their unlikely dominance of the Toronto Maple Leafs.

Eric Staal had a goal and an assist, leading the Hurricanes to a 2-1 win over Toronto on Friday night and a sweep of their three-game season series.

Jordan Staal had the other goal for the Hurricanes, who won both previous meetings this season by 4-1 scores — on Dec. 16 in Raleigh and Jan. 19 in Toronto. Carolina, which has won four straight in the series, is 21-7-1 in its last 29 games against Toronto. The Maple Leafs last won in Raleigh on March 16, 2011.

"The penalty kill was good," said Hurricanes coach Bill Peters, whose team squelched all four in the game. "The PK has been good for a long time. Sweeping this series was good for sure. We didn't give up much against them (outscoring the Leafs 10-3 in the series).

"They've got some explosive guys and for the most part we did a pretty good job."

Carolina goalie Cam Ward, playing in his 499th NHL game (all for the Hurricanes), had 23 saves.

Brandon Kozun had his first NHL goal for the Maple Leafs, and James Reimer stopped 24 shots while falling to 1-10 in his last 11 games.

"At the end of the night the chances were similar," said Toronto interim head coach Peter Horachek, who dropped to 2-15-2. "I thought we had a couple more 'A' chances. Ward played exceptionally well, and had some big saves. He was rock solid.

All the scoring came in a first period in which each team had 12 shots on goal.

Eric Staal gave the Hurricanes the lead on a power play with 6:05 remaining in the period, beating Reimer on a redirection of Justin Faulk's blast from the high slot.

Kosun tied it with 2:07 to go when he followed his shot for the second time after his first attempt ricocheted off the left post.

However, it took just 16 seconds for Jordan Staal to put the Hurricanes ahead again, receiving brother Eric's pass from the right boards in the slot and flicking the puck past Reimer glove side.

"It's nice to get the assist when Jordan scores," Eric Staal said. "It was a good play. He got the stick on the ice and was able to pull up and make a play. It was a big goal at the time, and we didn't need any more."

His brother was also pleased.

"We've been fortunate to win a few since I've been in," said Jordan Staal, who returned to the lineup Dec. 29 after suffering a broken leg in a preseason game. "Hopefully we can keep moving in the right direction.

"It was big to get that goal right back. It was nice to be able to rebound and take control again. Those are the things good teams do, take away momentum and try to keep it in your favour."

Carolina outshot Toronto 8-6 in a scoreless second in which the Hurricanes killed off three penalties while the Maple Leafs overcame one.

NOTES: The Maple Leafs host Winnipeg on Saturday night, while Carolina plays at New Jersey. ... Eric Staal had his sixth multi-point game of the season. ... Kozun was in his eighth NHL game. ... Toronto RW Joffrey Lupul missed his fourth straight game (lower body) while C Trevor Smith (lower body) missed his second straight. ... LW Chris Terry and RW Patrick Dwyer were healthy scratches for the Hurricanes. ... D Andrew MacWilliam, up from the Toronto Marlies of the AHL on an emergency basis, was a healthy scratch for the Maple Leafs. ... Carolina is 60-36-13-1 in the all-time series, including 31-17-6-1 at home.

Ex-Leafs coach Maurice says Toronto market can be like ‘a drive-by shooting’
May 12, 2018 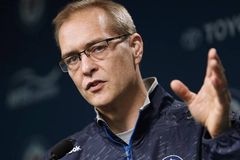 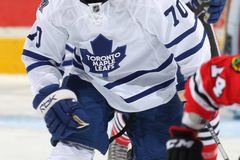 With Leafs out of contention, injured Lupul resting instead of rushing back
May 12, 2018 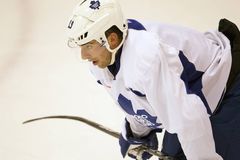 Horachek calmly guides the Leafs through stormy waters
May 12, 2018 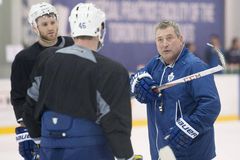 No player is safe as Leafs embark on rebuilding project
May 12, 2018 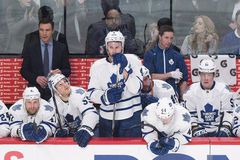