Some beliefs are stubborn enough to resist not only argument, but facts.

Take, for example, the idea that the Montreal Canadiens' Carey Price doesn't deliver in the playoffs.

The Habs triumphed in the first round without their goalie stealing them a game, on Thursday they opened the second round with a game he most assuredly did.

Vezina trophy nominee Tuukka Rask has still not beaten the Canadiens at home in his career (he's now 0-9), a match-up where the pre-series storyline was all about tempers and the need to keep them in check was, for one night at least, about the goalies.

Actually, it was mostly about one goalie, and a defenceman.

P.K. Subban scored on a power-play slap-shot at 4:17 of double-overtime – his second of the game – and performed a minimalist celebration as fans rained garbage down onto the ice.

Price made 48 saves in his club's 4-3 win, afterward Subban said "when a guy stands on his head like that, you have to find a way to win for him."

The deciding goal came moments after Boston defenceman Matt Bartkowski was whistled for taking down Montreal's Dale Weise in front of the net – at the time, Weise had inside position and was trying to sweep a puck past Rask.

"I'm not going to comment on whether or not it was a penalty. The result sucks afterwards," a disconsolate Bartkowski said after the game.

The Habs managed to escape with a win despite being heavily out-shot and out-chanced, and despite giving up leads of 2-0 and 3-2 to a swarming Boston team.

"We got pushed back a bit on our heels . . . they came with the home ice pressure, they're a relentless team," is how Price described it in a quiet Habs locker room.

By then he'd had a moment to exhale and wipe away the sweat; the full impact of his achievement was not lost on his teammates.

"We were off our game a good portion of the game, they carried the play . . . the performance (Price) had tonight was just unbelievable, it shows the character he has and where he's come from and where he's grown," said Montreal captain Brian Gionta.

The Habs will need to make some tweaks to a system that stifled the Tampa Bay Lightning in the first round but wasn't able to cope with the layers of Boston's attack – all night long, the Bruins used lateral passes and feeds to trailing players to spring clear of the Montreal neutral zone trap.

In the first overtime Price survived a puck that trickled along the goal line, then he made a smooth recovery to stone Brad Marchand with his right pad after leaning the wrong way.

Then he made a desperation blocker save as David Krejci's tried to deke around him in tight.

Those are merely the last entries on an exhaustive list.

And the resume contains more than one entry.

In 2011, Price was mostly brilliant in an exhausting seven-game set that was decided by a deflected goal in overtime (he had a .934 save percentage in the series).

This is not news to the opposition.

Before the game Patrice Bergeron, the Bruins' estimable forward, said of his Sochi teammate that "I noticed how focused he is, not only off the ice but on the ice, he was a huge part of our win."

That focus showed early, Price's first save of note in this one came on a miscalculation.

Expecting an icing call on a long Boston clear-in, Price didn't notice the Bruins' Gregory Campbell steaming in to collect the puck as it bounced off the end boards, caromed off his net, and squirted into the slot.

Price calmly blocked the shot with his chest.

Then he snared a Reilly Smith drive with his glove, reading it as it flew through a defenceman's legs.

Moments later, he stoned Campbell again on a wide-open scoring chance from the slot, getting a glove on the puck.

But his best save came with just over three minutes to play in the opening frame.

After some snazzy puck-handling from David Krejci, the puck came to Torey Krug near the right faceoff dot; the talented rookie defenceman tried to out-wait Price, who after seeming to slide across on his belly, made himself big (it helped that Subban decided to play goalie-of-last-resort behind him).

Krug double-clutched, Price stuck out his leg pad, the threat was defused.

In the second period, the 26-year-old had to contend with a David Krejci breakaway in the opening minute (the puck rolled off his stick).

Then, with the Habs' Josh Gorges in the box, Price parried Jarome Iginla's one-timer with his right pad, survived a shot off his left goalpost, and made several stops through traffic as the Habs held on for dear life.

Price has credited the meticulous preparation regime instilled by goaltending coach Stéphane Waite – and the latter's relentless focus on the moment at hand – with his success this season.

On Thursday he was moving efficiently, staying on his skates (as Waite has preached) and keeping his crouch to see through traffic.

But you can't win a game 0-0, and Price's teammates were kind enough to help him out on the offensive side of the puck.

So thoroughly has the idea the Canadiens are a bunch of feckless divers become ingrained in Boston fans' consciousness that on the first penalty of the game – when Matt Bartkowski took a healthy chop at Dale Weise just outside the Montreal blue line – lusty jeers went up in the TD Centre.

The Habs' power-play wasn't especially boast-worthy in the first round, going two-for-13, but the goals it did provide were significant.

So it was that Subban's wrist shot from the point zipped through traffic and into the far corner of the Boston net at 11:23 of the first period.

It was Subban's first goal in 23 games – and it stunned a charged-up crowd that takes great pleasure in hating him.

Early in the second Rene Bourque – yes, him again – was able to convert a Krug turnover in the neutral zone into the Habs' second goal.

Breaking in on a three-on-one with Lars Eller and Brian Gionta, Bourque picked the five-hole on Rask.

The Bruins had ample opportunities to tie the game, notable on their second-period man-advantage, where they pinged the puck around seemingly at will.

Boston always had a goal in them – and in the third period they notched two of them in the space of four minutes.

First Smith put a seeing-eye shot through a screen set by Bergeron and Montreal's Alexei Emelin, and then Krug atoned for his earlier error by wiring a slap-shot past Price.

Unlikely marksman Francis Bouillon nudged the Habs ahead in the third period – after Boston had rallied from a two-goal deficit a game and thoroughly dominated for long stretches.

Boston's Johnny Boychuk, an equally unexpected scorer, tied the game with less than two minutes to play with a point shot that found the top corner past a screened Price.

It was basically the only way to beat him in game one; if he continues to play this way, expect the series to go the distance.

Canucks try to pick up pieces of shattered Tortorella experiment
May 1, 2014 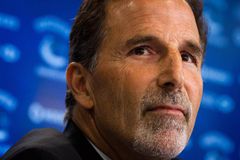 Fresh round of rivalries should keep postseason intense
May 1, 2014 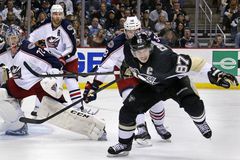 No need for San Jose Sharks to pitch Wilson overboard just yet
May 1, 2014 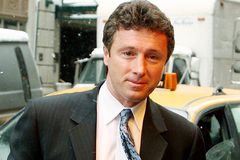 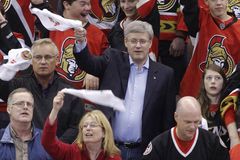 Coaches cagey about lineups ahead of Game 1 between the Bruins and Canadiens
May 1, 2014 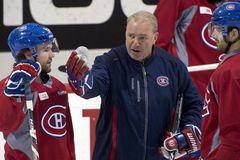 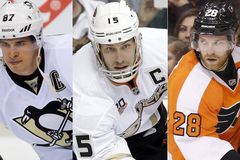