Most pro sports view acts of wanton violence as a failure, to be lamented and erased from memory as quickly as possible; in hockey, they can become cultural touchstones.

Call it a manifestation of the game's lizard brain: Talent can be countered by brutishness, and the beauty is it works almost every time.

In a wider sense, to be a key offensive performer in the NHL is to suffer the democratizing effects of ill treatment. Skill players tend to be phlegmatic about it.

"It's part of the expectation of playoff hockey, right? Guys on the other team trying to make it extremely difficult in a physical way on the other team's skill forwards – and we're trying to do the same for them," said Ottawa Senators centre Kyle Turris, a dynamic player who is often singled out for rough handling.

The dominant narrative from Ottawa's series opener with the Montreal Canadiens focused on Sens sniper Mark Stone's health following a slash from the Habs' P.K. Subban. He wasn't the only player targeted in the game.

Montreal's Brendan Gallagher plays a style that draws close opposition interest – buzz the net, jostle the goalie, rinse, repeat – it's also a function of his skill as a goal scorer (he potted 24 goals this year, one fewer than Stone).

"I went into the game understanding that I was going to have to take some punches, take some shots," he said after a team workout. "I really felt it [Wednesday] night … it's not something I haven't dealt with before. For me, I understand what they're trying to do. As long as I don't get frustrated and let it affect my game then hopefully what they do won't work."

He doesn't mind being roughed up, and there are plenty of people willing to oblige.

This is how you get to Subban's peak-Bobby Clarke moment.

The two-handed whack on Stone wasn't as egregious as Clarke's infamous assault on Soviet star Valeri Kharlamov's ankle in the 1972 Summit Series, but the motivation surely originates from a similar place.

The game not only encourages such behaviour, in some ways it demands it. Those twigs aren't just for shooting pucks.

The stick-swinging annals are full of pivotal moments and the post-slash situation is this: the Habs are up 1-0 in the series, their best defenceman has escaped further punishment, the Sens' inspirational goal scorer is diminished by an injury just as Montreal's is set to return from one (Max Pacioretty could figure Friday in Game 2 and if not, in Sunday's Game 3).

It's advantage Montreal, earned the old-fashioned way: by any means necessary.

The shorthand is to "play a guy hard," and if someone gets injured in the process, well, it's a big-boy sport.

The Habs know this better than most.

A year earlier, Sens defenceman Eric Gryba's suspension-worthy hit in Game 1 subtracted influential Montreal centre Lars Eller from the equation; the series soon descended into chaos, and the Canadiens limped away in defeat.

Now the Habs have donned the black hats, thanks to Subban.

Teams engage in a high level of off-ice politicking in any playoff series, and the Sens' lobbying offensive was impressive.

Revealing the exact nature of Stone's injury – a microfracture to his right wrist and unspecified ligament damage – was a tidy bit of gamesmanship in an era of "upper-body injuries."

And if coach Dave Cameron's postgame remarks hinted at retribution – "You either suspend him or one of their best players gets slashed and just give us five" – Ottawa walked it back after news Subban wouldn't, in fact, be suspended.

He added a flourish to his remarks with an accusation of premeditation: "The disturbing part from my point of view is that there was a threat made before by Subban to Stone; there were two attempts on faceoffs to slash him. One connected."

Expressing disappointment that the league didn't mete out supplementary discipline may sharpen the officials' focus on the series. The Sens will happily live with the added scrutiny.

Subban accepted responsibility for the incident ("It's on me"), denied making any threats and insisted he had no intention to injure Stone, whose status for the series is doubtful.

"I've never done that in my career. It's something that my family doesn't condone, this organization doesn't condone. I'm not out there to do that," he said.

The act was a remarkably dumb decision, and Subban acknowledged as much.

"I don't want take a penalty there, we're already down a man, I just tried to let him know. I didn't even look to see where I was going to slash him … I try to play hard in front of the net; obviously, it's something that I can't do," he said. "As far as targeting anybody … if anything, I feel like a lot of times I'm the target."

Subban chalked his exaggerated reaction at being tossed from the game up to a surfeit of emotion and allowed that in hindsight the penalty was "the right call."

"I've been slashed a lot harder than that," he said.

When asked if planned on reaching out to Stone, he said, "Nope."

There's still a whiff of Old Testament about the NHL, and the sight of Ottawa tough guy Chris Neil lining up on the fourth line at practice on Thursday carried its own message.

Turris said, "You're here to play the game. You're obviously going to stick up for your teammates, though. We'll discuss things in our own locker room as to how we handle that."

Cameron, by contrast, said discipline will be the order of the day.

"I'd be really disappointed if my team starts chasing any one player around and we lose the series because we couldn't deal with an incident," he said.

Grudge matches seldom live up to the hype; it will be interesting to see if Game 2 plays to type. 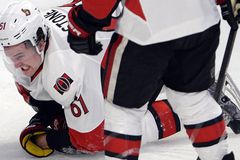 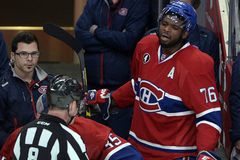 First drops of bad blood spilled as Habs down Senators in Game 1
April 15, 2015 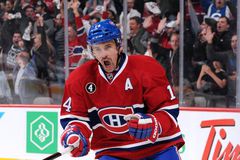 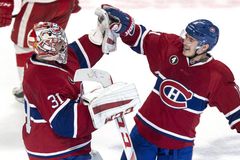 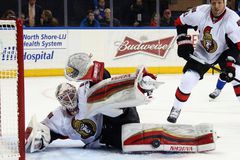